SYM 400i and 600i Maxsym, two alternatives to the car scooter

If you decided to also move in scooter to enjoy two wheels, 400i and 600i SYM Maxsym are good alternatives to the car. We will tell you how. 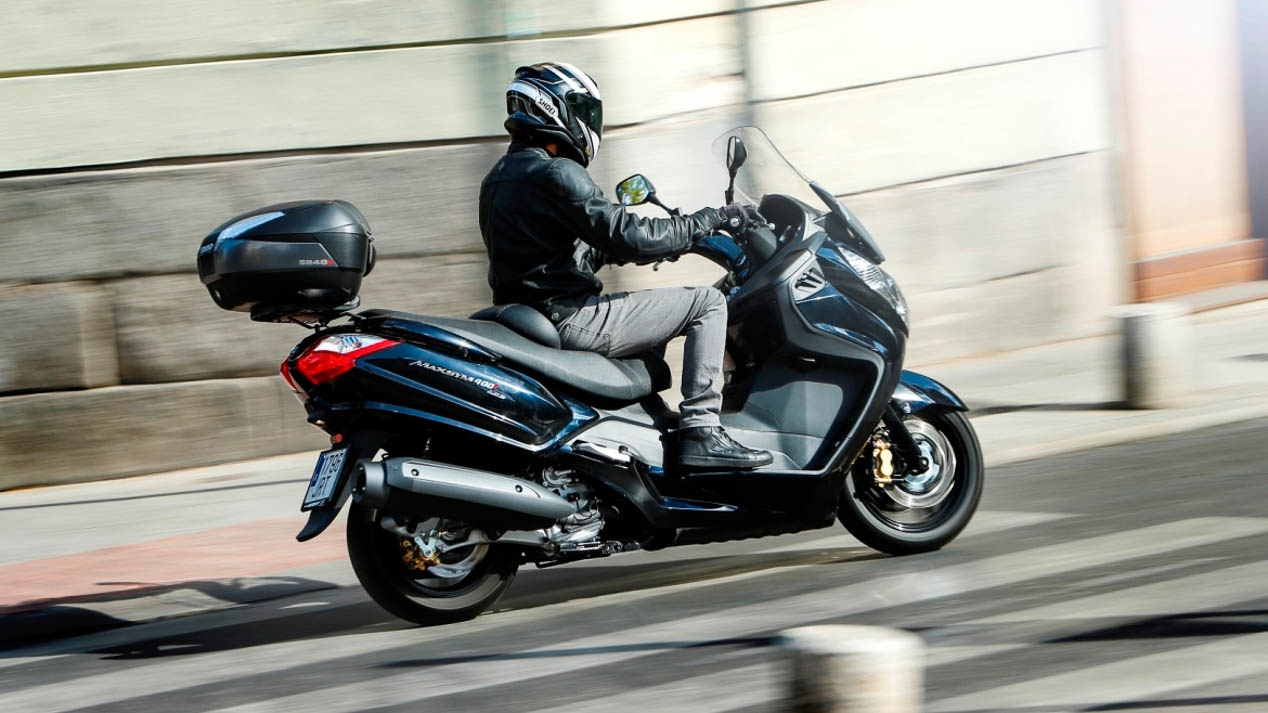 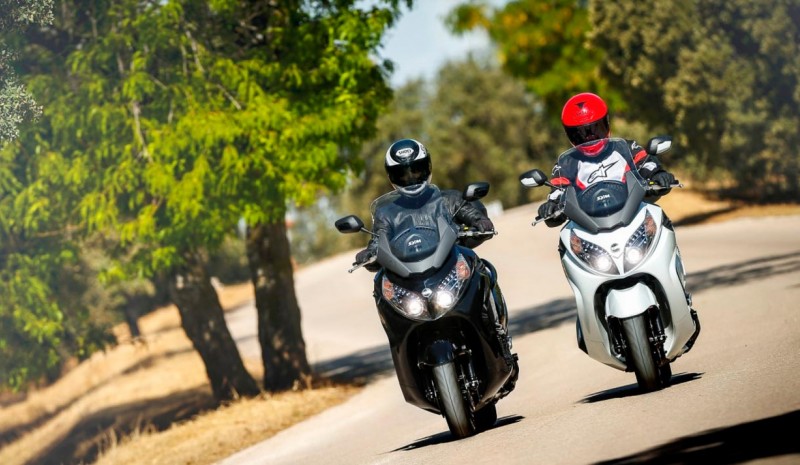 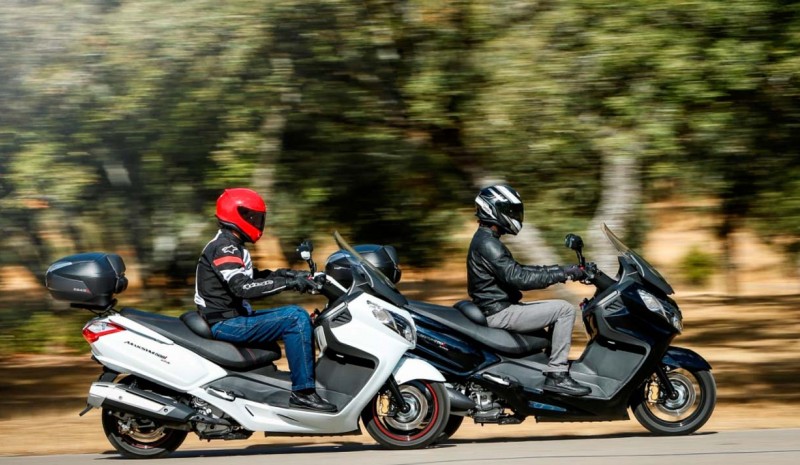 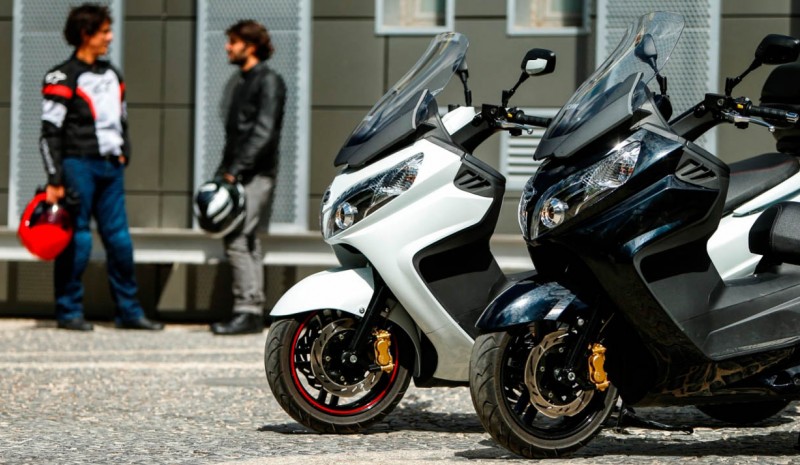 The Models SYM 400i and 600i Maxsym They belong to Taiwan’s SYM increasingly settled in our country. Among his scooter these two models stand out especially on the rest so sure you will be interested. The Maxsym400i SYM and 600i They are two maxiscooter mixing sport, practical and tourist aspects. Good performance, good finishes, very complete equipment and content prices are your letters, though its displacement you can not handle them alone with your car driving license.

Although both Maxsym 400i scooter as the 600i can be used in similar environments, is the Maxsym 400i which is better suited to the city and it is best handled by small spaces. It is powered by a 399 cc single-cylinder engine and 34 hp. Its price is 5,899 euros, if acquired with ABS, and 5,399 euros if not wearing ABS. Do your rivals? Found on the market models which confront face to face, as KYMCO Xciting 400i or Suzuki Burgman 400.

For its part, the scooter Maxsym 600i It has a wider range than the 400i Maxsym because of its higher performance, so it is best road to go out and enjoy the trips. The Maxsym 600i ABS is driven by an engine of 565 cc and 45 hp advertised, and its selling price is fixed at 6,799 euros. In his case there is available a version without ABS, as with the Maxsym 400i, but on the other hand if there is a Sport variant incorporating aesthetic details themselves. Rivals? Well not so much. The Maxsym 600i is a unique species because, although its benefits approach and even exceed those of their counterparts of two cylinders, is clearly lighter and its price is almost half.

Not only for performance impressed the SYM 400i and 600i Maxsym. As well noted for their good performance, efficiency and aplomb they are demonstrating to maintain high expressways cruises. Share chassis and components, so that their behaviors are very similar. In fact, observing from afar, they are like “two drops of water” and can not be distinguished unless the look on the exhaust side. Good, If you choose Maxsym 600i Sport version, which has a premium of 200 euros, the more easily you can tell because this sportier version incorporates a seat with specific upholstery with red stitching thread and a sticky, also in red, on fences tire bands.

It’s time set them up. According to the single-cylinder incorporating, you expect a thrilling performance that can make you feel your pistonadas. Nothing could be further from the truth. In addition to little murmuring, softness, both Maxsym 400i and the 600i Maxsym, It is the predominant of both motors rotate when idling or when executing the first low speed maneuvers. To vigorously accelerate from standstill, and the two scooter answered promptly, with logical advantages for “six hundred” but at the same time sweetly.

It is true that the SYM Maxsym 400iva revolutionized all the time and this is reflected in consumption somewhat higher when traveling at 120 km / h maintained. However, in a more varied use and taking advantage of their superior performance, it is the Maxsym 600i which burns more gasoline, narrowly beating the 5 l / 100 km. We should also mention that the acceleration data and recovery are significantly better in the Maxsym 600i, achieving a top speed of 165 km / h (149 km / h in the case of Maxsym 400i).

Ergonomically there are no differences between the two scooter. The driving position is very successful and comfortable for riders different physiognomies. If you are carving contained may seats will prove a little high, and if your height exceeds the average, it is also likely that the screens will look somewhat low and the back of the shields your knees grow closer than desired. But if you measure between 1.65 and 1.80 meters, you’re in luck because They maxsym these are practically perfect for you. Both give us a very high ride comfort and very nice touch controls, and not be weary just to walk long distances. Also noteworthy is the good treatment that receives the passenger who although is a little higher than the pilot, it has a practical support for your lower back, side handles and folding stirrups system “one touch” that makes it easy to open with feet .

– Discounts and promotions of SYM 400i and 600i Maxsym, retail