The Porsche 911 GT3 gets updated as the other 911 991. Changes aesthetics, power increases with new engine and manual gearbox offers. 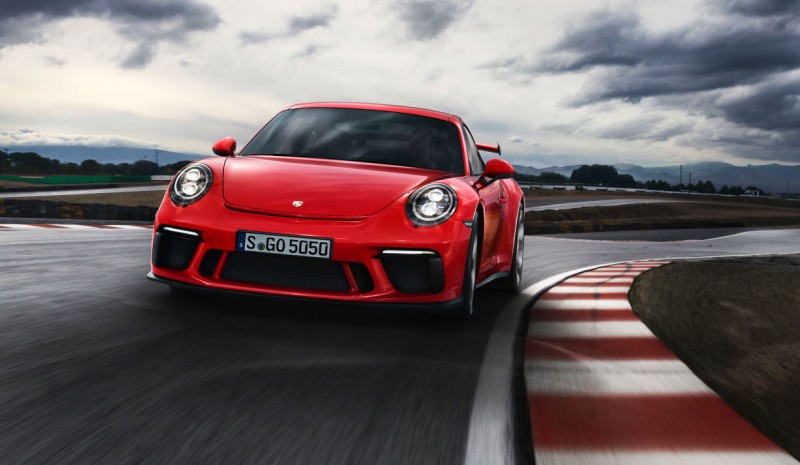 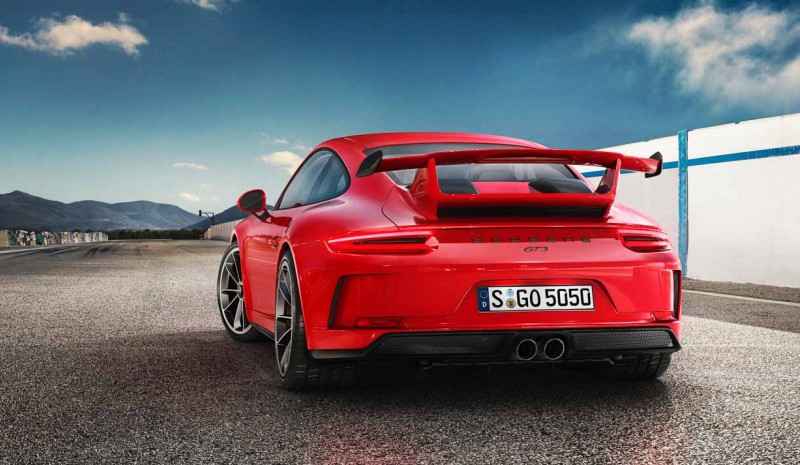 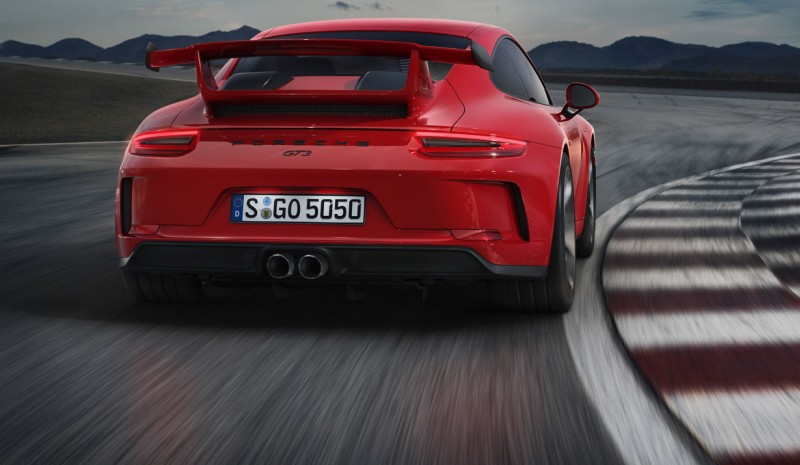 The 991 generation of the Porsche 911 He received late last year a major upgrade. Besides the usual improvements in equipment and light aesthetic changes that often occur in these types of updates, 911 was a change that could tick historical: everybody their engines were becoming turbo. This important change affected all versions, but had two irreducible, as Gallic Asterix, which remained without being modified: the GT3 and GT3 RS. Now it is the turn of 991.2 evolve generation and all the fears we had brand fans have dissipated; Porsche 911 GT3 remains atmospheric. Following the success of the limited edition 911 R, which seemed a perfect finale for atmospheric engine, Porsche has worked to make the 911 GT3 faster without having to renounce the naturally aspirated engine, one of its hallmarks.

For the new Porsche 911 GT3 has chosen to put the evolution of its engine, the same used by the GT3CUP competition, going well from 476 to 500 hp. The cigëñal is large and robust, has new pistons and liners and cylinder head lacks hydraulic tappets, to reduce weight and to remove trabajao lubrication system. Stretched to 9,000 rpm (RS remained at 8,800 rpm). The next step will evolve to RS, which undoubtedly will increase its power soon, to separate himself from his younger brother. It has been reduced weight up to 1,430 kilos, so that the new relationship between it and the power is set to a very interesting 2.86 kg / CV. The power increase is significant, yes, but certainly the most striking of the new Porsche 911 GT3 is that You can now be ordered with manual gearbox 6 relations. Series of the same seven-speed PDK but you can order the manual option and free of charge. This change is the same riding 911 R, but with end developments adapted to GT3. With PDK accelerates from 0 to 100 km / h in 3.4 seconds and reaches 318 km / h, with manual takes 3.9 seconds and reaches 320 km / h.

Another novelty is that production passes performed on the same assembly line 911 GT3 CUP racing, sharing development and test track. Porsche say that They have improved tuning of frame, now it is 25 mm lower than a Carrera S. It has the main double springs RS and another smaller in the same buffer. keeps rear axle steering and limited slip differential. Outside slightly changes its aesthetics with new aero package, the spoiler is carbon fiber, the front spoiler is optimized and rear openings and no new diffuser.

Inside shares the wheel with the 918 Spyder, 360 mm in diameter, improves its supply of seats and incorporates latest evolution of Porsche multimedia system, a module for online navigation, traffic information in real time and maximum connectivity. Table physical needles remain speedometer and tachometer. It is including Porsche Track Precision app Series, with which you can record and analyze data turns on the mobile phone. Already orders are accepted. Price for Spain is 175,437 euros.