18 and 11 were the first turbo Renault standard with no close relation to the competition. And 21 was the first 4-cylinder engine … and the best Renault turbo the last century. 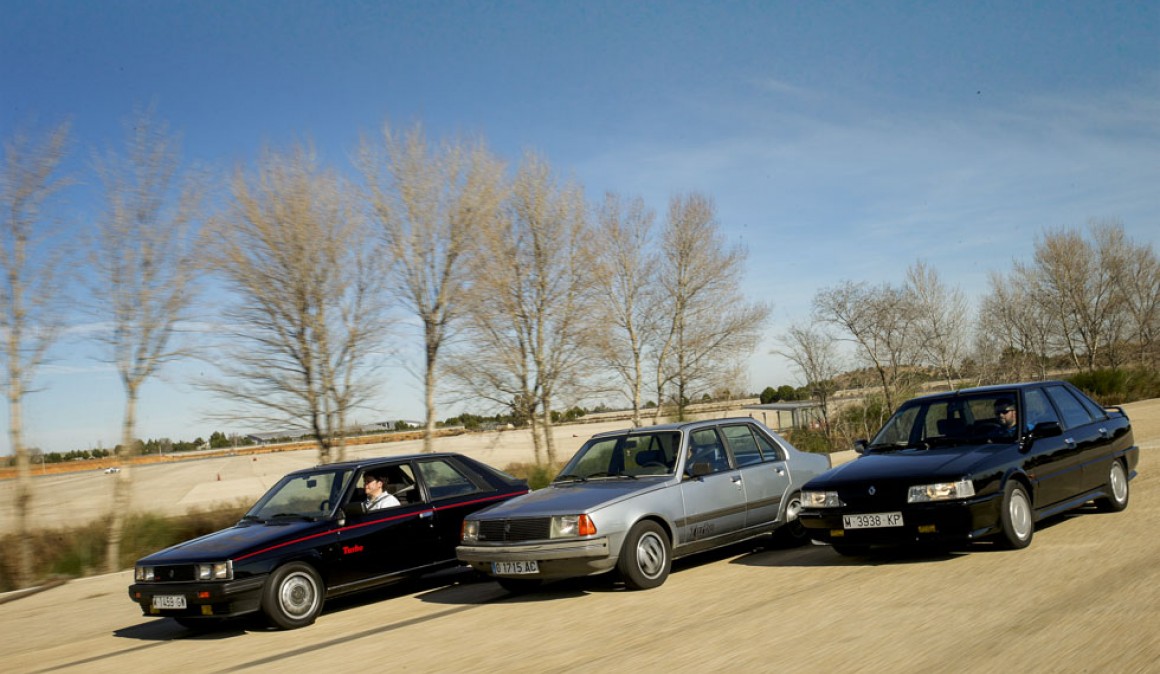 If we consider series cars normal production, leaving out the Renault 5 Turbo, these three players today (Renault 11, 18 and 21 Turbo) They were certainly pioneers in Renault. General Motors was the first brand to venture into the turbo, in the early 60s with the Oldsmobile Jetfire (A version of Cutlass) and Chevrolet Monza Spyder (A version of the Corvair). Were pioneers in Europe BMW, to 2002 in 1973, Y Porsche, with 930 one year later: Both related more or less directly with the competition. The first family sedan was cut in Europe Saab Turbo 99, in 1978 (We miss the mark right?), With a 2 liter engine 145 hp. Instead, Renault launched its 18 Turbo in 1980, with an engine 1.6 liters and 110 hp power. It was a very fast saloon at the time, but closer to a car than a sporty normal use.

Renault and installed in its 18 Turbo a different engine that was developed for the Alpine Turbo, the aluminum Cléon 1.6 liter engine, the camshaft in the block, cylinder head and parallel wedge valves. The turbocharger was a Garret which he sent the compressed air to an intercooler and, hence, to a unibody carburetor. With 8.6 to 1 compression ratio and a maximum pressure of 0.5 bar, He gave 110 hp in a first version, and 125 hp in a second with differences in the turbocharger and ignition.

Despite the rear aleroncito and the big sign “Turbo” on the sides, Renault 18 Turbo is the best unwrapping on fast roads slow and was not uncomfortable suspension. Even in this early version with carburetor could appreciate the advantage of turbocharging: in performance equaled or exceeded the Seat 131 engine 114 hp 1.9 l, but he spent slightly less. The mechanics of 18 was transferred Turbo Turbo Fire, the first coupe in the world in his range a turbocharged petrol and one diesel engine. 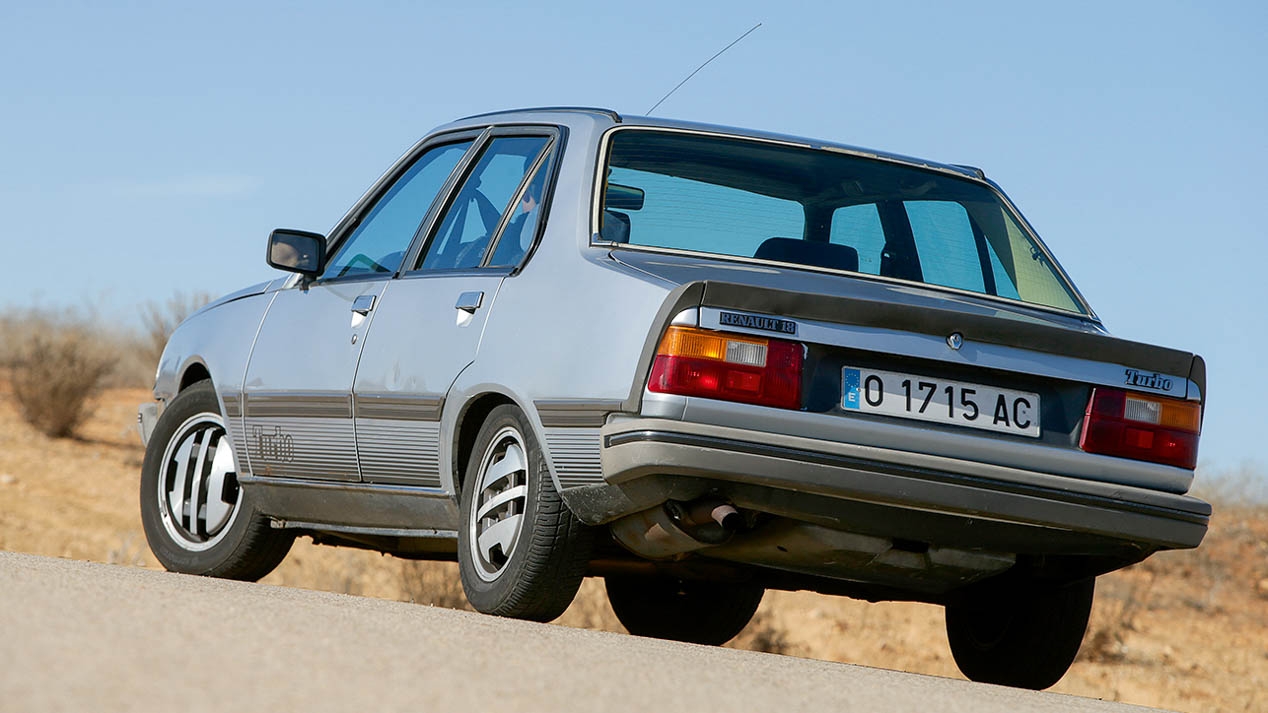 He Renault 11 Turbo with three-door body, and it fits into what “sport compact” is then considered. However, while Renault sold only in Spain this version 9 Turbo four-door body is also manufactured. 11 Turbo engine was very similar to the 5 GT Turbo came next and, as here, there were two versions. In the case of the 11 first it was a 105 hp (1984 and 1986) and then a 115 hp (1986-1989). The reason is that the first engines had problems on and detonation resolved in the second model. In step from one version to another there were also changes body and chassis, and rear disc brakes by original drum, and a reduction of 10 kg in total weight. The engine was the Cléon (Sierra) and casting camshaft in the block, with a turbocharger Garret T2, intercooler and a carburetor carburetor monocuerpo,

The performance of the Renault 11 Turbo were good, but the big difference that would then enter the GT Turbo and competence had not in the case 11 Turbo. Still, it was on par or above a VW Golf GTI 112 hp, of a Lancia Delta HF 130 hp, of a Ford Escort XR3 105 hp, but not a Opel Kadett GSi or Peugeot 309 GTi. The Renault 11 Turbo had no soft suspension and reactions were balanced, but did not offer the sporty feel of some of the models (309 and especially Golf). Yes, it cost almost half the Golf or the Delta. 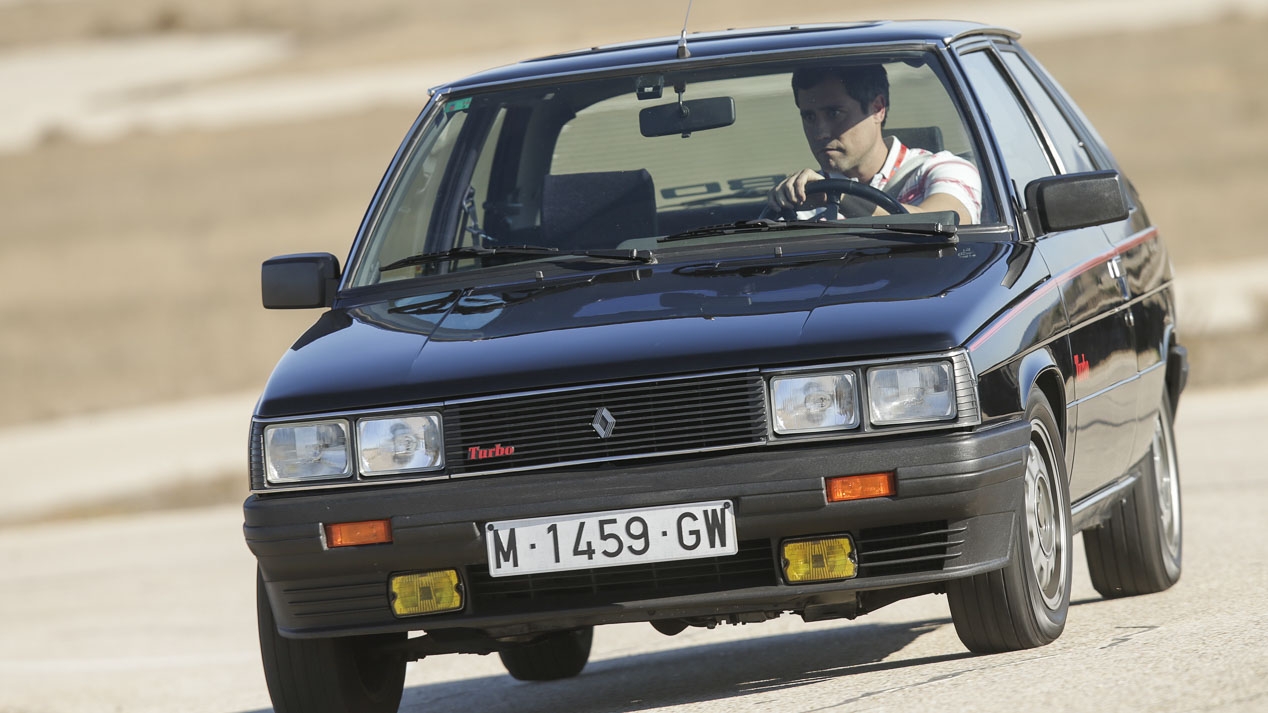 If doubts can fit 18 and 11 whether they respond as a sport or not, in the case of Renault 21 was clear yes. Who carried out the project became a sedan as peaceful a kind of large body GT Turbo and much stronger. 21 Turbo reached the market in 1987 with the Douvrin four-cylinder engine. This engine, in atmospheric, with 2 liters and eight valves, was nothing special, but at least they had the camshaft in the cylinder head and hemispherical camera, besides the aluminum block. They added a turbocharger Garret T3 blowing to 0.9 bar, two intercooler, Renix electronic injection and 8 to 1 compression.

The first version of the Renault 21 Turbo, without catalyst 175 hp reached only 5,200; power was actually much higher. In 1992 it came the catalysed version stayed at 162 hp at 5,500 rpm and lost part of the fun. It was impressive for its thrust, although part of that impression was due to a delay in response was still big, bigger even than some previous models. In any case, once you got used to consider the delay and step on the gas in advance, it did not bother much. 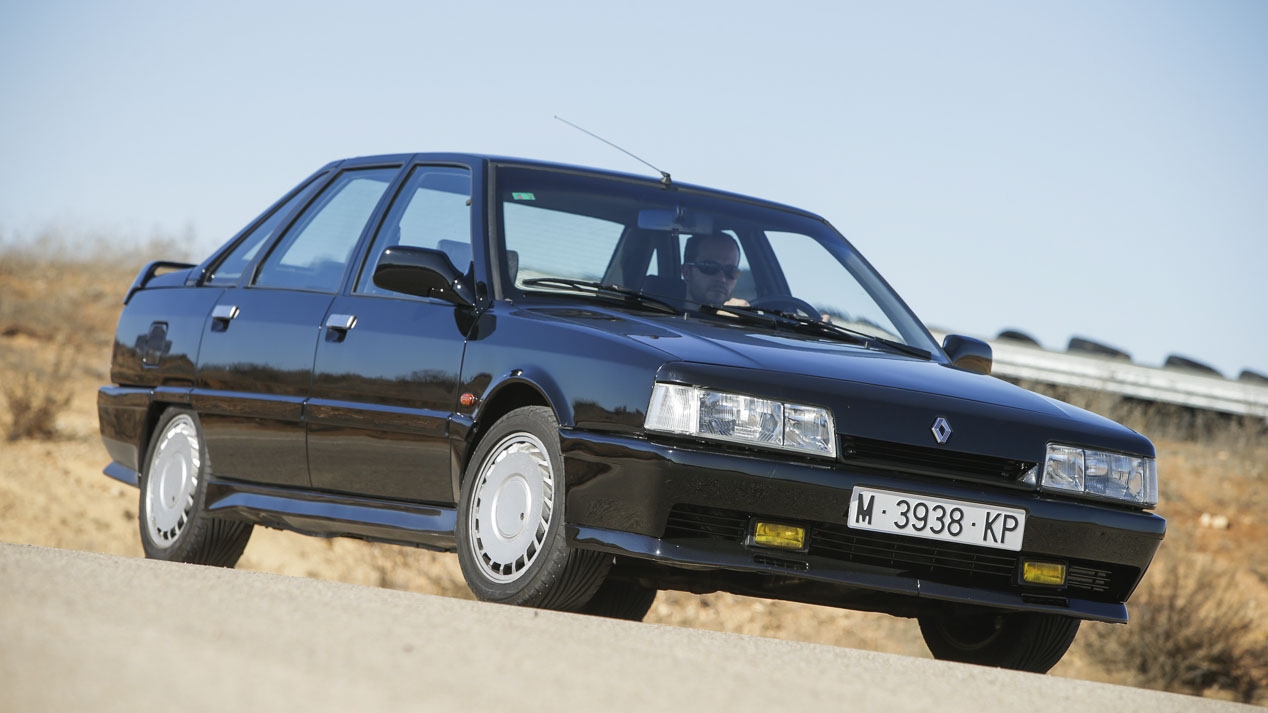 He engine was what distinguished the Renault 21 Turbo, but not all. On the good base 21, Renault made modifications to the chassis that became a sports saloon: lower body, other settings springs, dampers and changes in wheel alignment. With a good feel and address brakes enduring more than usual (although not as desirable) 21 Turbo was among the best also when the driver was not speeding. The driving position was failing a little, as in all sports Renault at the time. The seats had an envelope, but with something soft filling, and steering wheel that inclination so characteristic of the brand that leaves the top and bottom close distance.

In 1989, when he began to fashion combining turbocharged engine and all-wheel drive sedans such, Renault 21 Turbo Quadra launched. Had a planetary center differential asymmetric (more force on the front axle) with a viscous coupling, plus a manual locking rear differential (only very slippery surfaces). It was the fastest saloon in its class until They reached the 405 T16, I did not clearly exceeded in performance despite its 196 hp, and Opel Vectra Turbo 4×4, accelerating faster but more stable. Apart from the considerations that can be done as a sport and as a product in general, the Renault 21 was the best of the first time Renault turbo.