Land Rover takes advantage of the introduction of efficient diesel Ingenium to make significant improvements in their most successful of late model, the Range Rover Evoque. dynamic and aesthetic changes that add value to this “object of desire”. 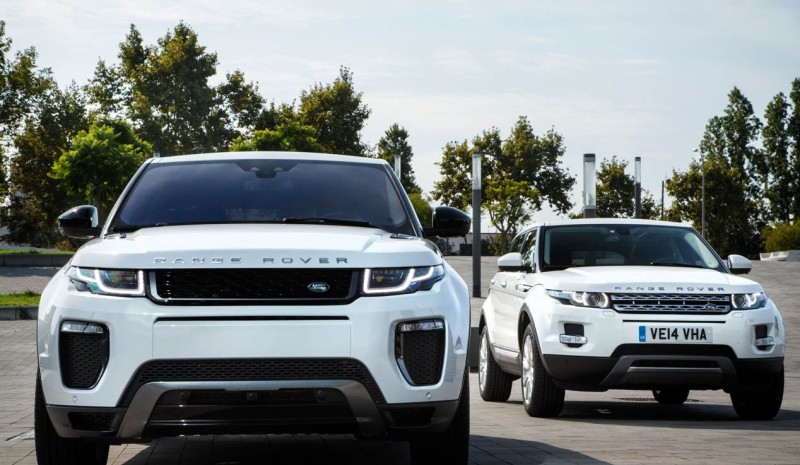 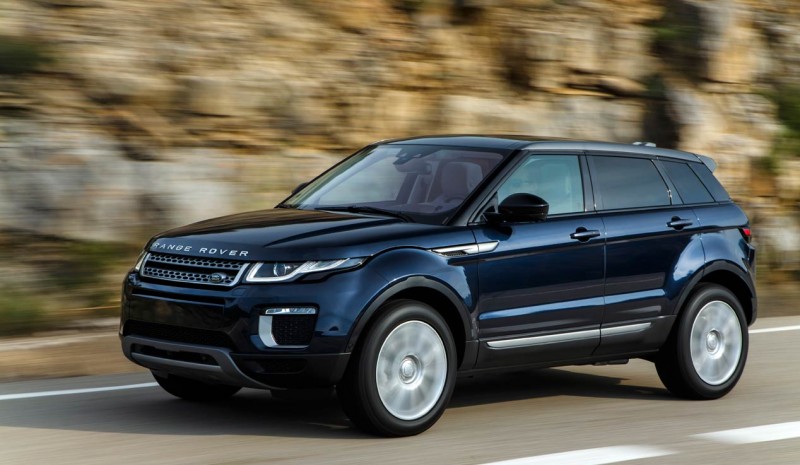 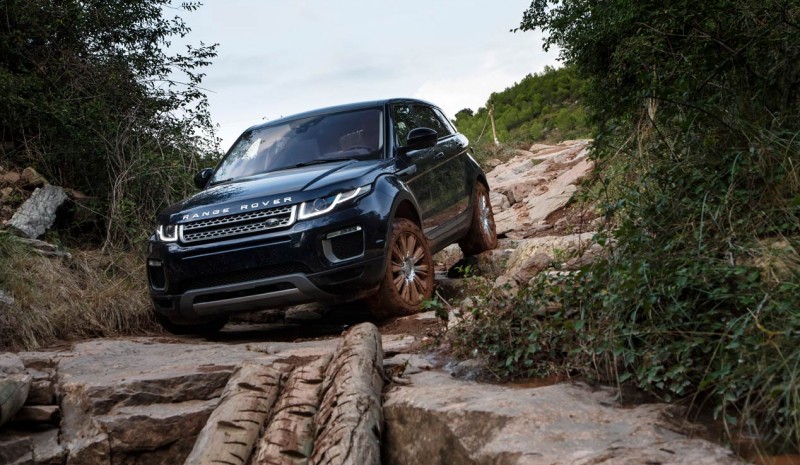 450,000 units sold worldwide until July, since its launch in 2011, are the leading letter of Range Rover Evoque. Four years later, partly also it bound by the Euro6 legislation touches renewed. But Land Rover has not been limited to the introduction of new diesel engines Ingenium known in other models of the manufacturer. It is accompanied by cosmetic changes -the less- Dynamic -related significant weight reduction of engines-, the introduction of new driver aids and equipment.

outwardly the cosmetic changes are minimal, Game’s own “five differences.” And it is that if a product works, why change it, comment from the British brand. Recognizable by its muscular look and streamlined, with new bumper showing lateral air intakes larger and new LED lamps that are placed on them. Launches new adaptive headlights type LED, the first Jaguar Land Rover models do so. Behind also debuts headlights with a sleeker appearance.

Inside, it becomes more sophisticated with the introduction of numerous details in padded leather on the door trim and dashboard, which are combined with new interior colors. New seats, now can choose two different designs, one manual adjustment in six movements and Premium memory function and lumbar adjustment and adjustable side bolsters. As in the primal, one of the great strengths of Evoke is its ergonomics and exceptionally comfortable driving position, whatever your size, quickly you find the right driving position.

But the big news of Evoke lies in the mechanical section. Not so much in the gasoline engine remains the 2.0 Si4 240 hp and the diesel. Two versions of the diesel engine turbocharged 2.0 four-cylinder Ingenium, already incorporated in other models in the range as XE and XF, yes adapted to the transversal position, in fact this engine releases 20 percent of the pieces. Same aluminum block, which is a significant weight savings between 20 and 30 kg, which comes with two powers, 180 and 150 hp both with stop / start. To achieve compliance Euro6 particulate NOX uses AdBlue, 15 liters, we ensure that enough not to have to load between maintenance intervals, which incidentally they are now more extensive and may reach the current 26,000 to 34,000 kilometers. 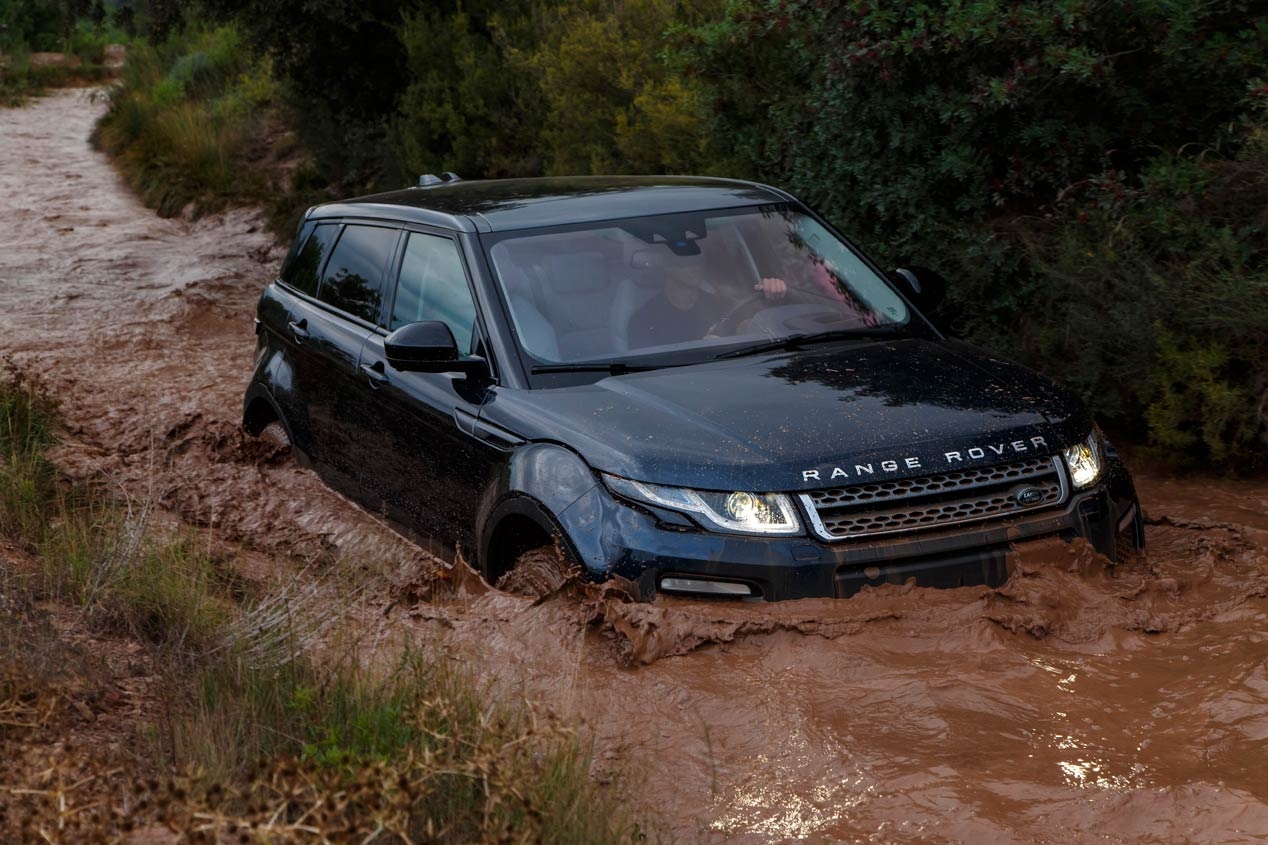 Although we have driven both engines, we will focus on the ed4 the 150 hp version combined with 4×2 drive and manual six-speed gearbox. Is about the most efficient full range manufacturer (E-Capability first version, with blue badge to emphasize that this is one of the most efficient models in the range), announces a homologated consumption of 4.1 liters per 100 km and emissions of 109 g / km. Road well, very soft, with a good response and which is very agile, also partly thanks to the suspension settings, both front and rear appropriate weight reduction of engines. Good sensations. The manual gearbox is correct, nothing more. Something hard sometimes, no color with ZF 9-speed automatic. Worth the effort to opt for the latter (2,500 euros). But it is out of asphalt where the Evoque remember it is a Range Rover. Even in the 4×2 version, it is able to reach where other rivals would not get far. his behavior is excellent in rough terrain with poor grip. Minimum angles of attack 22 °, ventral 22 and outlet 33 connected to a fording depth of 500 milímteros, we exceeded slightly in our test with no apparent consequences.

On the other hand, the Land Rover Evoque debuts 2016 hands-free trunk opening. So that a movement shaped kick PUE you can open it, without pressing any buttons. This type of Openness is very comfortable but you need a little training to know where are the sensors. 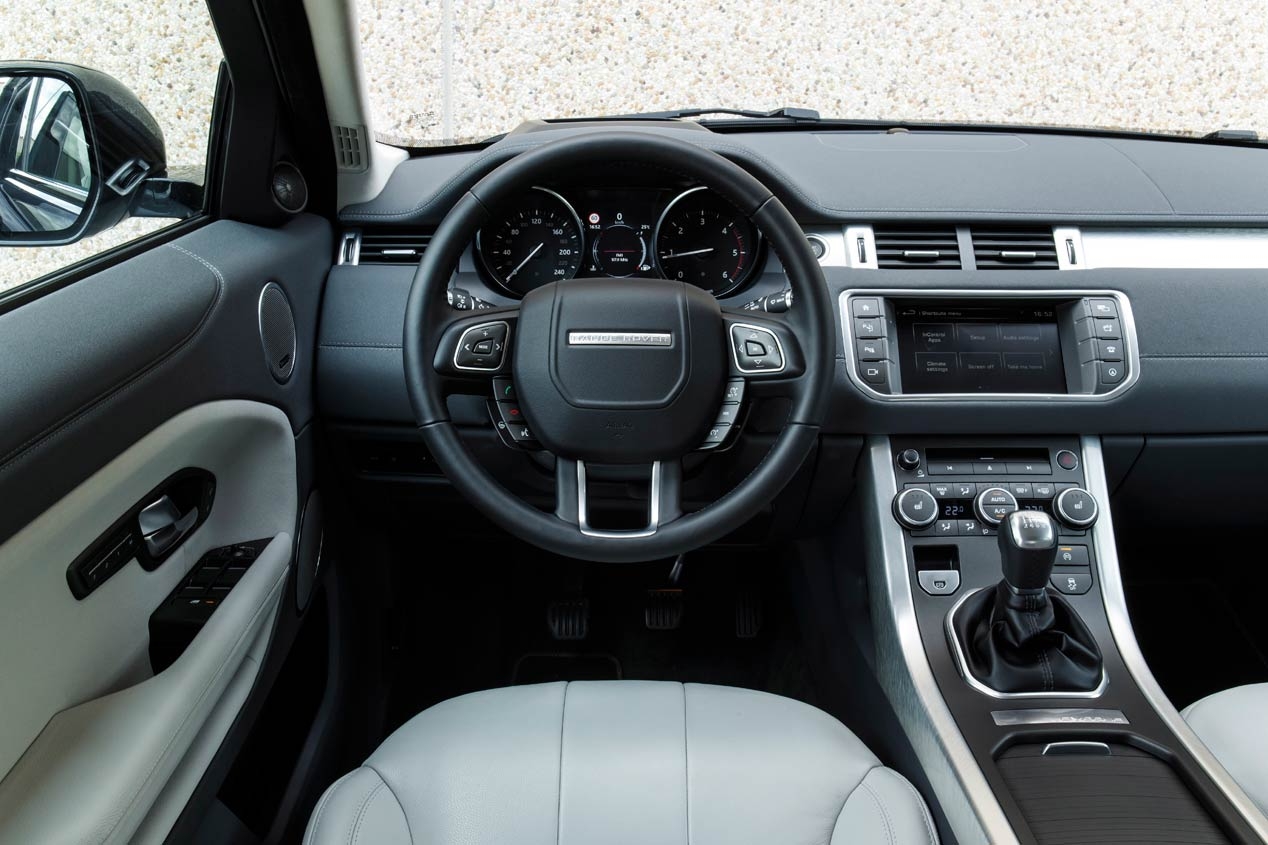