The back or "ass" a car is usually very attractive for car lovers. We collect the top 10 who have left the factory last year. 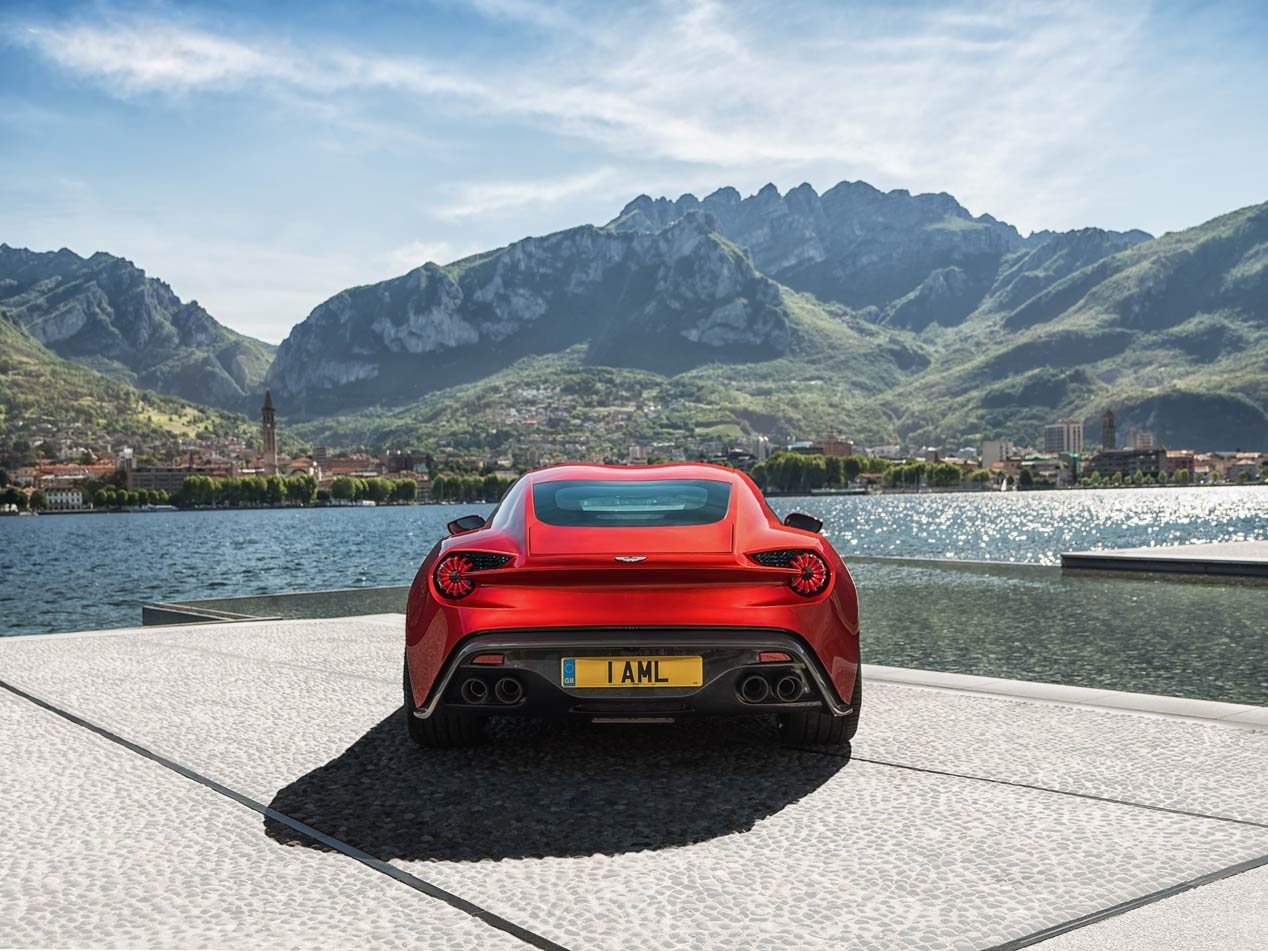 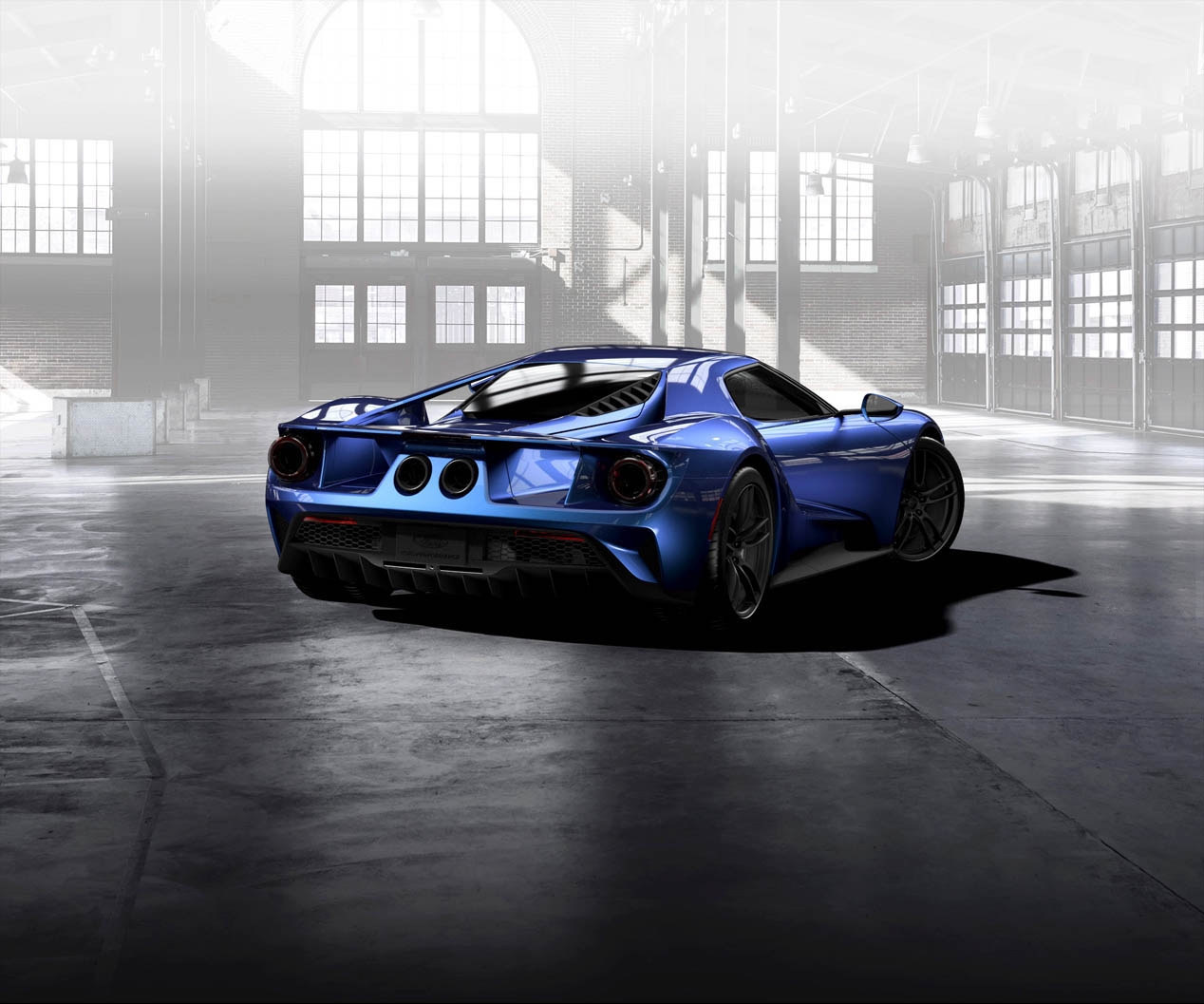 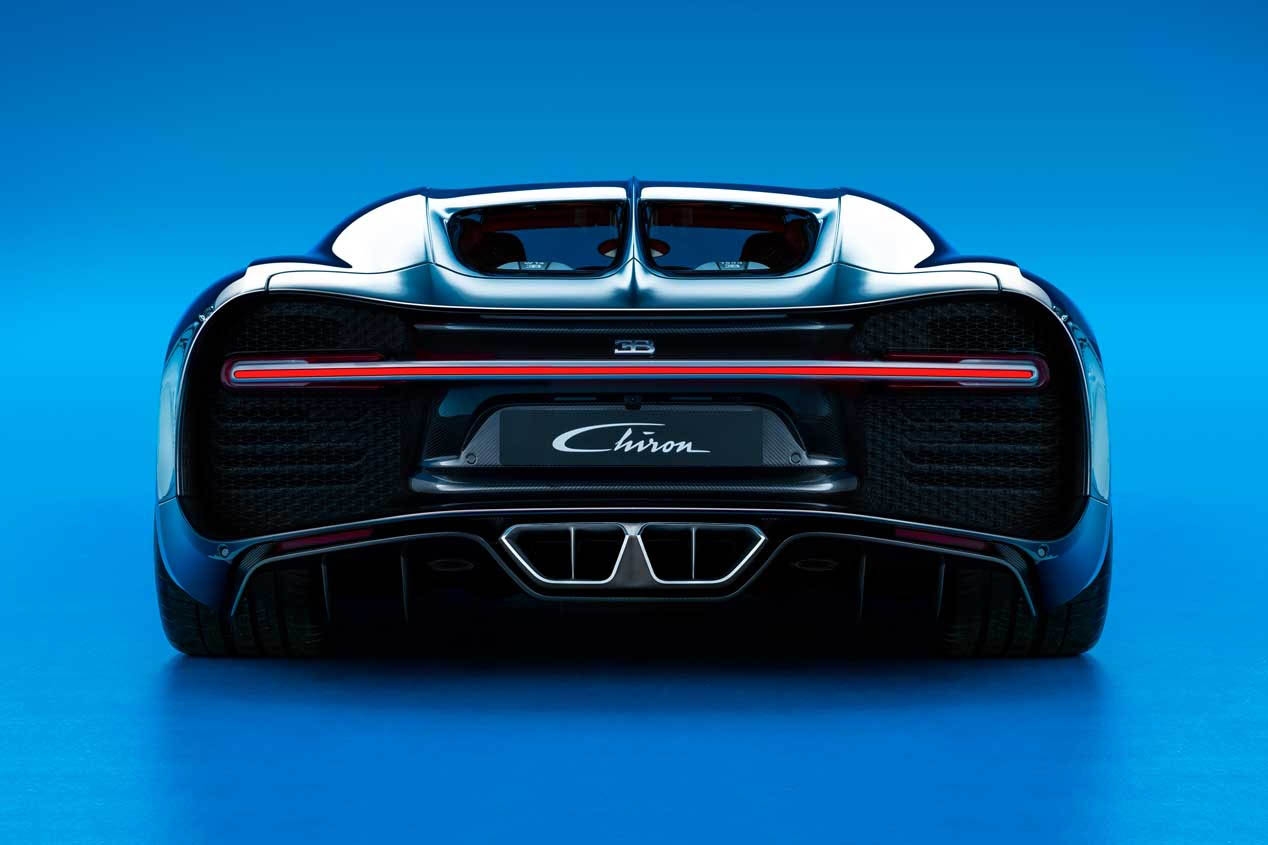 The back of cars usually attract much attention, especially when we talk about sports or supercars models. Generous spoilers and diffusers have a great job in the streamlined look, which gives rise to strange designs and elements more typical of a race car. We collect some of the best "asses" of this year.

The Honda Civic Type R has a 2.0 petrol engine with i-VTEC 310 hp power, accelerating from 0 to 100 km / h in 5.7 seconds. It is one of the cars faster standard with front-wheel drive market. On the back are its impressive spoiler and diffuser departing four exhaust outlets.

The gasoline engine Aston Martin Vanquish V12 Zagato is a six liter 591 CV, a real beast accelerates from 0 to 100 km / h in 3.5 seconds. His defense shows part of the black skirt surrounding the car tail lights and a rounded shape and using LED technology, as in the case of Aston Martin Vulcan. 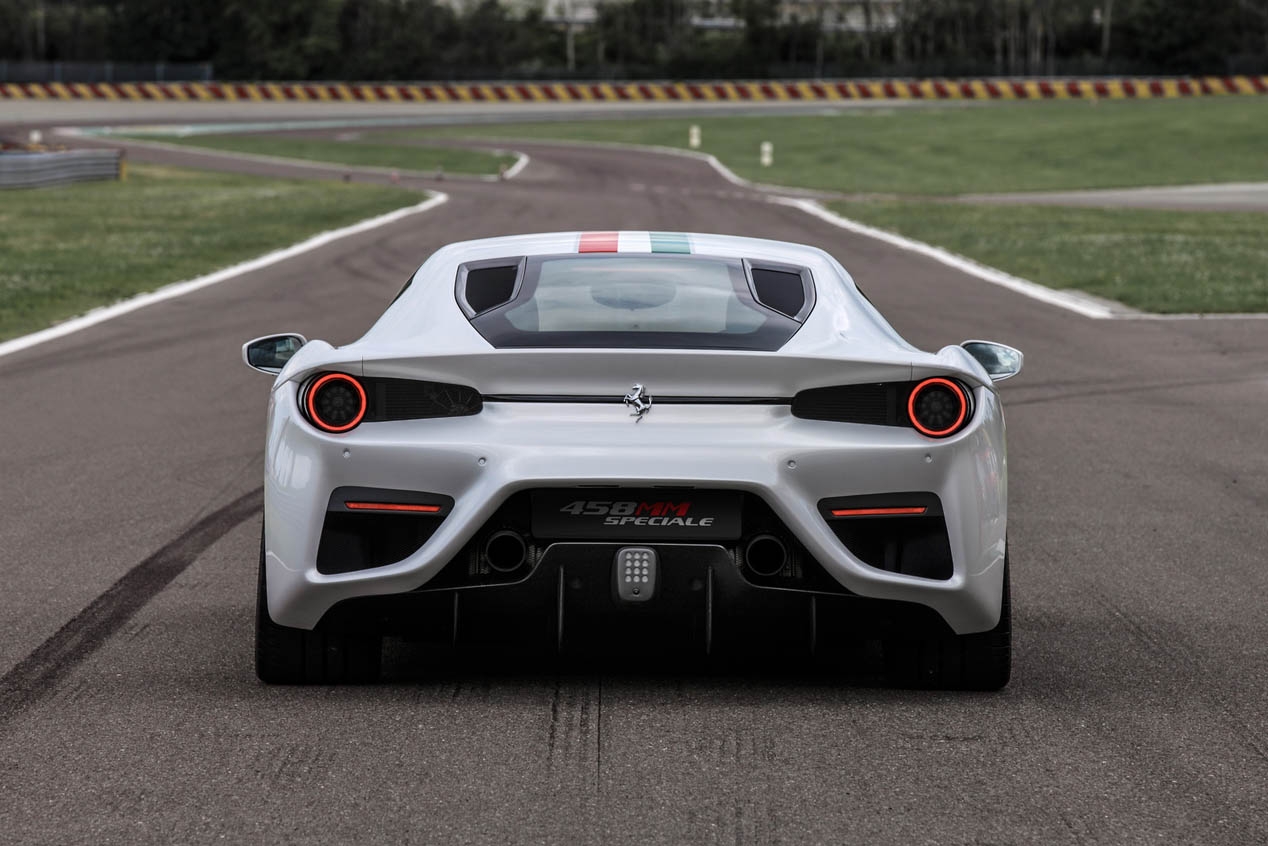 For the Ferrari 458 MM Speciale the V8 petrol engine is used naturally aspirated 4.5 605 CV, block eight-cylinder V most powerful ever created by the Italian firm. The Italian supercar marks an acceleration from 0 to 100 km / h in three seconds. The aesthetics of this exclusive unit remains true to the lines of the ‘Cavallino’ series, but with more sporty touch if possible.

The Honda NSX is a spectacular car with a hybrid propulsion system, combining the 507 hp its thermal block V6 twin turbo and power of their three electric motors (One of 47.6 hp and two 36.7 hp each). Despite its incredible performance, the overall aesthetic is not the most aggressive in the market.

The Bugatti Chiron is a worthy substitute Veyron, having the same W16 engine of 8 liters and four turbochargers, but upgrading the power to the 1500 CV. No wonder it can accelerate from 0 to 100 km / h in 2.5 seconds and reach a top speed of 420 km / h. To achieve these benefits, aerodynamics has required many hours of work, resulting in a rear spoiler which you can vary the drag coefficient of the car based on the vehicle speed, even acting as aerofreno under heavy braking. 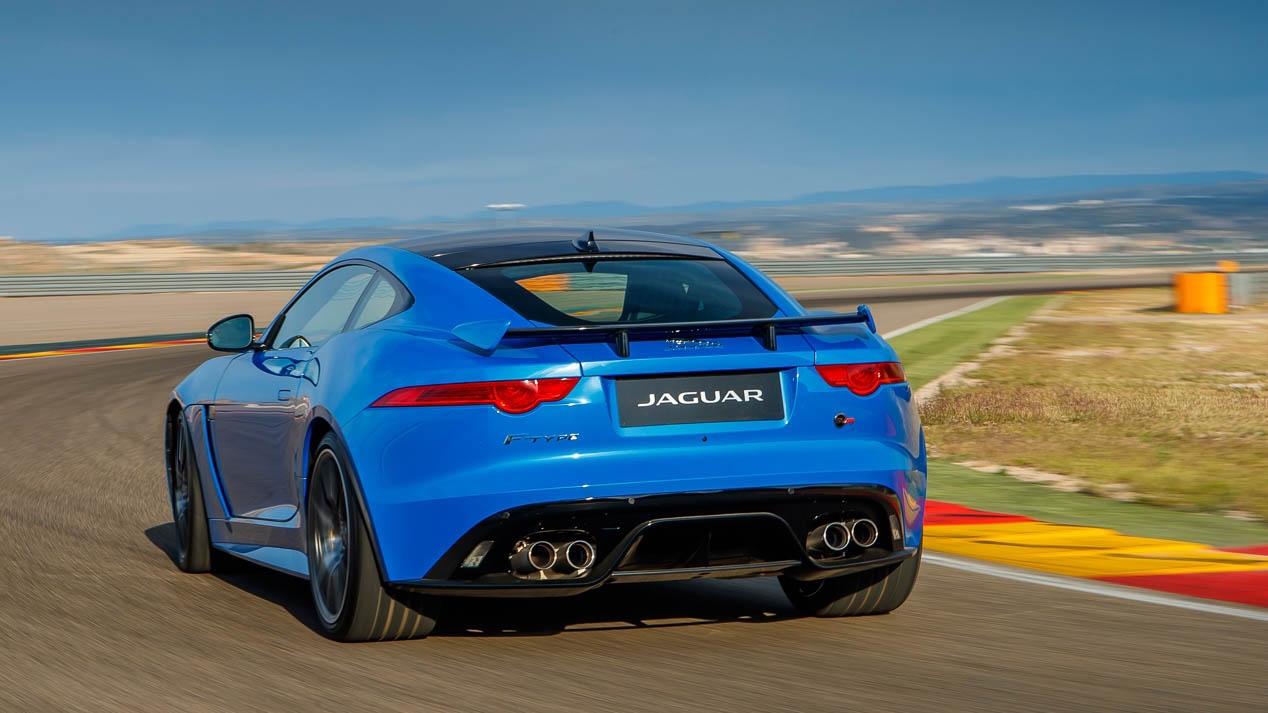 The sports division Jaguar SVR It has been commissioned to do the best job possible with the Jaguar F-Type SVR, the most powerful of the range with its five-liter V8 and 575 hp power. Reducing the drag coefficient has been achieved through a retractable spoiler type automatically it operated from 110 km / h (in the model with coupe body) and working with his rear diffuser, from which two exhaust outlets on each side.

McLaren also has a place in this list, thanks to the new McLaren 570GT. It has a mechanical (the same as the McLaren 570S) petrol V8 4.0 with 570 hp, with getting accelerate from 0 to 100 km / h in 3.4 seconds and reach up to 328 km / h. Its rear with rounded lines and two chrome exhaust outlets (one on each side) forms give it a striking appearance on the back.

The Ford GT has a 3.5 V6 petrol engine with Twin Turbo Ecoboost 600 hp, Downforce while driving handles its active rear spoiler, It is moving to more or less to support the ground. 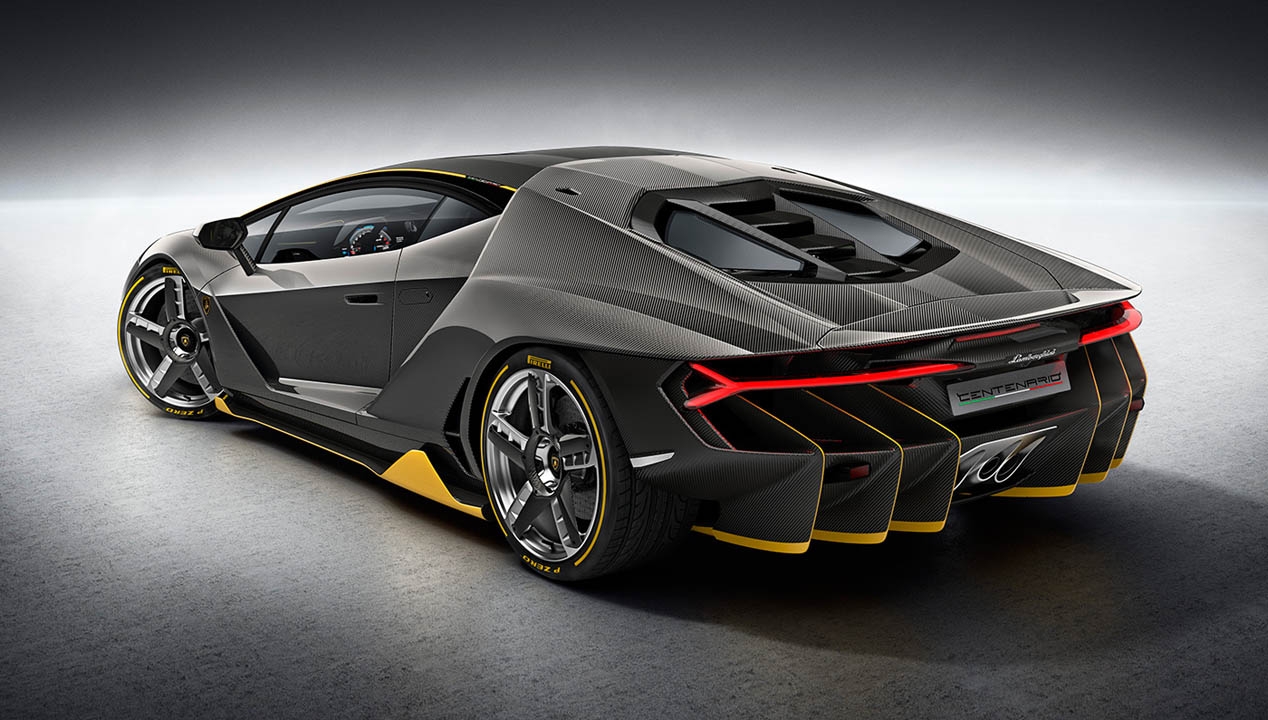 The Lamborghini Centenario has the most powerful engine that can be found in the history of the Italian firm. We speak of an atmospheric V12 petrol engine 770 CV power, a force that is sent to the four wheels and accelerates from 0 to 100 km / h in 2.8 seconds and a top speed of 350 km / h. Its back has a type retractable rear spoiler which can make a recorriio 150 mm and to rotate 15 degrees. Joins in behind a not discreet rear diffuser.