2 Better than 1. That Jörg Bensinger thought when, during testing of the VW Iltis, convinced Ferdinand Piech to create a sporty, all-wheel drive car. This is the story of a myth: the Audi Quattro. 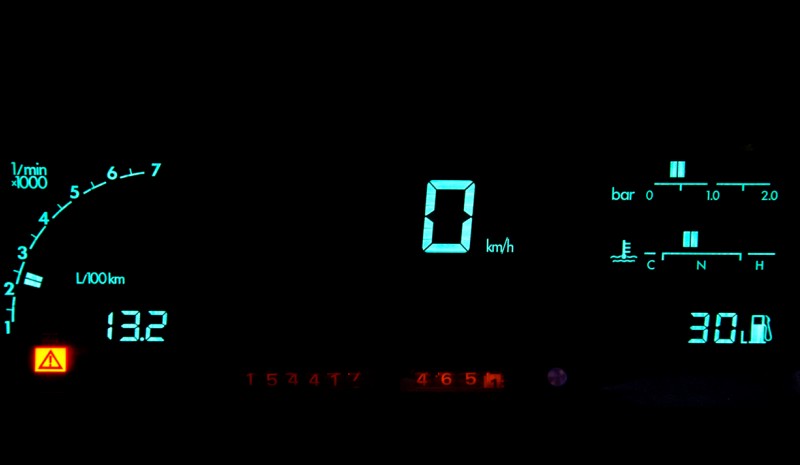 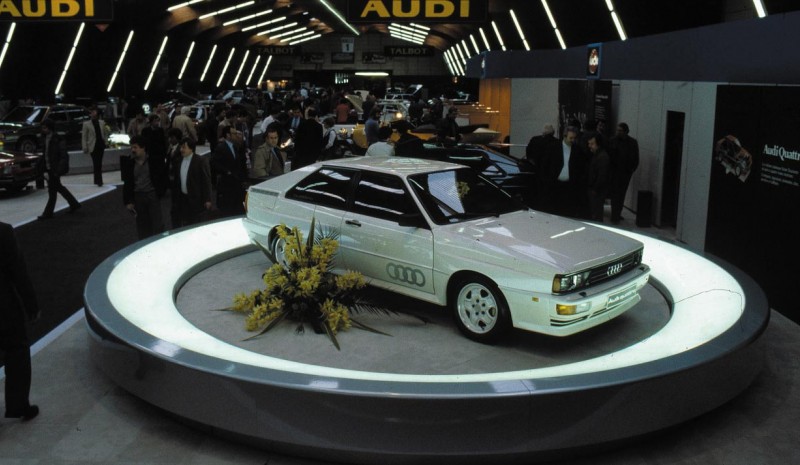 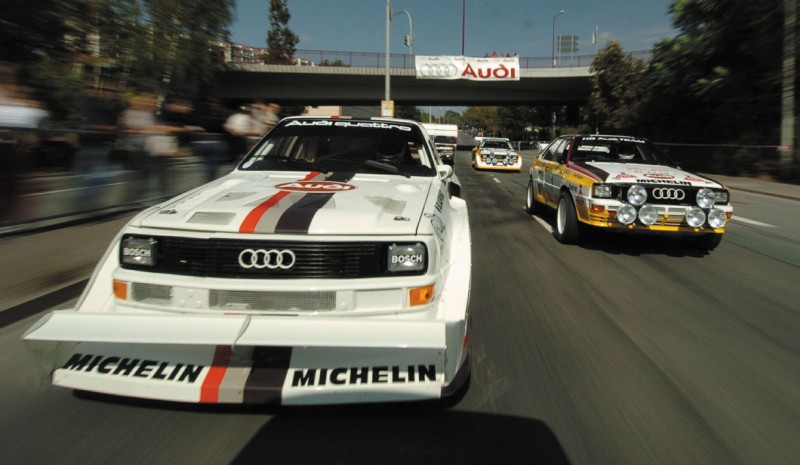 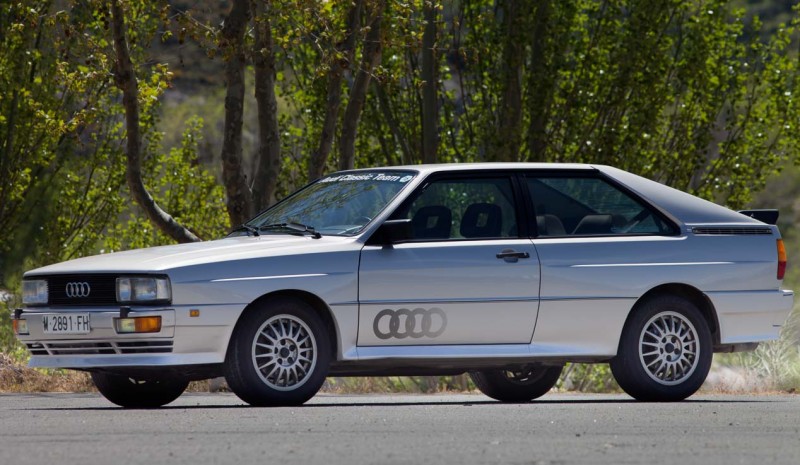 The genius and audacity names like Bensinger, Piech and Walter Treser, at the end the project was commissioned, they were given a twist to what hitherto understood as sportiness driving. Today we are accustomed to vehicles the World Rally Championship are four-wheel drive, but not so long ago, manufacturers had these models tests only a motor shaft (long dominated the propulsion and then gained ground the traction) and no one thought, even in the snowy tracks of Sweden or on the slippery ground of a Thousand Lakes, which four-wheel drive you could go much faster. Even when the first Audi Quattro competition It was presented in the closed park Montecarlo 1981, He did not miss any patronizing a smile. 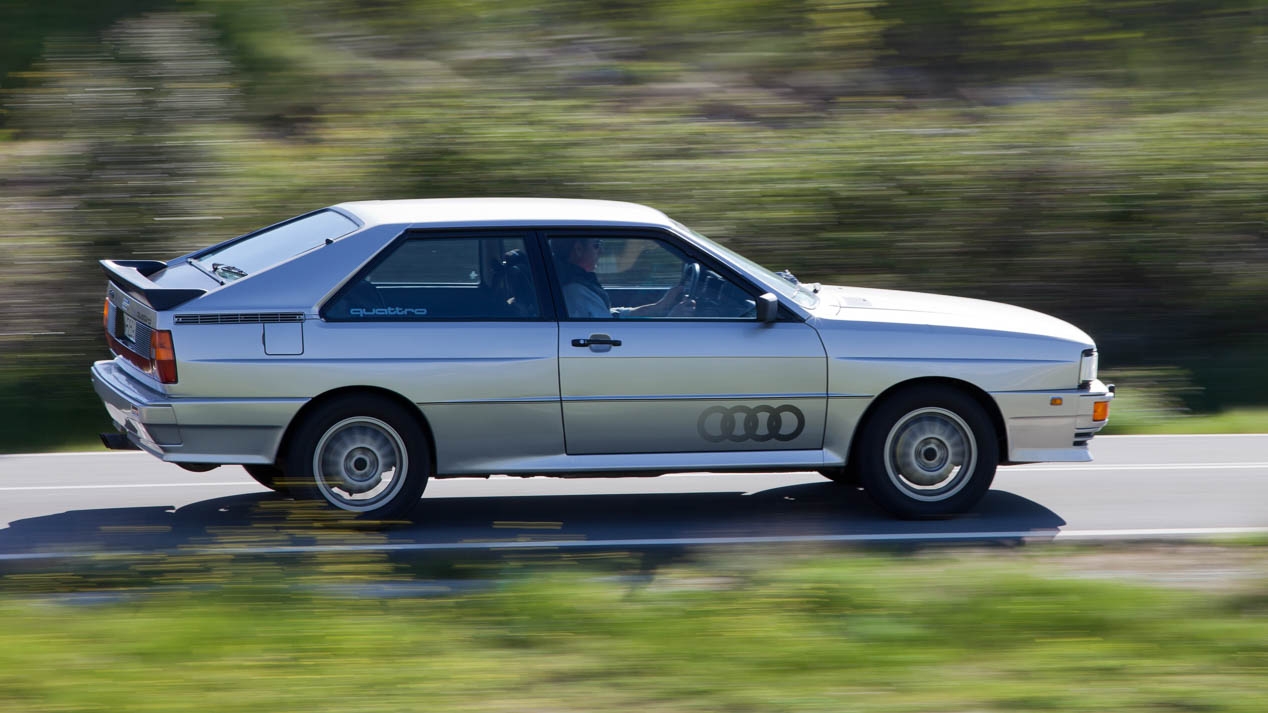 The attempts made in the 1969 Formula 1 race with four-wheel drive cars, which had originated in the Cisitalia T360 in 1946, were not very encouraging. And is that the additional weight of elements connected to the mechanical complexity transmission and a larger number of elements susceptible to failure, led teams who had tried (McLaren, Costworth, Matra and Lotus) to return to two-wheel drive.

But for our players it was quite clear that double the number of wheels capable of transmitting power to the ground It was an unquestionable advantage. In addition, we must take into account two factors: Lto electronics he had not yet drawn much Y that limited slip differential (mechanical) They were virtually the only factor helps to achieve the necessary traction. Such circumstances gained greater importance if the engine was supercharged, turbochargers because of the time had a significant response time and delivery of brutal wide margin very short revolutions.

With these assumptions, from the beginning the technical team was very clear that the model should be to develop a sports. So is Chassis set off an Audi 80, who he was endowed with a two-door coupe body and an engine Five-cylinder turbo with performance 200 hp. born the Audi Quattro. 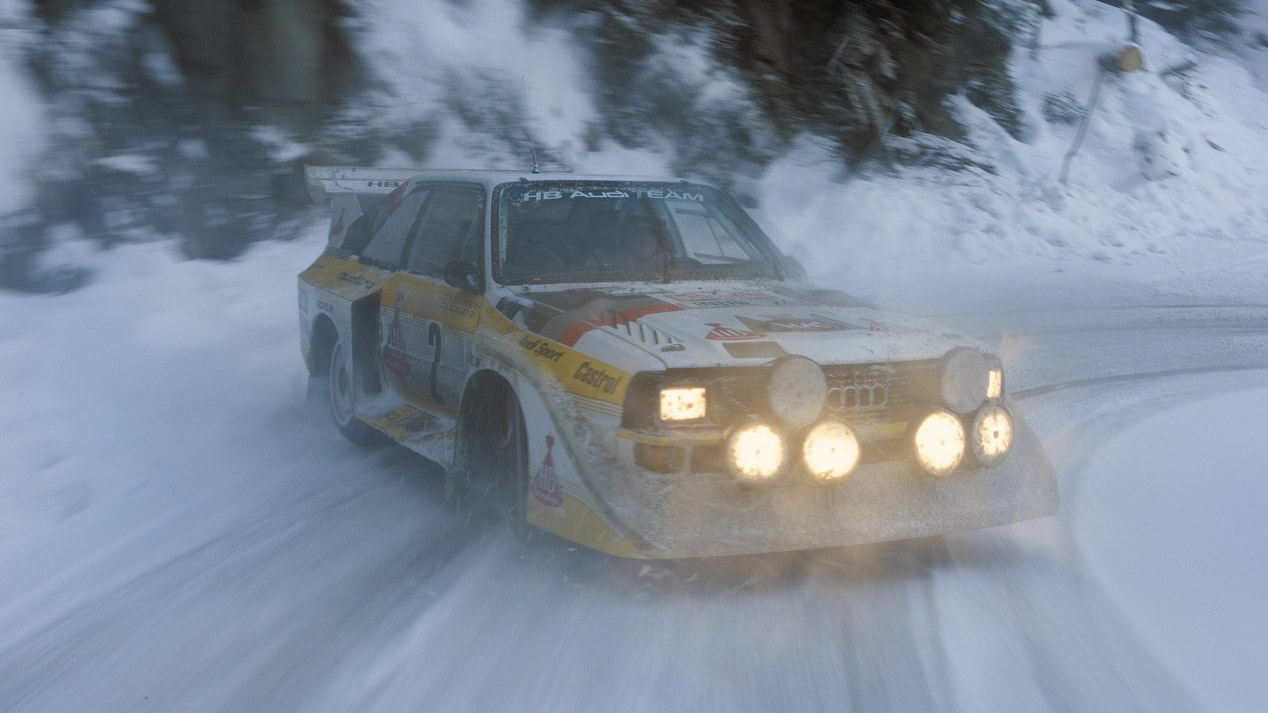 Our unit is a Audi Quattro, now already 33 years after his mirrors in a excellent condition and its owner, Alberto Pérez, used with some frequency. Unlike other models, this is a perfectly usable car daily, with everything you need to make nice use in virtually any terrain.

Nothing else noticed sit behind the wheel belonging to that car category where quality, refinement and equipment were among the priorities of its creators. The seats have seats and authentic appearance over time appears to have made a dent in their tones too. The generous trim also betrays a first class comfort, high-end car, and side bolsters, a fairly firm texture, assume, as soon will check, good lateral support. the salpicadero, however, it is not specially crafted or in line with what you would expect. Anyway, the sobriety of German cars was not just a myth. Of course, in return they showed excellent quality of materials, as evidenced by the absence of cracks in the sun-exposed parts.

He leather steering wheel, in excellent condition, It is equipped with four buttons for the horn that contrast with the current flyers with countless knobs and soft keys. Striking the digital instrumentation, detail very advanced in its time and it is providing to driving a futuristic look. In addition, it is extremely comprehensive and, in addition to conventional indications, such as tachometer, speedometer, fuel temperature and includes additional information, such as pressure indicator turbo boost and nothing less than a consumer computer. 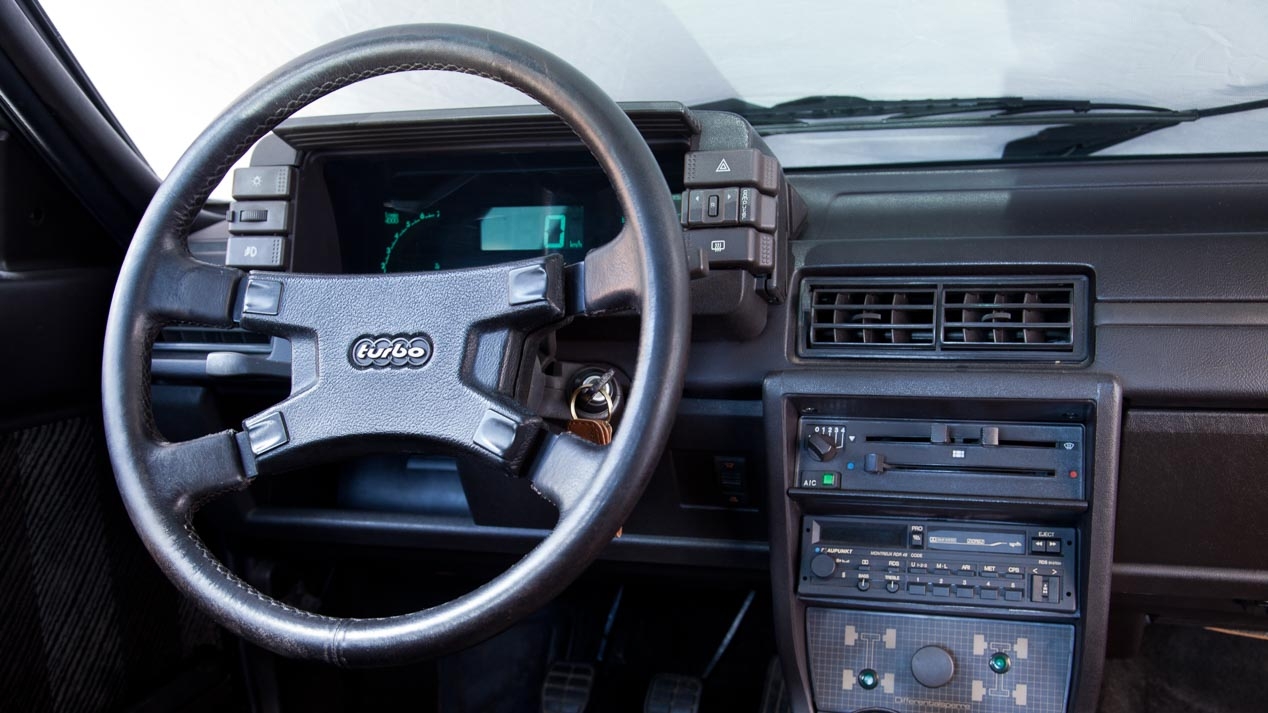 Contrasts in the center console rustic shooter used to block the center and rear differentials, more like the starter knob of a Seat 127, which a sports Audi. Now, the drive can not be more simple and intuitive: pulling up the first point the witness locking center differential switches on and in doing so the second, do both, so you can not lock the rear without having Indeed the front. A logical sequence with which is intended to preserve the mechanical organs of torsions and overstressed. In the two rear seats two adults can travel with some slack, but they shall not be exempt from some claustrophobic feeling because it is lower than the sidewalk, compromising visibility forward. It used to be a fairly common effect on all coupe of the time, which indicated little interest from manufacturers for passenger comfort. At least the side windows have a good size, thus bringing more light to the interior.

Having seen, is finding Most important of this model: what your capabilities are moving and that transmits sensations to the driver. In this light, the Audi Quattro does not disappoint aptitudes and shows quite ahead of their time. From the first kilometers it highlights the firmness of the springs, which makes the suspension appear somewhat dry when the solid is irregular. Paradoxically, this does not prevent, in support, the body roll He is quite pronounced. That because? There are two factors involved in this: firstly, stabilizing no especially large diameter, which limits its function, possibly in order to not compromise the ability of traction; On the other hand, for weight and dimensions of the car, pathways are somewhat narrow (1421 mm in front and behind 1451), circumstance which makes the support base is far less than, for example, an Audi A4 art, in which the tracks are 14 cm wider front and 10 cm behind. In addition, the Audi Quattro, the front is narrower than the rear, which corner entry, going on hold, helps the front is “key” but if the contrary.

The gearbox five relationships the Audi Quattro has a successful grading and touch is frankly good, despite the years. I beckon long stretches of the lever, something that now would be blameworthy in a normal and totally unacceptable in a sports model. As a result, changes must be made with some parsimony and marking the routes, which does not help speed. Steering is assisted, but very little, or that feeling gave us first. Accustomed to the current servos, the Audi Quattro requires a certain firmness in hands for handling the steering wheel. With more than three turns lock to lock is not very fast, but perfectly conveys what happens between the wheels and the road.

As to engine response, expected more forcefulness. Without reaching the softness of the current turbos, torque delivery is reasonably progressive and, although clearly seen when it starts to blow, not violent in any case. Much of “guilt” is precisely all-wheel drive, which transmits absolute efficiency down throttle commands. 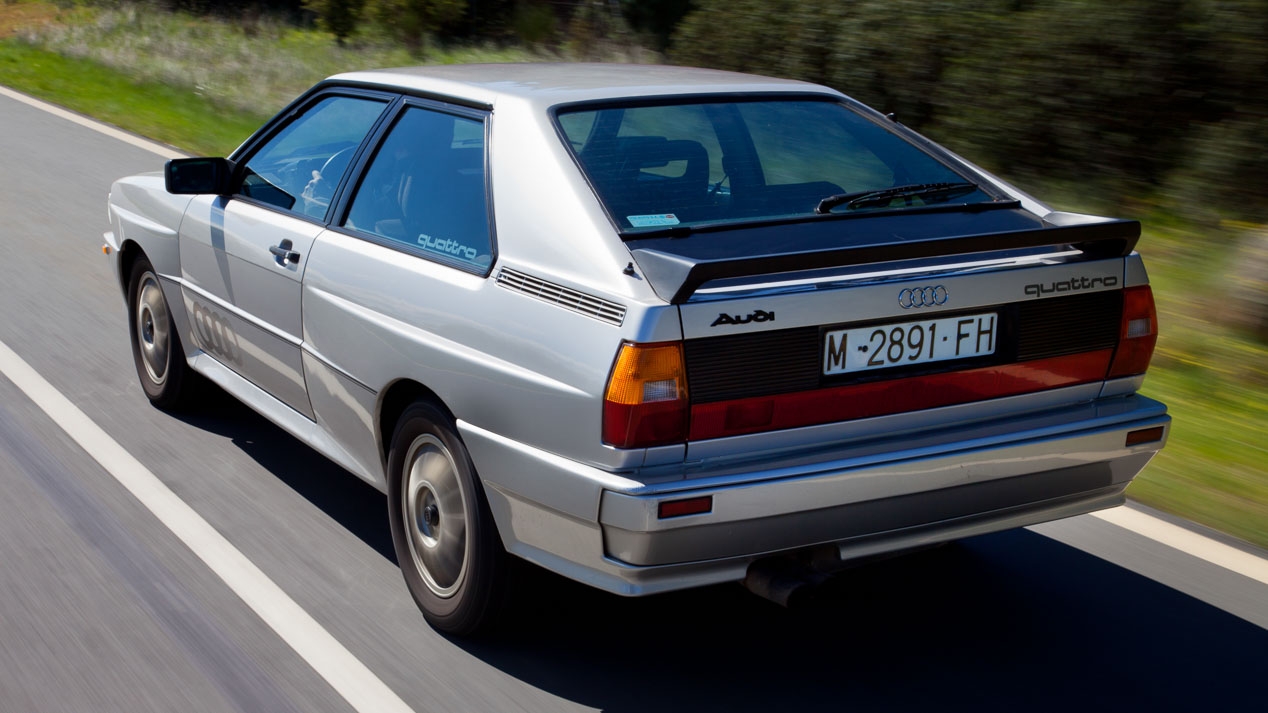 So, on twisty roads of the Sierra de Madrid, the Audi Quattro shows good touch. If you drive as if it were a front-wheel drive, you can take full advantage. Understeer at the beginning of the curve is solved entering retention, with the front axle well supported, to progressively giving gas from half a revolution. doing so you can pace yourself very, very high. I’m still surprised, however, the inclination of the body … And that even though the tires, with a modest section 205, do not encourage excessive lateral forces.

But where it is taken out best use of the Audi Quattro is when grip conditions are put precarious. Snow and gravel are elements in which it operates like a fish in water. here yes Mark the difference, allowing extracting the quintessence to a chassis, on the other hand, it shows a flawless implementation, with independent suspensions McPherson front and ultimately treat detrás.Una which has the additional advantage, as car collection, it can be used daily without our having to take any compensation. It is reasonably comfortable, allows us a good dose of fun, the greater the more slippery the terrain and be the envy of the places in which we spend more or less Fans can not take my eyes off.

The Audi Quattro in figures

– 2004: production date of the latest version of Quattro.

– 4 World Rally Championships between brands and pilots between 1982 and 1984.