Unlike the first VW Golf GTI, the second and had a great competition and therefore more comparables. No rival it exceeded if all variables are weighed. 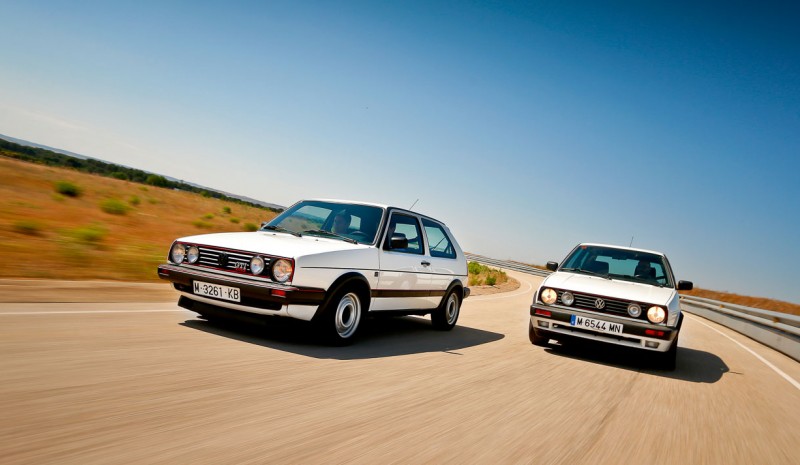 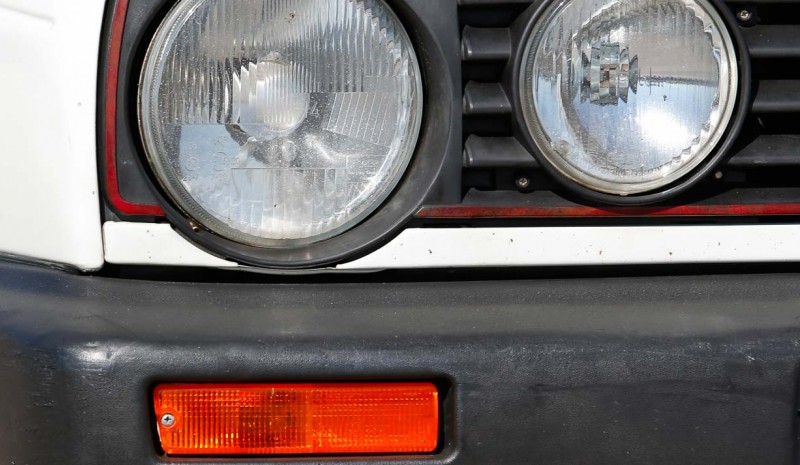 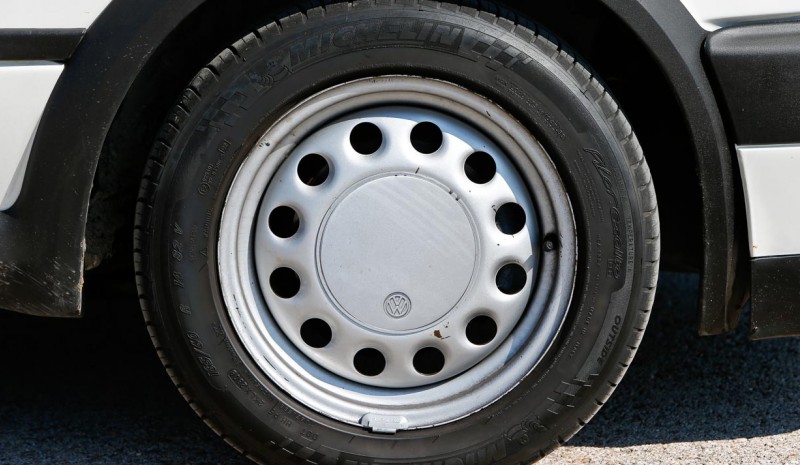 He Volkswagen Golf GTI Mk2, without being a radical sport, it was pleasant to drive in all circumstances, as daily car and a fast pace by winding roads. It was not hard suspension, had no reactions that resulted difficult to control and did not require carry the engine in a high rate. Without these characteristics of the most extreme sports features, It remained fast when cornering They were happening quickly. A Opel Kadett GSi He had better performance and Peugeot 309 GTi It was more agile and yet, VW Golf GTI was still very appetizing.

He was allowed to enter a car braking and cornering which could accelerate past the apex strong. All without need for a hard or dry suspension. One of the secrets of the first Volkswagen Golf was a more rigid frame which they used to have cars of its size in the 70s in the second generation probably still existed that advantage. 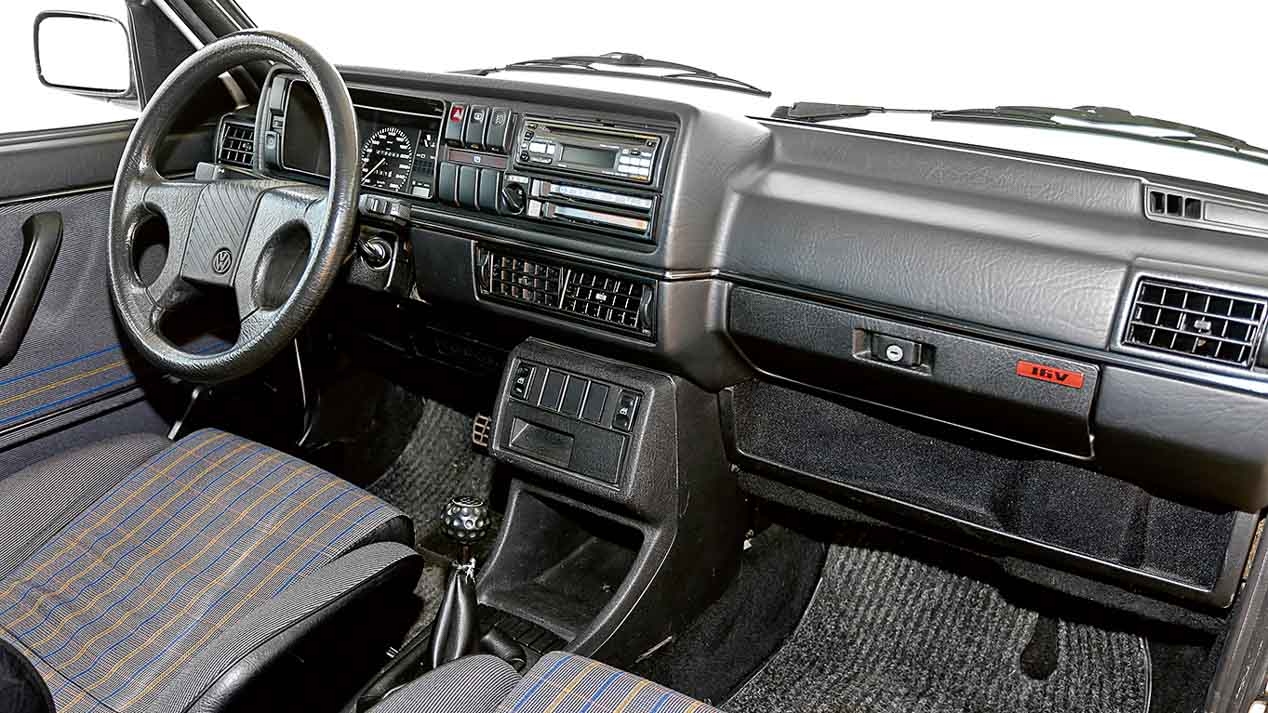 He Mk2 Golf GTI Had push midrange and a nice touch of the accelerator. In addition, developments were short, maximum speed was 400 rpm above the rated maximum speed. Exchange relations and not make the car more speed at any speed range, but in this case allowed to use the third relatively slow roads with good acceleration reserve.

Knowing that there would be a 16v version with a more powerful engine many did we at the time illusions. A common comment then was: "How it would go a Golf with engine Kadett?". This gives an idea of ​​what was missing golf with regard to competition: more thrust. We understood that the new 16-valve engine that would give claw. Well, no.

He Volkswagen GTI 16V had a more sporty feel than the original GTI due to a lowered ride height 10 mm, different springs, dampers and Stabilizing and better brakes, with larger and better ventilation pistons. The classic image of the Golf GTI curve "lifting leg" (with the inner rear wheel in the air) was even feature in the GTI 16V (although certainly on the photos to magazines is forced a little, hollowing where photographer was pointing). That is, as sporty, 16v won by a higher path accuracy and agility.

He engine, however, was somewhat disappointing. The development of the new head was a hack. The decision to keep intact a rather narrow block determined the cylinder head design. The valves are arranged in "average V ' since admission have an inclination of 25 ° but the exhaust were perpendicular to the cylinder head is not too wide. The combustion chamber therefore is not hemispherical but is wedge-shaped. 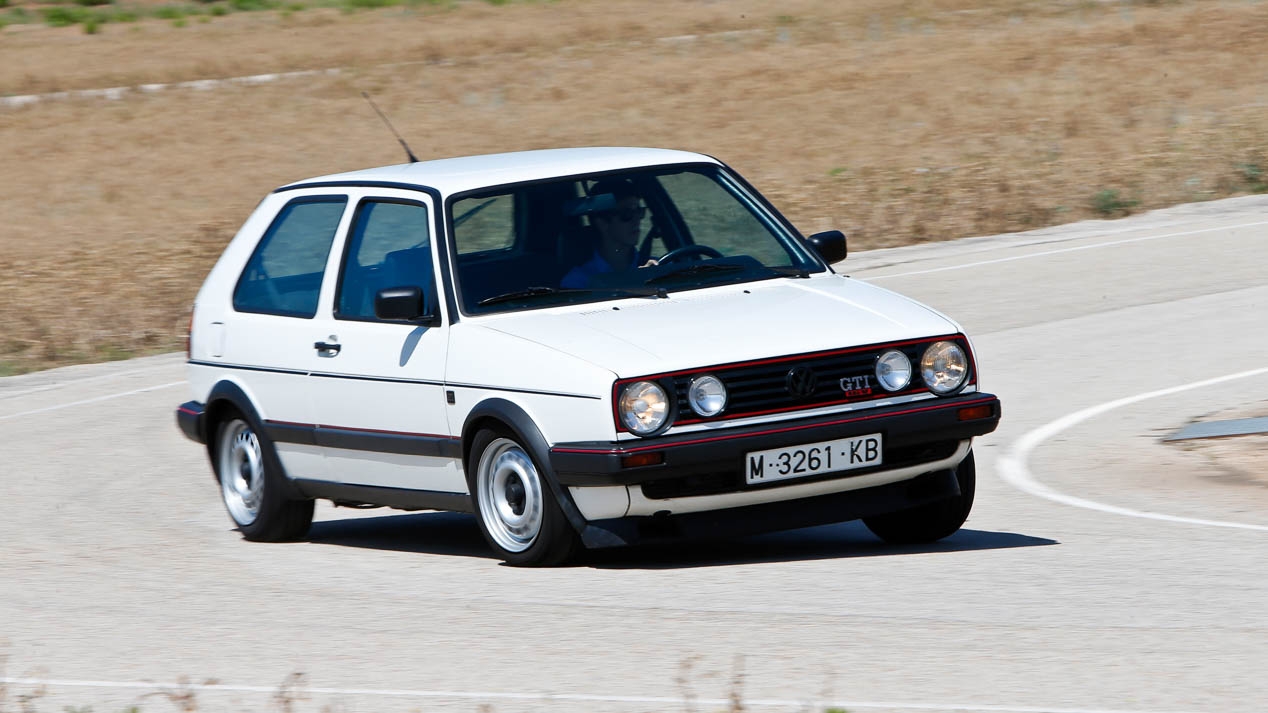 He result was one of those engines 80 extended the misconception that 16 valves could not be elastic. Sometimes a far from what theoretically ideal technical compromise and it works. In this case it was not. He GTI 16v engine is not elastic, by superimposing the torque curves 8 and 16 valves, it looked than the former was higher at low speed. That of 16v enough remained to reach those 139 theoretical CV. This lack of elasticity relative was offset in part by a final development even shorter than the GTI, although appropriate to the regime of maximum engine power. 31.7 km / h in 5th, the maximum speed was almost cutting the injection system.

The motorist today it can seem odd, but then it was not. If a car did not reach the maximum speed in the fifth of a box five, It was said to be of "4 + E '. Today is relatively normal not reach the maximum in the higher gear. However, the GTI engine thrust felt lacking and many turned to ask the question: "How would go a Golf 16v to 16v Kadett engine?".

For those who seek a sporty touch, 16v gained much in relation to the competition. It was almost as agile as a 309 GTi, but less abrupt. Relative to Kadett 16, gained in accuracy curve input and motor. Escort XR3i or a Renault 11 Turbo were so far in dynamic qualities as they were in price. Golf cost at least 50 percent competition. It keeps getting better even when power steering was available, against which there was still prejudice because denatured to a sports (malarkey).

Other outstanding quality of Golf (With valves that were) is its Build quality. He interior is simple but well done and then you could still see that Volkswagen did well work, especially when looking in the engine compartment or raise the car to an elevator. The amount of Golf that have survived and their current status is an indication of that quality, but we must also keep in mind that a car has always been appreciated and usually have more care than a Ford or a Renault.