Mr. Dr. 5 Turbo. So in 1986 we titled test Renault 5 GT Turbo today we reproduce. As in the famous doctor, and sports this myth became a real beast. 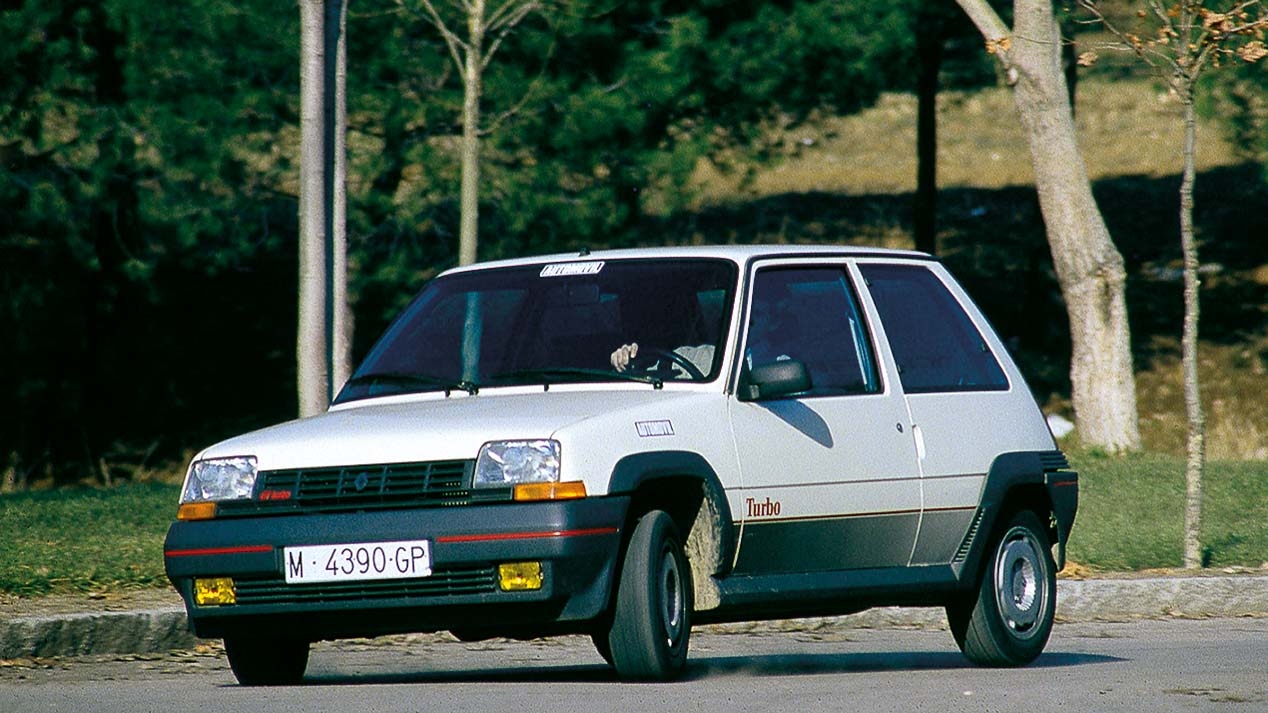 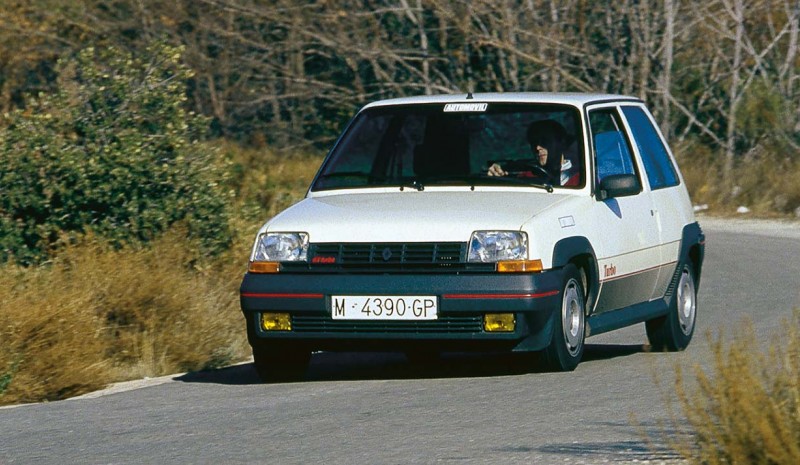 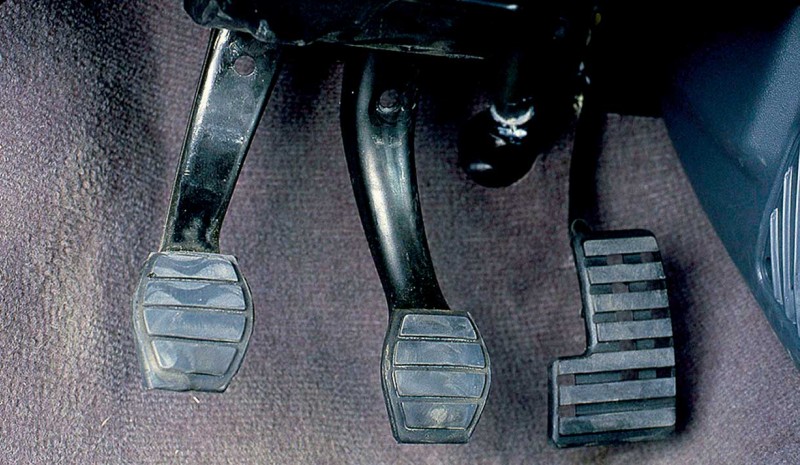 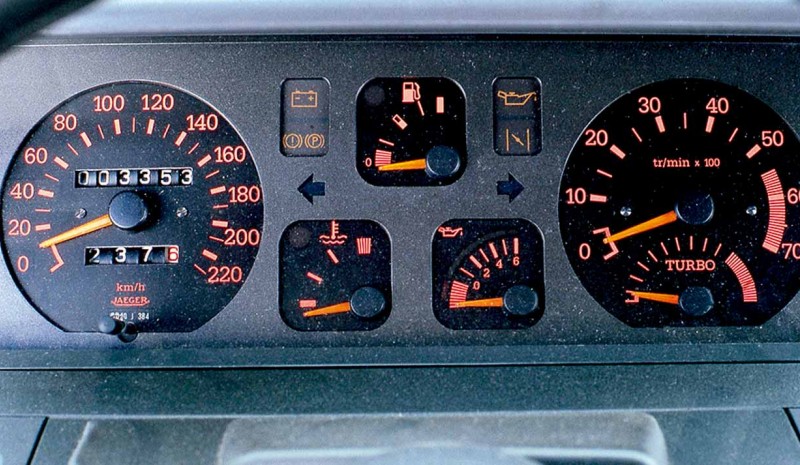 We continue reviewing every week the best car tests we have published in the Iberian publishing Motorpress along our almost 60 years and history. Almost 6 decades that have left indelible evidence and photos in memory of any car enthusiast in Spain, such as the Fiat Uno Turbo, the Ford Sierra RS Cosworth or this today we reproduce the great Arturo de Andrés: Legend Renault 5 GT Turbo. Quite a popular utility 80s who, like the author said in his intro, by a strange potion was transformed into a real beast with Elixir turbo. The peaceful 72 hp engine Superfive 1.4 GT Turbo power increased by more than 60 100 to reach 115 CV. A perfectly adequate developments were responsible for completing the transformation. This is the original full test.

“It can be argued, and perhaps rightly from a puritanical view technically, the procedure used has trap; it is too easy to catch any engine, plugging in a turbo, and turn it into a high-performance mechanical. Against this, the most sophisticated pieces of fine mechanics, with dual overhead distributions, its multiple carburaciones or injection systems rigorously studied their escape, have little or nothing to do, and it seems that is not fair. And maybe it is not, but what counts are the results, the economic cost and reliability.

On the other hand, Nor is it as easy as turbo, at least if you want to do well, and with guarantees. To begin with, depending on the torque curve to be obtained, it should be harmonizing the camshaft with the curve blowing supplying the turbo, which requires a lot of work. And then comes the aspect of mechanical reliability, because we know that inside of a supercharged engine, mechanical and thermal stresses are significantly higher than those of a naturally aspirated engine.

Assuming good crankshaft and connecting rods are sufficiently robust to pass the test, you will usually have to use caps greater load capacity, special pistons (also to accommodate compression at a lower rate) and segmentation according to the higher pressures; and exhaust valves and seats that can withstand higher thermal stress. In addition, the lubrication is often changed, especially for additional cooling of the pistons, oil based. And the cooling circuit, in turn, should be increased to remove more heat.

All these problems have well dominated the Renault, which has a long and enforceable in turbo versions of street cars apart from the competition. And discounting Diesel and the recent R-25 V6 turbo, in the lower range models is content to use carburetor, both the blowing technique as the aspirate (the Old R-5 Turbo Cup, or Alpine). But the aspirated carburetor, which in certain aspects (safety, sealing, response) has some advantages, in others, such as ease of starting and almost impossible to use intercooler (although some craft achievements obviate the problem), is less suitable, and while almost all the innovations that are appearing are based blown carburetor air previously cooled after its initial compression.

At engine before us, which it is basically very similar to R-11 Turbo, the only problem is the rigidity of the cylinder head. This is flat type, with cameras wedge and initially was not designed for such high pressures; therefore, when these motors are tightened a little competition, by the simple expedient of increasing the blowing pressure, cylinder head gaskets not always resist, because steps are not hard enough. But this happens, when it happens, from the 135/140 CV up, and its two working standard, the engine usually works without any problem.

Between the two variants, the R-11 and R-5, there are small differences; basically three. To begin with, the camshafts are different; compression, in 11 Turbo is 8.1: 1, is lowered by 5 GT to 7.9: 1, and instead, the blow passes from 0.62 to 0.70 bar overpressure. In all, the GT Turbo engine is more powerful, but with a more typical turbo more temperamental operation. By relying slightly blowing and have a tree flattering of high speeds cams, their low response is slower and less energetic; however, from midrange pushes harder. The torque increase of 16.5 to 16.8 mkg, but up 500 rpm, does not compensate too; but increased 105 115 hp, even at the price of moving from rpm 5500-5750, it is already more interesting. Is, therefore, a more consistent approach engine with the car, which is essentially very sporty, but by no means it has discarded a fairly complete equipment.

The truth is that the car comes pretty well equipped with everything; perhaps instrumentation could take something else, like a thermometer oil, but the presence of the heat exchanger and water thermometer makes it almost superfluous such an indicator. Moreover, the 5 GT repeats approaches a high-end 5, as the GTS, for example. The noise level is acceptable, the heater was not very powerful, good enough comfort suspension and superb ease of folding seats forward to allow access to the rear seats. 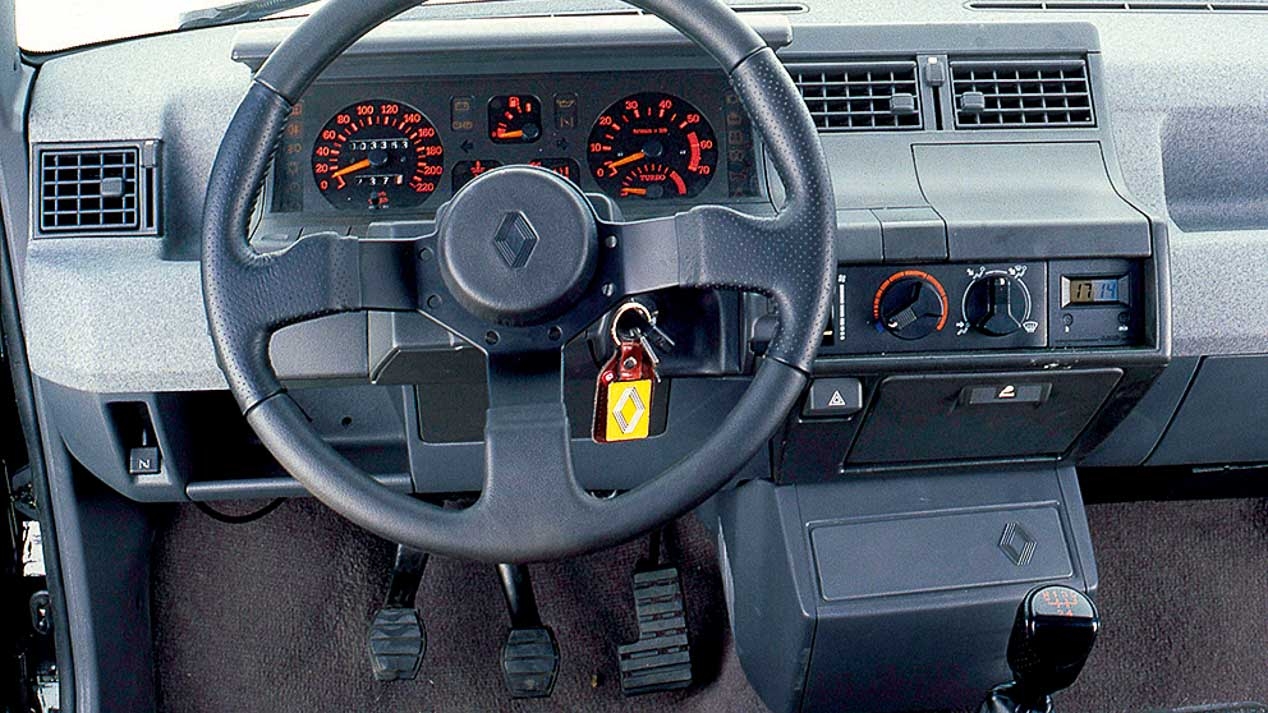 But we go and with driving, in just quickly paragraphs of brakes and steering, as both are, if not irreproachable, at least widely enough. As for brakes, 5 Copa Turbo old and had 4 discs, but they all solid; 11 Turbo, heavier, ventilated front discs leads, but drums behind. The new 5 GT Turbo has all the advantages; 4 discs, ventilated front; and if it were not for the tires, which are probably very good for aerodynamics, but perhaps not for much ventilation would have even greater ability to resist fading, and is not now go badly served.

The management, meanwhile, is light and fast enough; more or less rare things to notice on the wheel and then talk, are not attributable to the address itself, but rather the front train itself, though both elements are very interrelated.

The driving position, for our size and taste, is perfect, and also the bottom bracket and the position of the shift lever, whose accuracy and speed management is downright commendable. The seats are, in our view, excellent; for this car, Renault has abandoned the odd petal design, and has returned to more traditional baquets, which are very comfortable and perfectly hold the body.

Headlamp equipment is complete, and natural lighting, very good. A couple of reviews, however both front and rear, to the wheel cleaning. On the windshield, it is a pity that there is an intermittent position, but requires a manual touch each time a scan is desired in a car like this, forcing out the hands full with the steering wheel, this is somewhat annoying . As for the rear window, there is no way to keep the sweep, but spritz wash, which is annoying and prevents leaving the glass clean water and wrung out. Turning now to rutero behavior must clearly state that the front end not just to digest the available power; perhaps more accurate to say that all congenital problems of low models and Renault means with the same type of suspension (ie, R-5, 9 and 11), are compounded in the GT Turbo, which is the most powerful lighter body with the engine. In normal 9/11, what is seen is an apparent directional instability: the car does not go straight if he is not maintained continuously with the steering wheel, and initially understeer as if management fails to act in the first few millimeters of movement . In 11 Turbo with harder and better footwear suspension, stability is better, but instead already seen some floating direction, especially during acceleration: the front begins to have mobility problems.

And in the last 5 GT Turbo worsens, while the former has almost completely healed Hangout: the car goes straight, provided not to step on the accelerator in intermediate gears. If you are given gas, alternative nose and indistinctly looking over and gutter, and must bring continuously subjected steering wheel, certainly not with force but never leave. Coupled to quite rough character of the entry into action of the turbo, with a slight lag in time with respect to the tread, driving curve is no longer slow or dangerous, but inelegant, and plots out a little checkered, particularly if the above joins an apartment not perfect.

In this regard should not confuse efficiency with ease, because the GT Turbo has limits very high grip, as well footwear and tared suspension are correct and well balanced between the two trains; but forced to work a lot with the steering wheel, not in the sense of effort, it not required, but in the continuous corrections to keep as close as possible to the desired path.

Let’s move now to realm of pure performance, And here we must recognize that the 5 GT is conseguidísima. A nearly equal development with 11 Turbo with 60 kg less and better aerodynamics, in addition to 10 hp more, it is not surprising that clearly dominates in all and each of the sections. 11 Turbo is a car that we dare not jargons bourgeois, because it is not, but if it is a sports family holidays and very fast; Instead, the GT Turbo is decidedly sporty, and this difference in performance is logic. 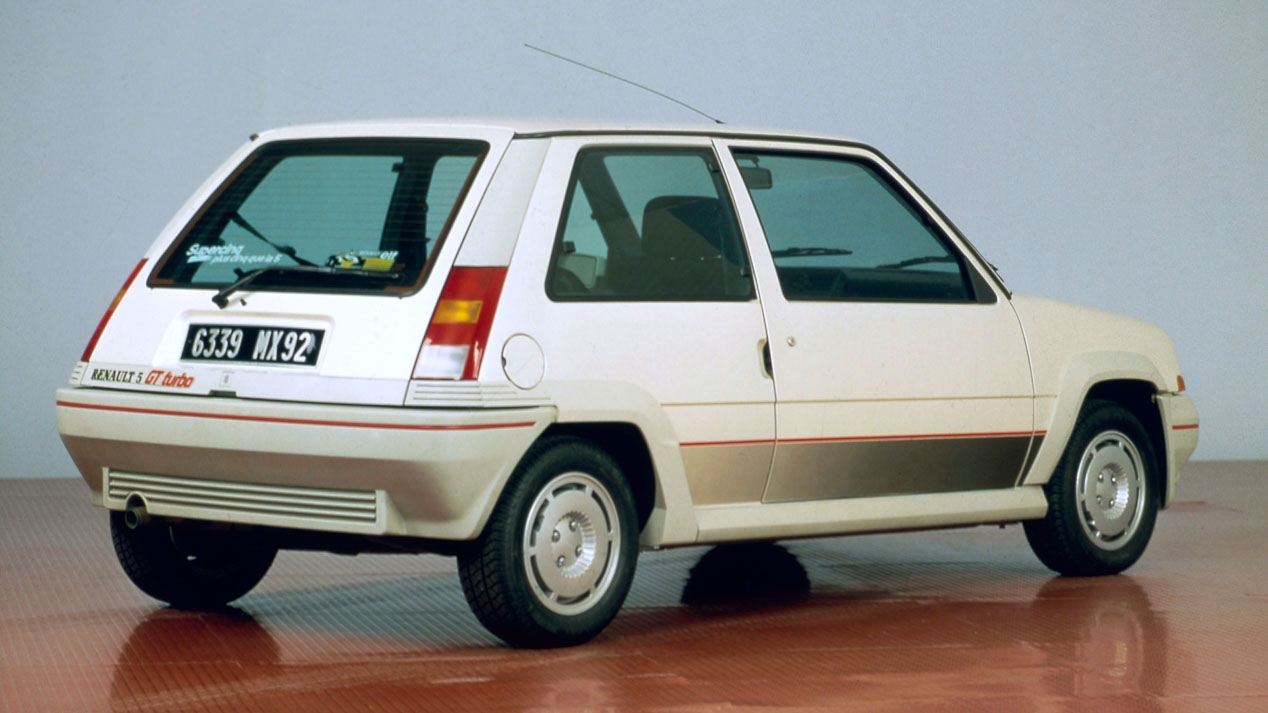 Increased interest has perhaps compare the results of its predecessor, the now defunct 5 Turbo Cup. With more than 10 hp power difference in favor of the new, very little weight more and better aerodynamics, nothing special has to top speed in the GT Turbo will remove 13 km / h ahead. Pure acceleration, also sings the power difference and the advantage is settled with no less than 1" 4/10 in 400 meters, and 2" fair in km; the verdict is final.

Another issue are recoveries; remember that the old model was working with much shorter than the modern developments in the order of 25.6 km / h in 4th and 5th 30.6 in. As with everything and that, in 4th have exactly the same 400 meters, and even one-tenth is improved by the kilometer. In 5th, where the regime is lower and the turbo takes too long to get in, there is no possible defense for the GT Turbo, and has to give in the 400 meters 6/10 and 3/10 more in the 600 following. But we should remember the huge difference in the developments, to properly assess the superiority of the new engine.

Motor, from the structural point of view, is clearly lower than the old, which had excellent butt Gordini, of valves V and hemispherical head (it is used in the 5 Turbo central motor to the Tour de Corse ). The displacement is the same and, in addition to a compression of 8.6: 1, the turbo blowing at 0.6 bar overpressure. How to explain, then, such a performance difference in favor of the theoretically weaker engine? The explanation is quite simple: the modern takes intercooler and old, no. and is not the same draw air 1.6 bar, but reheated (pressure taken at the output of the turbo), which to 1.7 bar in the intake manifold, but after having undergone cooling by 60 degrees . The actual amount of mixture is supported so disparate that the subsequent difference in geometric compression fails to compensate at all.

In short, the R-5 GT Turbo provides for a million and a third of pesetas, a level of performance equivalent to that of a good two liters athletic, type Ritmo Abarth 130, except recoveries at low speeds. A further advantage is that, besides having a great series mechanics, is a domestically produced car with an extensive service network. Coldly considered, the car has no more inconvenient than the (not dangerous, repeat) somewhat anomalous behavior of its front end, which requires a very careful driving in all circumstances. On the other hand, you may be criticized, from a discerning eye, the little refining his mechanics, carbureted and distribution seesaws, which requires more frequent maintenance than in the case of a modern engine with tree or trees overhead cam.

But for practical purposes, the combination works, and works well. There is no doubt that, over the years, specialists Renault engines have caught very well the hang of the turbos; what has happened is that, apparently, they have forgotten how to atmospheric brilliant performance engines. But while there turbos…”.