The VW Sharan is updated with the incorporation of modern technological elements and more efficient mechanical range with three diesel and gasoline. 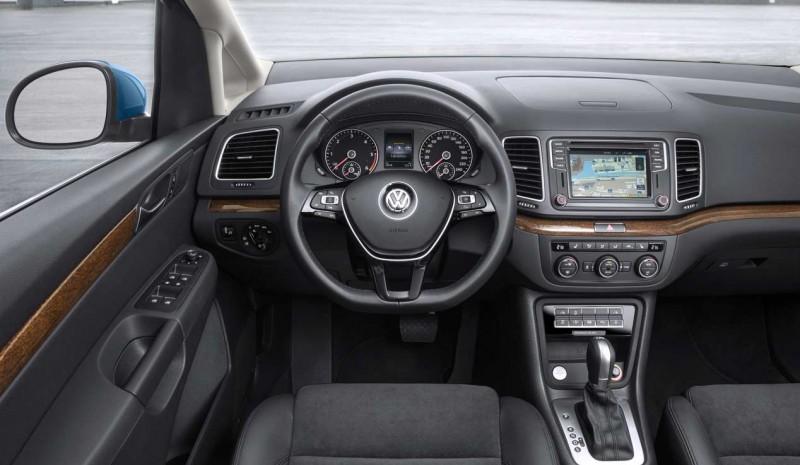 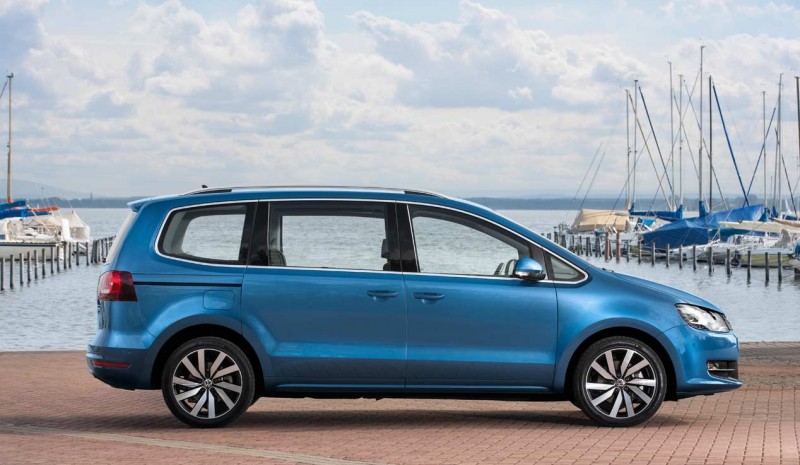 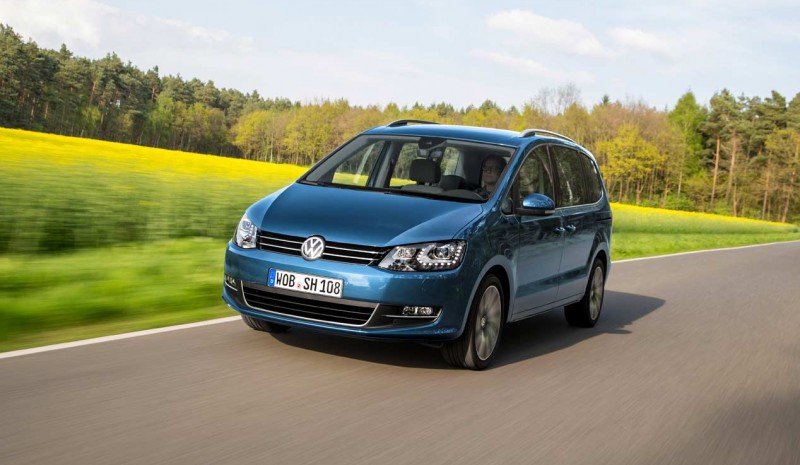 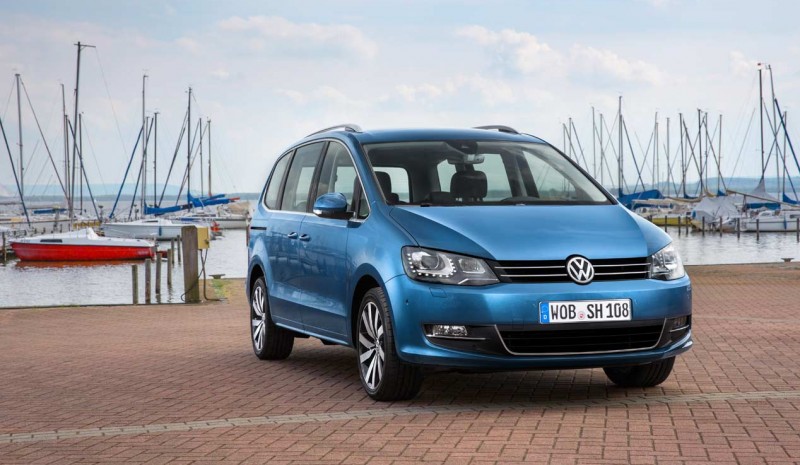 And Volkswagen Sharan renewed accepts orders, his great minivan (the first deliveries to customers in September). He price launch discount, special financing entity Volkswagen Financial Services PIVE and government assistance to large families (1,500 euros from the State) is 28,000 euros (Below, full list with recommended to the public without PIVE prices without discounts).

From an aesthetic point of view, Sharan 2015 relatively little change. The most noticeable changes focus on taillights, look back and led technology, plus a Redesigned front grille and new alloy wheels. At inside, to highlight the presence of new materials and new colors. 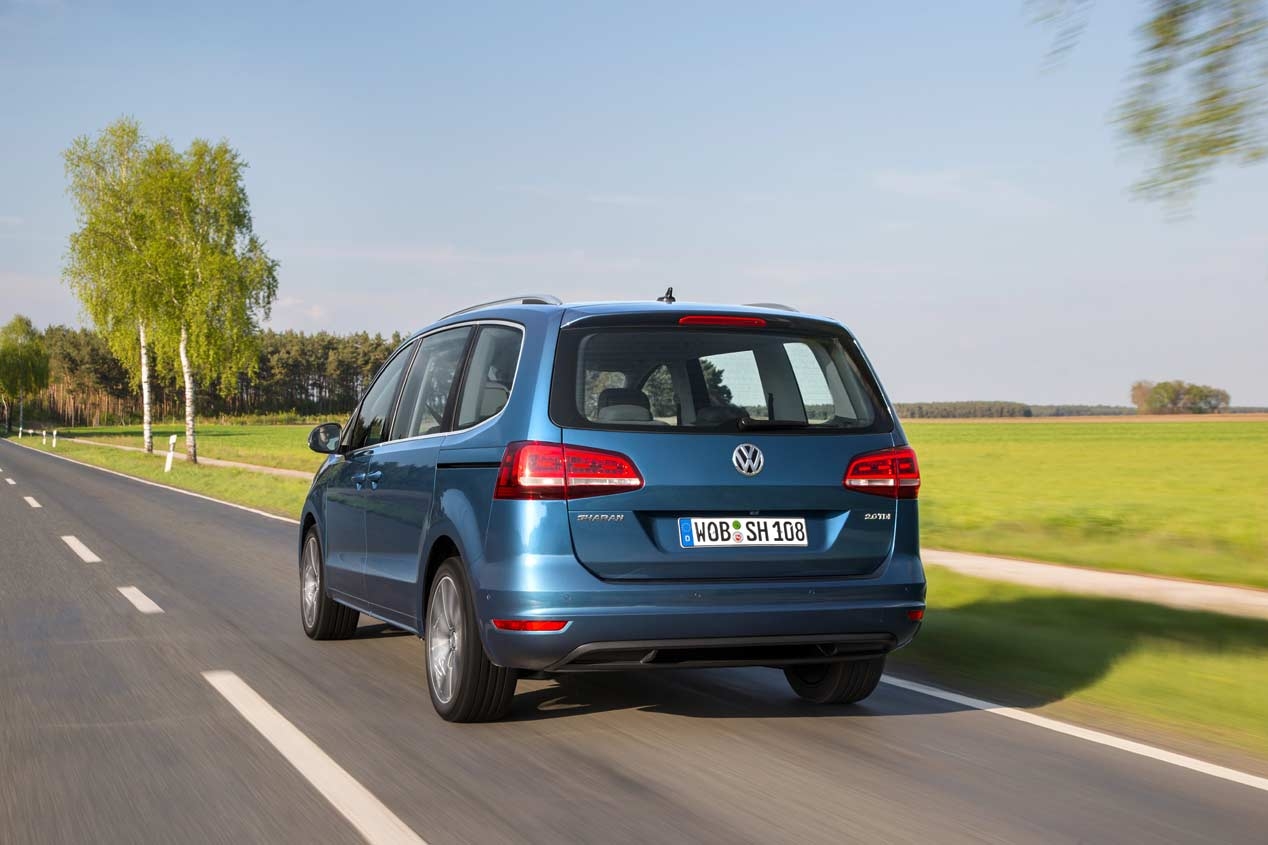 Commercial offer VW Sharan 2015 It articulates with four trim levels –Edition, Advance, Ocean and Sport-, with four engines (three diesel 2.0 TDI of 115, 150 and 184 hp 2.0 TSI petrol and 220 hp) And inside configured with 5, 6 or 7 seats chosen by the driver. All versions are combined in series with a manual six-speed (except the most powerful TSI is standard equipment with the automatic six-speed DSG), there is also the possibility of combining with the automatic DSG (version less potent TDI 115, only with manual transmission). By the way, an interesting novelty DSG, since from now adds efficient mode driving sailing, able to decouple the engine when the foot throttle (is an automatic process which depends on driving conditions, speed, road gradient and speed of the motor).

Propellers VW Sharan 2016 and comply with anti-pollution regulations euro 6. In terms of consumption and emissions, they are also more efficient by declaring levels of spending and CO2 up 14.3 percent lower the previous Sharan (full range equips Stop system as standard&Start and stop-start engine and energy recovery system in braking and deceleration). The three variants Diesel, after reducing pollutant particles and NOx levels (two basic restrictions are included in the Euro 6), have a number of technical changes, among which an oxidation catalyst, one Diesel particulate filter system with SCR (selective Catalityc reduction or selective catalytic reduction) and the special AdBlue (urea plus water). Deposit AdBlue It is on one side of the trunk, has 17 liters of capacity and must fill 100,000 km (According to the official book keeping Volkswagen). 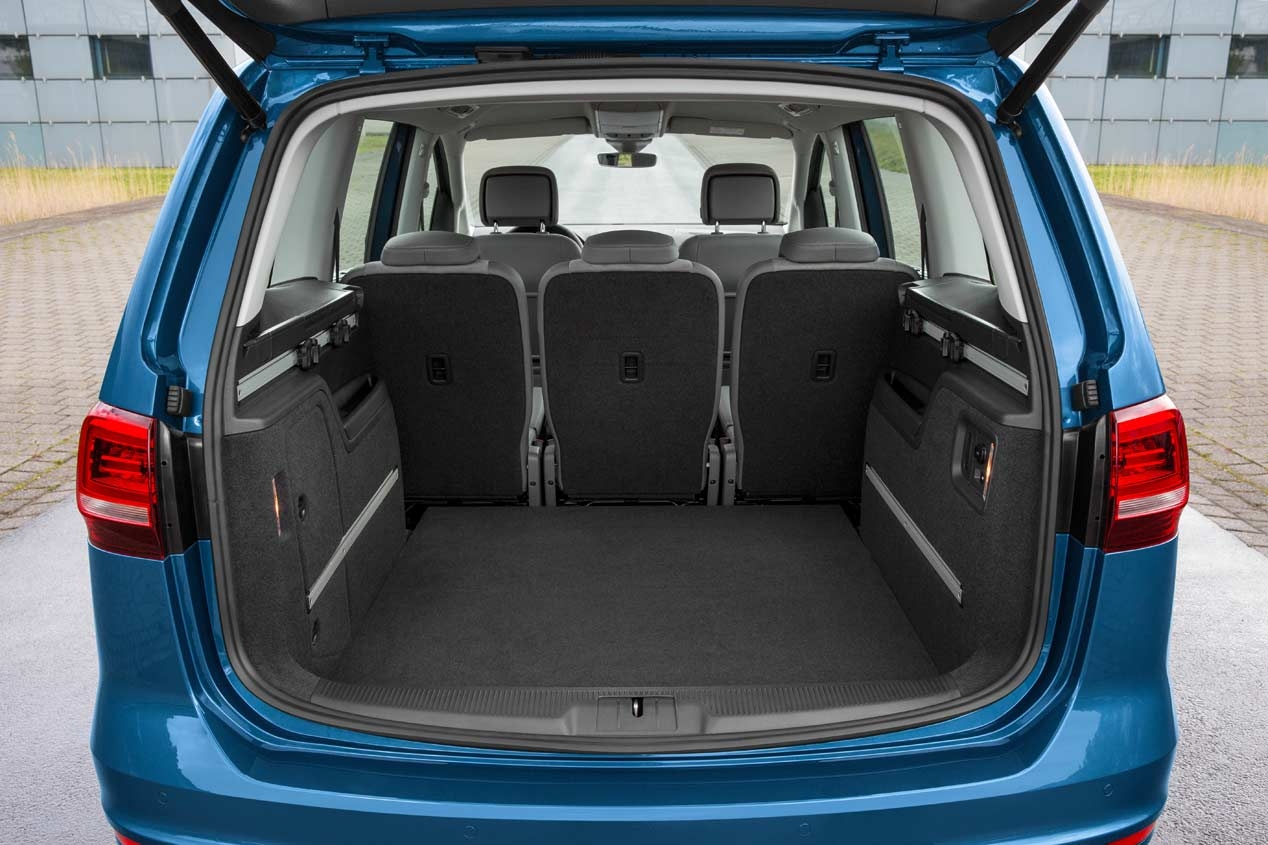 Plus security and driving newcomers are included in the renewed Sharan. He multiple anti-collision braking system, which automatically slows the car after an accident in order to avoid new shocks and thus minimize the severity of the accident, it is standard. In terms of comfort, all versions also include the electric parking brake with Auto-Hold function (Or slope start assist).

From version Sport, he Sharan You can have the system Adaptive Cruise Control ACC control function and regulation of the safety distance Front Assist, function also start emergency braking. In town, the function is added City Emergency Break, able to stop the car automatically below 30 km / h. Control blind Side Assist, monitoring the assistant involuntary change lanes Lane Assist and the system helps the car park exit Exit Assist are also other new technological elements in the Sharan range. 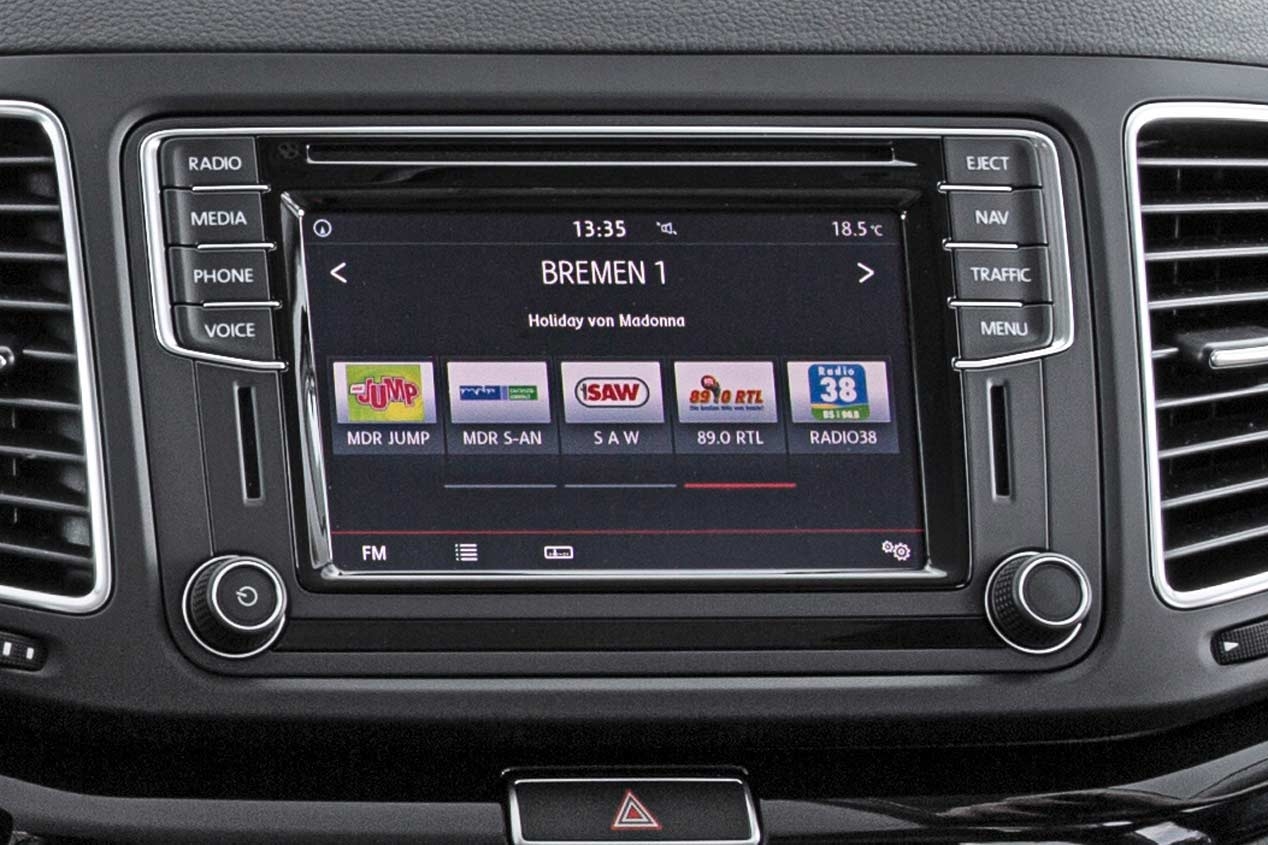 Connectivity chapter also gives a qualitative leap in the Sharan 2015. This large minivan becomes part of the functions Volkswagen Car-Net, where the functions include MirrorLink, Android Auto (Google) and carplay (Apple), allowing you to enjoy the multimedia touch screen system some of the applications and functionality available on the smartphone. Previously, the user must have downloaded the app MirrorLink on your device and then connect via USB cable to transfer your apps to the car (click here for smartphones compatible with MirrorLink). In parallel, the revamped information systems, navigation and entertainment Sharan will count as versions with touch screen which can vary between 5 and 6.5 inches.

In our first contact at the wheel of VW Sharan 2015 we could drive versions Diesel 2.0 TDI 150 hp with manual transmission and 2.0 TDI 184 hp with six-speed DSG. In the first case, we consider that this version of 150hp is more balanced for this vehicle, because of its good relationship between behavior, pushing and consumption levels (in our combined path highways, secondary roads and various areas of urban step , we obtained an average expenditure of 6.6 l / 100 km). The operation of the Stop / Start system was correct in general, while from the point of view of perceived noise levels, vibration and sound aerodynamic in any case the levels become annoying for both driver and passengers.

Again, the change DSG again be a delight for performance and refinement. In the case of Diesel 2.0 TDI 184 hp, engine-exchange interaction is more than satisfactory. In both cases, good driving position and large glazed surfaces contribute to enjoy a good levels of visibility and maneuverability. 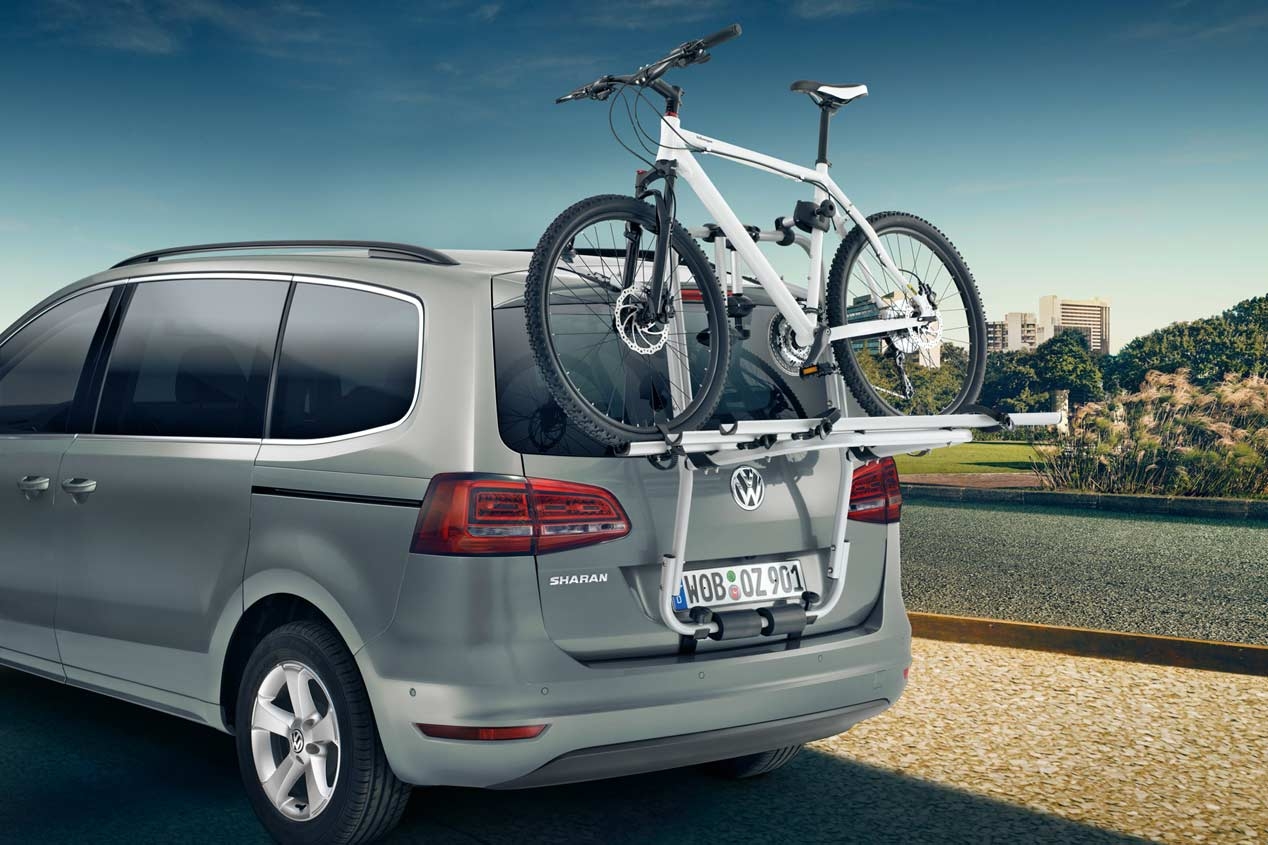 In a car eminently familiar character as is the Sharan, no lack of practical solutions within numerous storage compartments, securing networks, the three individual seats in the second row with Isofix attachments for child seats … For those who want to use as a sidekick Sharan, Volkswagen offers a wide Accessories Catalog, where it includes several roof rack bars (You can take from chest to increase capacity to a canoe) bicycle carrier in the rear area and even a small fridge to preserve the optimum condition any kind of drink and food.