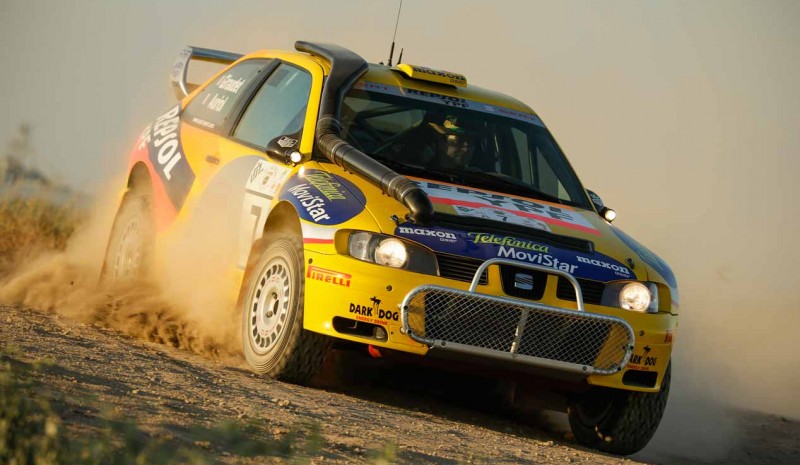 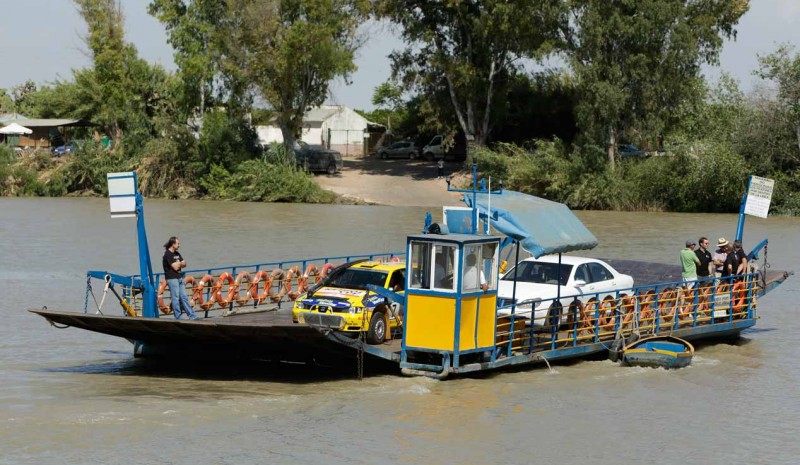 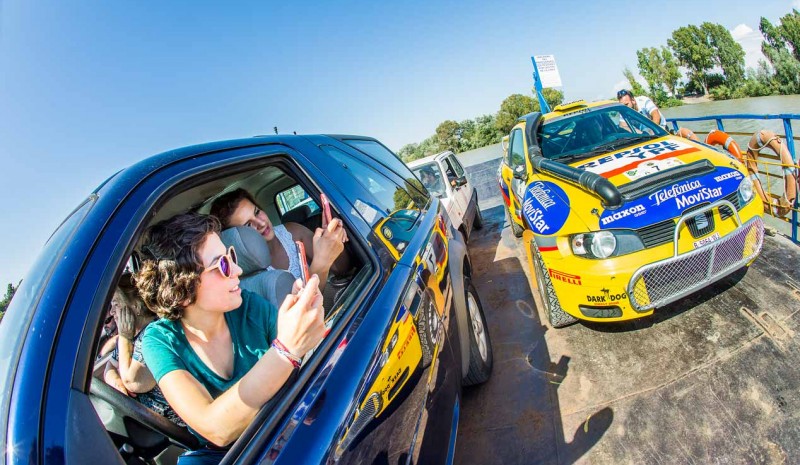 Javier always wanted to be a pilot rallies, his passion since childhood; life led him, however to dedicate to agriculture, an activity that is also very satisfactory.

Suddenly, without knowing how, Javier found his car to go to work was nothing more and nothing less than a Seat Cordoba WRC Safari version. He perfect vehicle for driving on very fast pistasy roads circling the marshes of the Guadalquivir, where he developed his work as a farmer in Seville paddies. 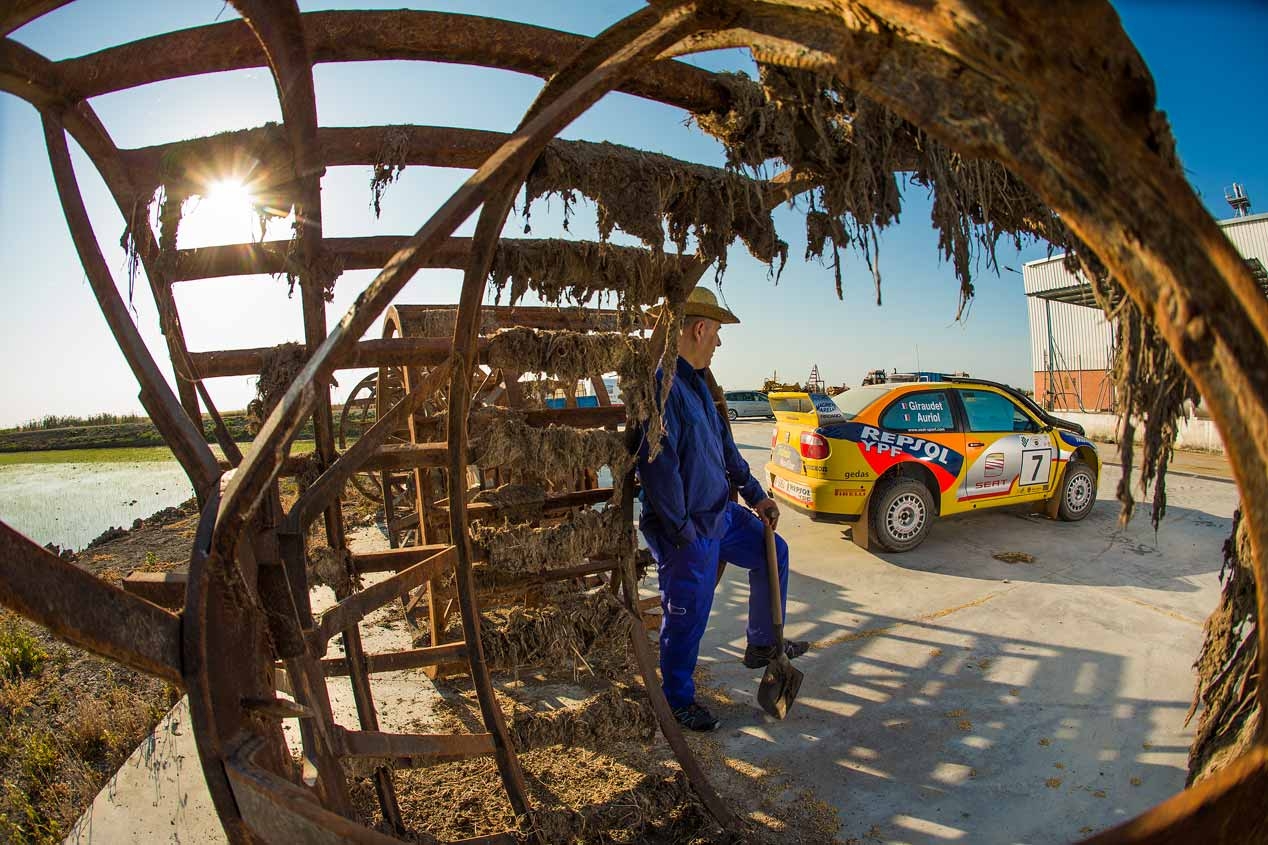 The enormous suspension travel allowed Javier roll with the WRC Seat at an impressive pace a territory that has little to envy by hardness of the Kenyan savannah. Not surprisingly, among tables rice, the temperature exceeds 40 degrees easily, roads are also very rocky and dusty, also very fast.

The motor 2 liters turbo 300 hp also offers tremendous power, while the sequential change six-speed allows the fullest. A real joy throttle by the fast tracks of the surrounding marshland irrigation canals, changing gears without lifting off the gas. At that time and rolling and sixth thoroughly, Javier came to mind one of the images Marshland movie, filmed in these parts; specifically the scene in which the cops chase the murderer. Surely if they had driven the Seat Cordoba Safari version, they had escaped, he thought.

He SEAT Cordoba WRC Safari also has a suspensions grand tour, nearly 20 cm in the front and 25.4 in the rear, representing an increase of 3.3 and 6.3 cm from the asphalt version, also has a body greatly enhanced. Low also receive paths protections, while outwardly the most striking is the adoption of sonrkel and "mataburras" front, two accessories that come in handy for driving on the marshlands, where stray animals abound, many are also waterways to be overcome. In the back of the Safari version receives two spares instead of one, a complete set of tools, a auxiliary fuel tank 35 liters and several bottles of cyclist to carry different liquids; oil, coolant, brake fluid, etc. Everything is taken care to detail in order to cope with the maximum guarantees so hard and extreme as was the Safari Rally test. 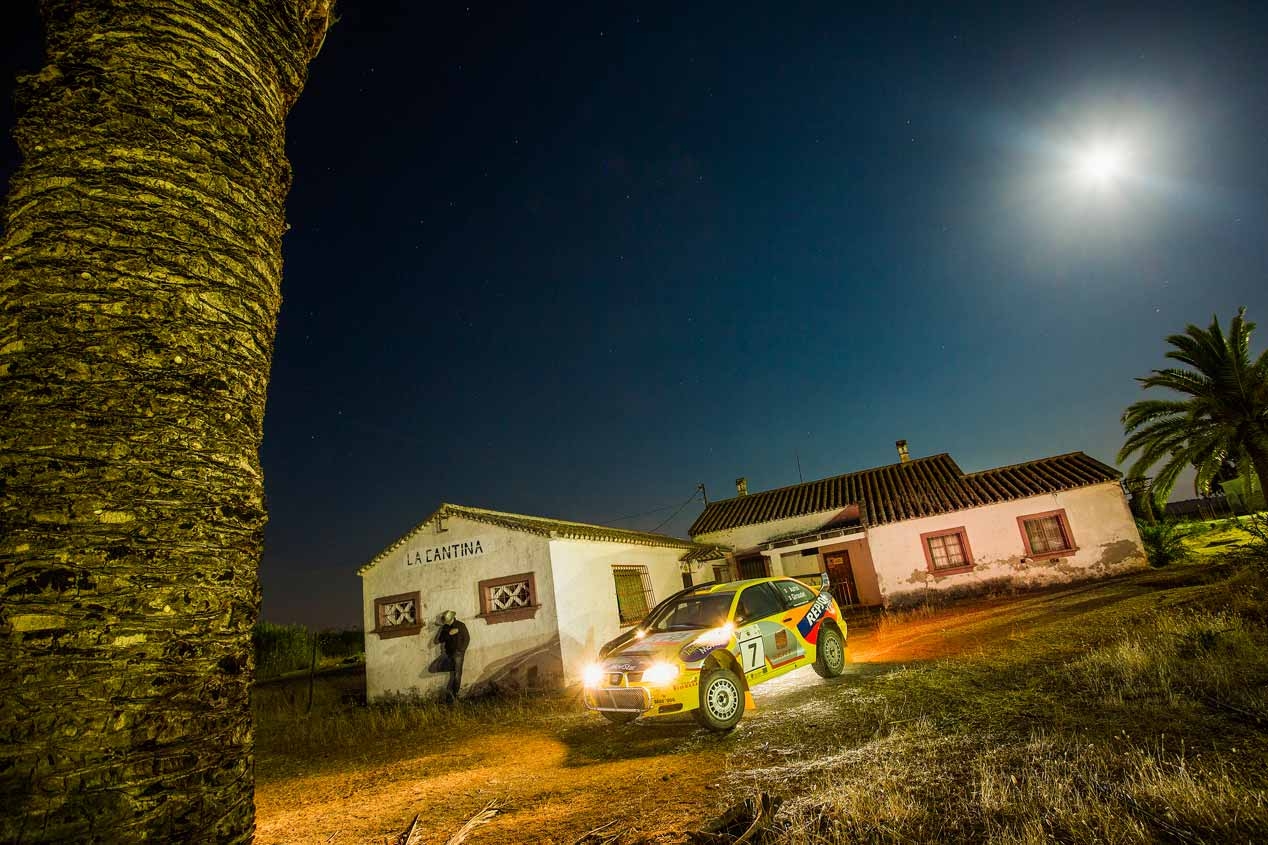 He SEAT Cordoba WRC It proved to be a very effective weapon in this area, as demonstrated by the third place achieved in the Safari 2000, one of the best results obtained by the car in the years in which he played the World Rally Championship.

At the controls of SEAT Cordoba WRC and if I had done all my life, Javier getting a perfect rapport and that at first the piloting is somewhat nervous and delicate. It should be noted that their driving is quite similar to that of a rear-wheel drive; the rear is boss, especially on land, we must also take into account the Management is very fast and very sensitive. The 2-liter turbo It requires take over 2500 rpm to be operational, while the sequential gearbox allows gears up throttle without the clutch. It is also peculiar touch the brake, hard as a rock. Linking curves with the mastery of himself Auriol, Javier suddenly awoke from a wonderful dream.

It had been so real ... Under strong excitement, wasted no time in going down to the ship where besides tractors, keep your car. He was hoping that the SEAT Cordoba WRC Safari yet still there. Opening the door I discovered that it had indeed been a dream, but was disappointed; in the place where he thought could be the WRC, the Leon ST X-Perience was with 184 hp diesel engine, DSG and all-wheel drive I had recently acquired.

Evidently Seat Leon ST X-Perience is not so much charm, but is a perfect car for Javier. Thanks to greater ground clearance, enhanced suspension and all-wheel drive, this family can shoot relax on the roads of the Sevillian marshlands, even in the winter months where the clay mud prevents the passage of most cars. It is also comfortable, spacious, ideal for holiday trips with family, also perfect for transporting mountain biking on weekends. No wonder it feels proud to have their Seat Leon ST X-perience in the garage, which does not mean to continue dreaming of the Cordoba WRC.

- Prices of new cars in Autopista.es

- Compare up to three cars at once

- The three generations of the Seat León Cupra, video