Renault Scénic and Grand Scénic 2017: We tested the new generation

The new generation of Renault Scénic MPV adopts a step closer to an SUV style, a practical, modular interior and an economic engine range. 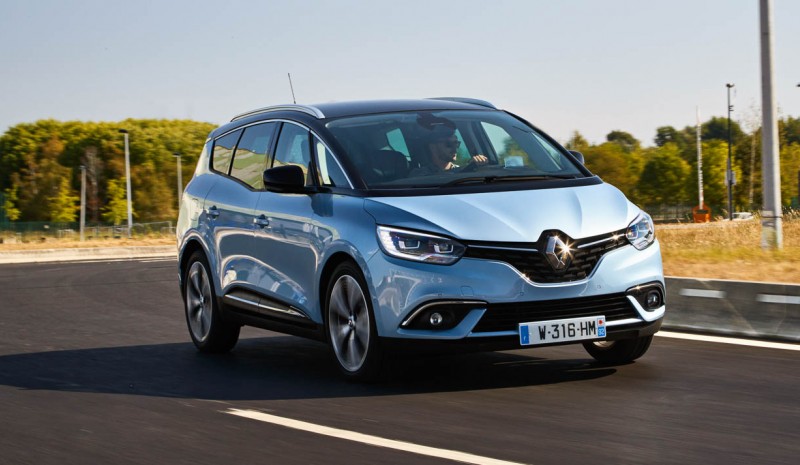 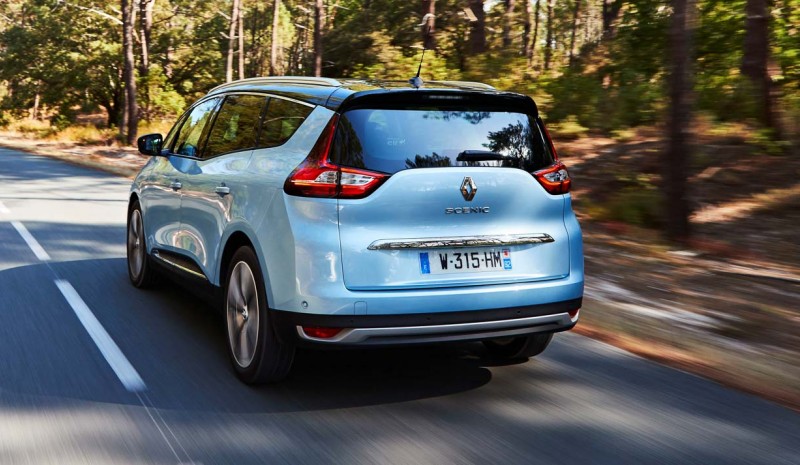 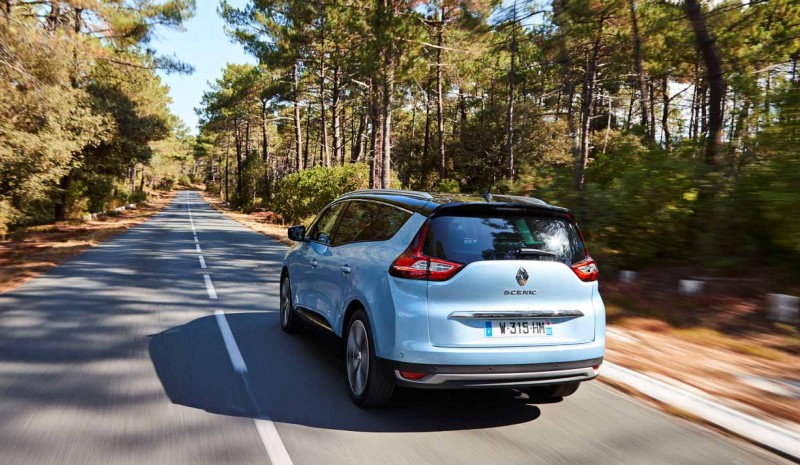 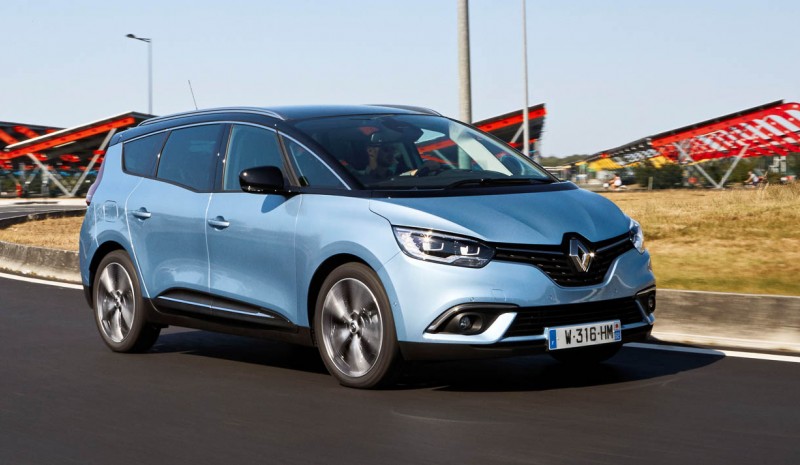 The fourth generation of Renault Scénic and Grand Scénic is more than a number associated with a familiar concept like compact MPV Renault. There is more to see it to realize the effort invested in its design, of the Modularity solutions present therein and of the mechanical range which it includes in its offer engines. It is true that keeps a family resemblance so marked the latest brand arrivals could risk confused with some, as currently happens in brands such as Audi or BMW-, but compared to the model it replaces and competition, There is no doubt that we are a fully-new concept car, minivan functionality and dynamic look with a touch SUV and one only mounted tire, a striking 20 inch diameter tires 195/55 carriageways which they constitute a novel bet in the category which raises ground clearance by 4 cm and allow more easily absorb both uneven terrain and speed bumps thanks to its larger perimeter rolling without loss of comfort associated with profile tires low-. For skeptics, add how Renault It is committed to having replacement tires at dealerships at the time of commercial launch, originally scheduled for mid-November with a next exit price to 19,000 euros.

Although it embodies a concept very family, a minivan It does not mean that the driver must be a character of secondary importance, but in the Renault Scénic 2017 quite the opposite happens. The instrumentation has moved from center console to be located behind the wheel leaving the area available for touch screen multimedia system (sizes 4.2, 7 or 8.7 inches depending on finish). In addition, the sliding center glovebox would allow either "isolated" from the rest of passengers adelantándola to give continuity to the zone selector change or delay it to locate on the ground in a discreet central location a small bag or mark territory if the back seat if we avoid fighting two children traveling in the back seat. This rear bench has the Scénic family with 16 cm length adjustment in the range, which will increase the trunk or leave legroom in very prominent 85 cm, and is divided into two asymmetrical halves provide a good dose of modularity, although some will take less the three independent seats in the outgoing generation.

In the initial measurements made during the presentation, which will check as soon as the Renault Scénic is among us, we felt that no grounds for criticism in access front or behind or in terms of space. Habitability is correct width (149 cm in front and at the rear 137) and height (maximum of 97 and 93 cm back), sufficient for three men of normal height and normal weight ... but insufficient if exceed 1.90 m tall, especially in units with panoramic roof. Worst solution is in this sense the third row of the Grand Scénic, the only version to be sold in Spain, since the latter two are only usable with any comfort children or people of small stature due to loss of headroom respect industrial model aspect it replaces. 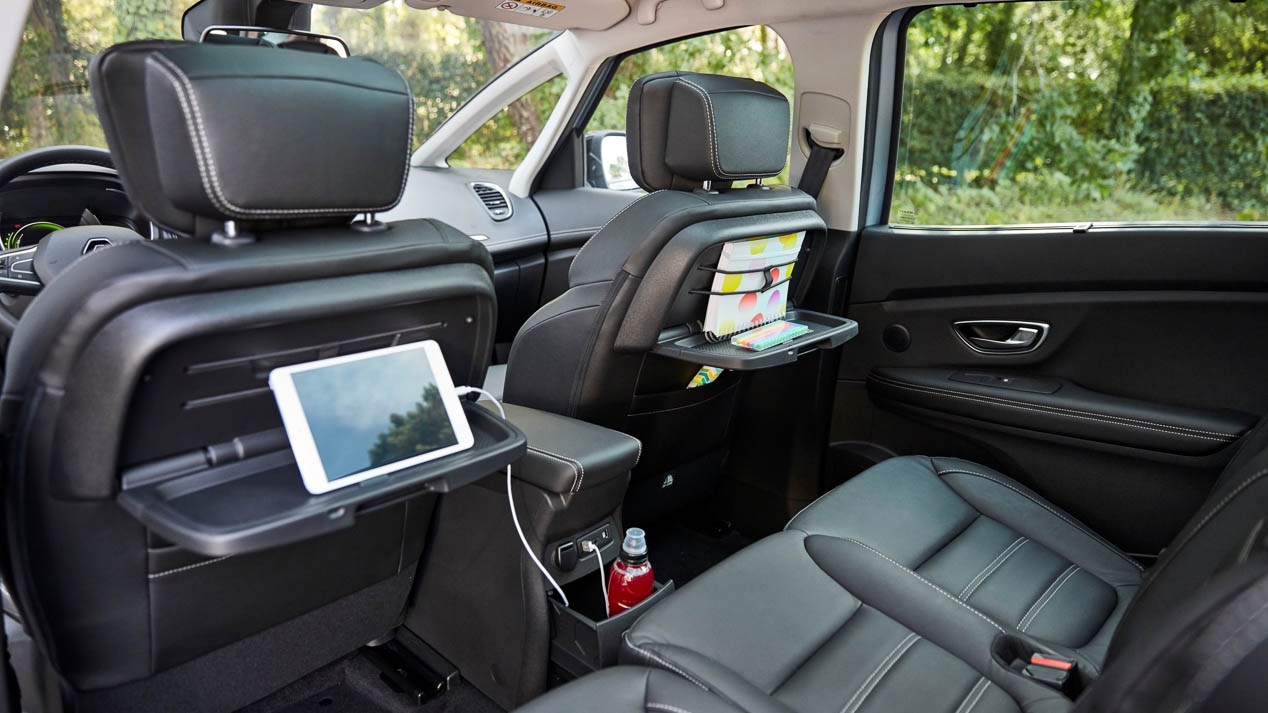 He announces trunk capacity of 533 liters VDA 506 and respectively in five (Scénic) and seven seats (Grand Scénic) and could grow exponentially in the case of folding the rear seat backrest, which can be done from the trunk in the most sophisticated finishes. These also include the ability to take forward the passenger to load backup long objects like ladders, surfboards or furniture in the Scénic 2.3 m and 2.8 m in the Grand Scenic. This feature is standard on Zen and Edition One finishes, while in the Intense fits into optional Flexi pack pack ... but must take into account that it is incompatible with leather seats or electrical.

The practical details are closed with multiple holes distributed in the passenger compartment (drawer foot, the passenger and rear, one small sliding in the center console and a sliding glove 11 l capacity for a total capacity of 63 l by adding all holes). also it includes up to four USB jacks including two cargo in the rear seats, which would facilitate the storage connection or tablets or other mobile electronic devices

The range of engines Renault Scénic family It is shared with the Renault Mégane. It has two petrol options, both with 1.2 Tce block available in both 115 and 130 hp with an average consumption of 5.8 l / 100 km on Scénic and Grand Scénic 0.3 plus Diesel and two separate blocks of 1, 5 and 1.6 liters; 95 and 110 hp the first (3.9 / 4 l / 100), 130 and 160 the second, with an average consumption of 4.5 l / 100 km the most powerful (it with dual turbo series and change EDC dual clutch). It is not intended to change the appearance of 4Control system versions with four-wheel steering or the introduction of a variable damping-style Espace Renault Talisman or firmness. 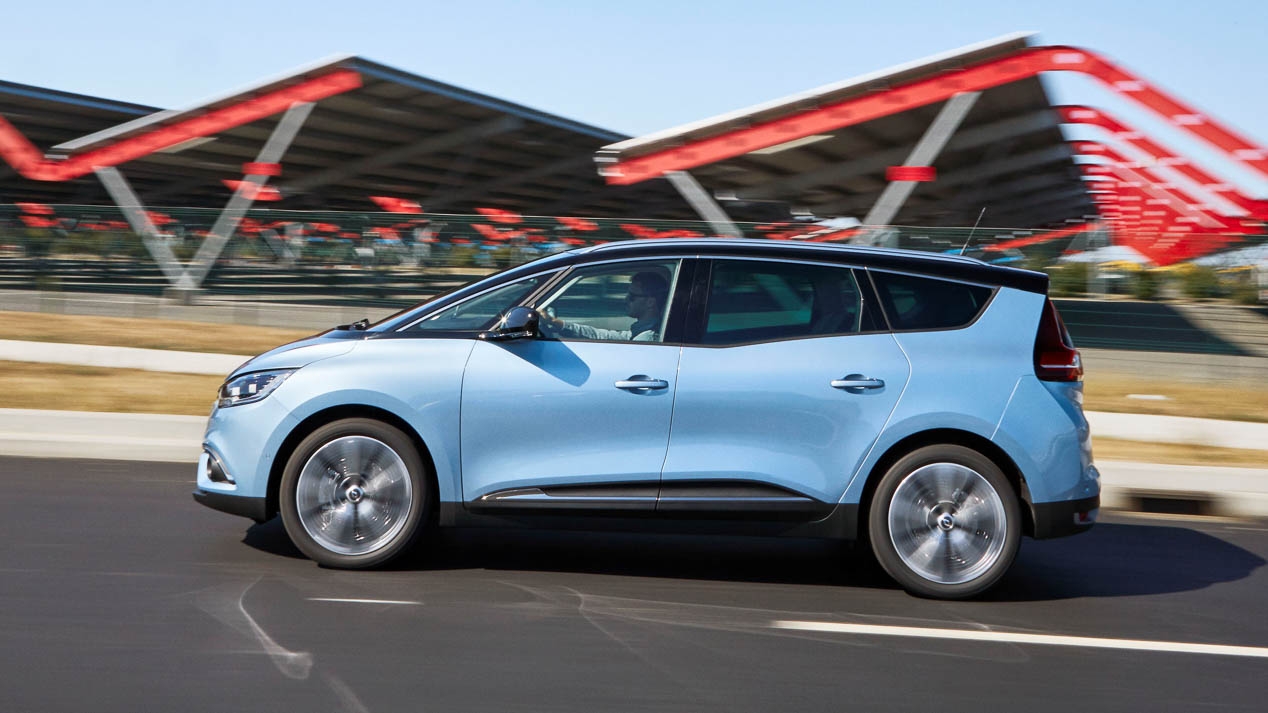 In making initial contact we saw a proper push, with better willingness to maintain the speed to impress with dazzling acceleration and great interior insulation with respect to the engine noise and the movement of the wheels. However if the noise of the air at the height of the mirrors could tell, perhaps because the units making contact are still before the final production models, still remain details to adjust and this may be one of them.

certified five star crash test safety EuroNcap, he Renault Grand Scenic mounts across the range he emergency braking system in city (AEBS - braking system activates emergency, in English) system with pedestrian detection with the vehicle traveling between 7 and 60 km / h would be able to brake autonomously to stop the vehicle if the driver does not react to sound warnings risk of upsetting a pedestrian.

Similarly, the Scénic family has lane keeping system -functional between 70 and 160 km / h- with handwheel active if the vehicle were to step on any of the boundary lines and rail system Driver fatigue warning to recognize possible losses of concentration and emit warning signals to remind the need to take a break.

Like the previous releases Renault, the Scénic and Grand Scénic 2017 count, In addition, the communication system R-Link, with access to utilities such as the Coyote community, traffic warnings, a recognition system of speed limits and the ability to choose from five driving modes that vary the hardness of the steering and throttle, engine sound and its response to the demands gas pedal from a sportier one Eco performance and includes one customizable. Yes. Do not expect a change in the tuning of the suspension, which in this case you do not have a piloted damping, or lack you will in most cases.

Cars with larger trunk, according to our tests