Suzuki Ignis 2017 the returns after the withdrawal from the market in 2008 model with this name. Almost 10 years later, it lands with an aesthetic of SUV and motor with micro-hybridization. 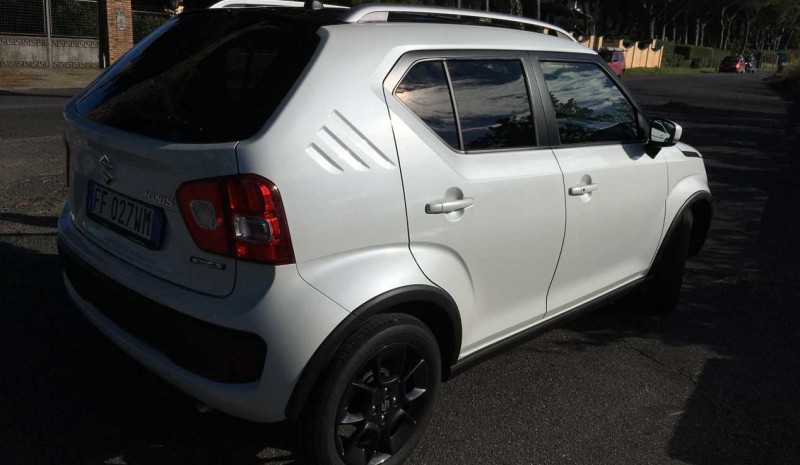 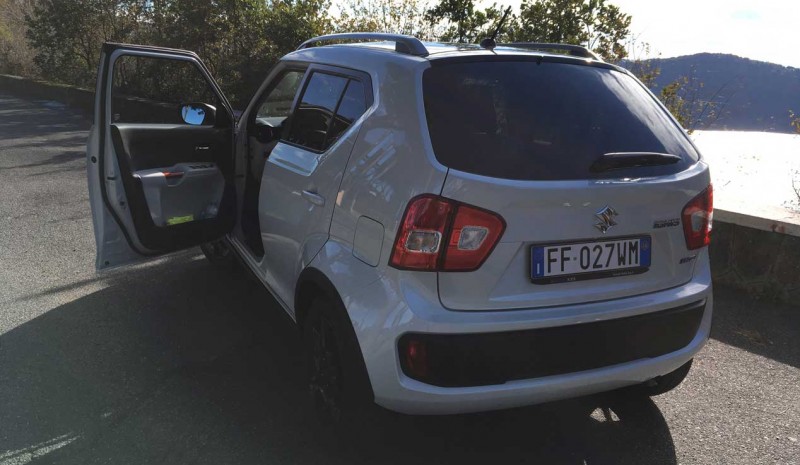 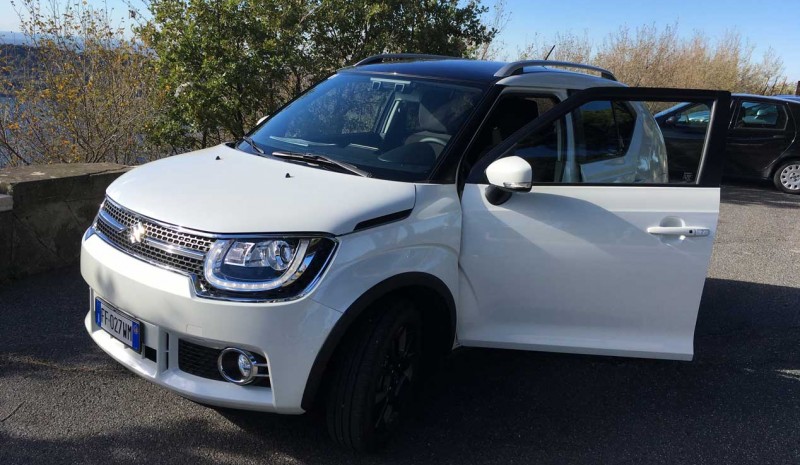 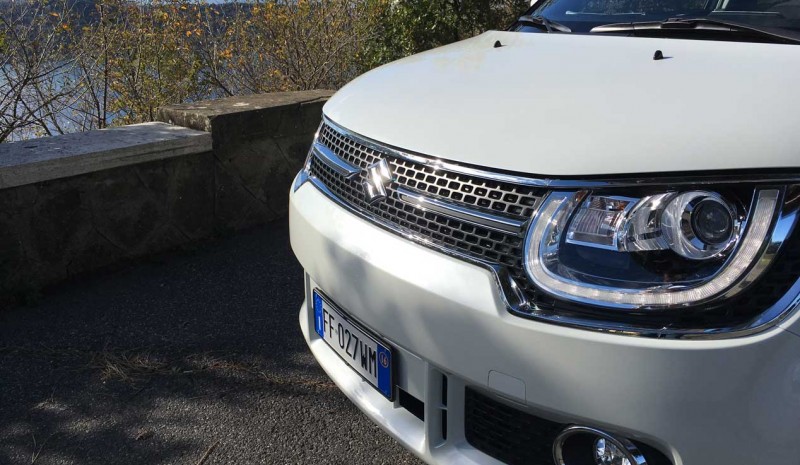 We could see the Suzuki Ignis 2017 during the Paris Motor Show 2016 and we have had the opportunity to try this small car with SUV identity which, from the brand, intended to classify as CUV (abbreviations of words ingelsas "crossover utility vehicle").

With this innovation, which hit the Spanish market early 2017, Suzuki retrieves the name Ignis, a car that in its previous era was selling under the guise of small minivan. Taking the prototype Suzuki IM4 Concept shown at the Geneva Motor Show 2015, New Suzuki Ignis shown more attractive and with aspirations ‘off-road’ that are clear to offer as an option 4×4 traction ‘Allgrip Auto’.

Suzuki I speak of clear intentions to present a simple and iconic car, all reflected in this model 3.7 meters long and 1.95 meters high and developed on the new lightweight platform where we saw that his brother Suzuki Baleno rested. Regarding the height of the body to the ground, Suzuki announced for Ignis a cota from 180 mm. 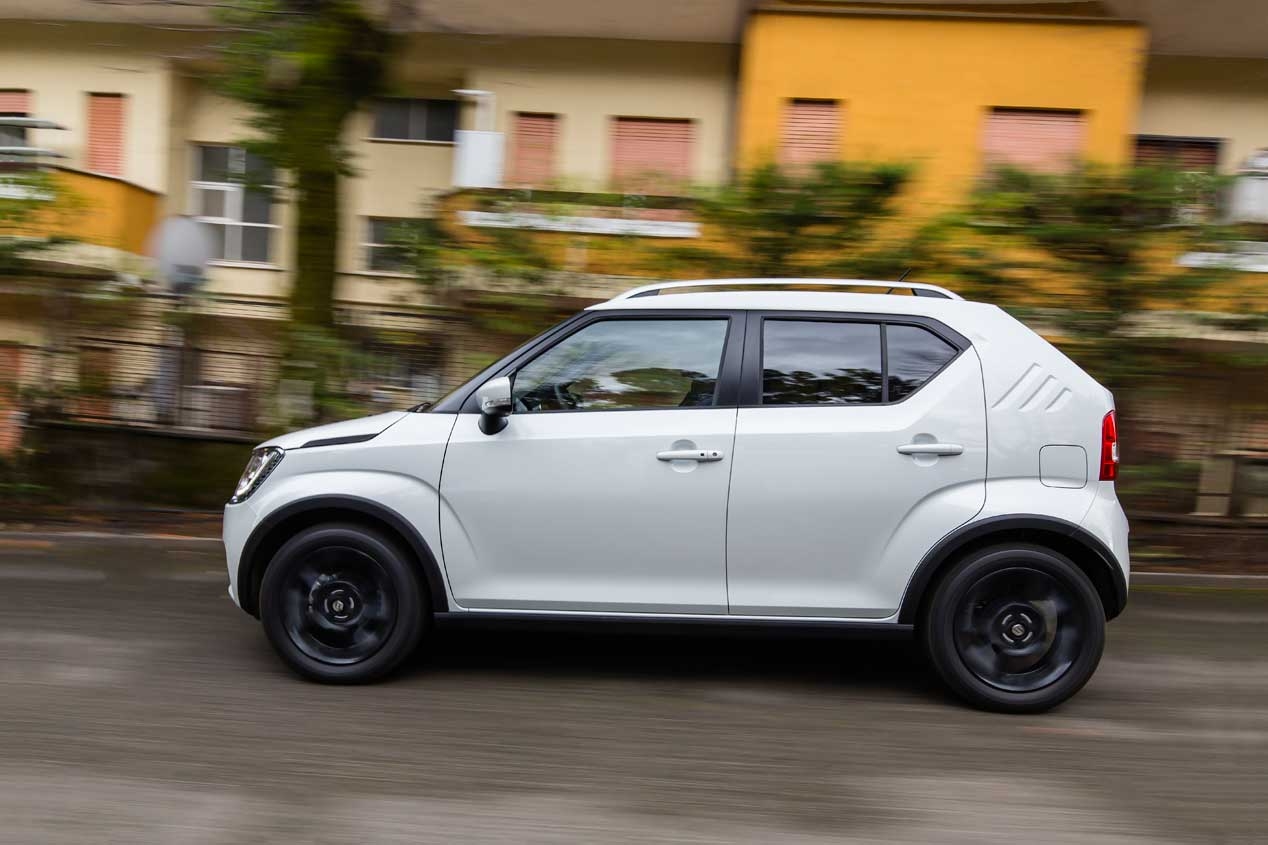 A first look at the exterior of the car leaves a body painted in two-tone colors, which on its rear side slits that characterize the Suzuki Cervo first generation, and A and B pillars painted black, as in Suzuki Swift, and hood inspired by the Suzuki Vitara. The front of the highest finish (GLX) can be distinguished from the termination of access (GLE) LED technology to present their headlights and slightly more striking details on the front grille.

Already in the inside of the Suzuki Ignis 2017, although we do not appreciate high quality perceived by the remarkable presence of a majority of plastic material, the space is generous and comfortable steering wheel position. The same can say the passenger seat and two rear individual seats that can slide to rest in a reclining position or folded to grow your trunk, if normally provides a volume of 267 liters (Somewhat less for Allgrip 4×4 drive version), this figure can be magnified if we do not use the rear seats. In its normal configuration, they could get three to four well-placed luggage trolley type (or bags of hand luggage allowed in the cabin of an airplane).

The feeling to start driving with the Suzuki Ignis 2017 It is that it is a very quiet car for response, which is evident as the only engine offered in the range develops a maximum torque of 12.24 mkg. The unit we tested we have the petrol engine 1.2 Dualjet SHVS 94 hp, which it features technology called micro-hybridization ISG (4 CV provides extra). This technology includes an electrical device that supports the gasoline engine in its thrust and thrives on 3 kWh battery, previously charged with the energy released during withholdings engine or during braking.

I like the feel of the steering, which is passed or soft or becomes too hard, which is important in a car designed for use in a large city, territory for which it is prepared with turning radius of more than enough wheels to maneuver in small spaces and streets (4.7 meters). We could give a good account of it moving through the narrow streets of the villages in Italy we were lucky to find our way. He consumption combined cycle we read in our dashboard was 5.1 l / 100 km, curiously the same as we obtained with the Suzuki Baleno this same mechanism. The figure seems remarkable, though said by the way, we consider it a pretty empty feeling in terms of driving car is concerned, which in turn helps to be pleasing to those who do not seek much more than move from one point to another.

They do not want to hear about Suzuki to incorporate mechanical Diesel and the three-cylinder engine 1.0 Boosterjet turbocharged 111 hp emerged as an option, it is not now in the mind of the manufacturer, that it still reserved for the Baleno. Maybe this would have been the choice for those who avidly seek the response of this car, which in the ‘worst’ case weighs 870 kg. 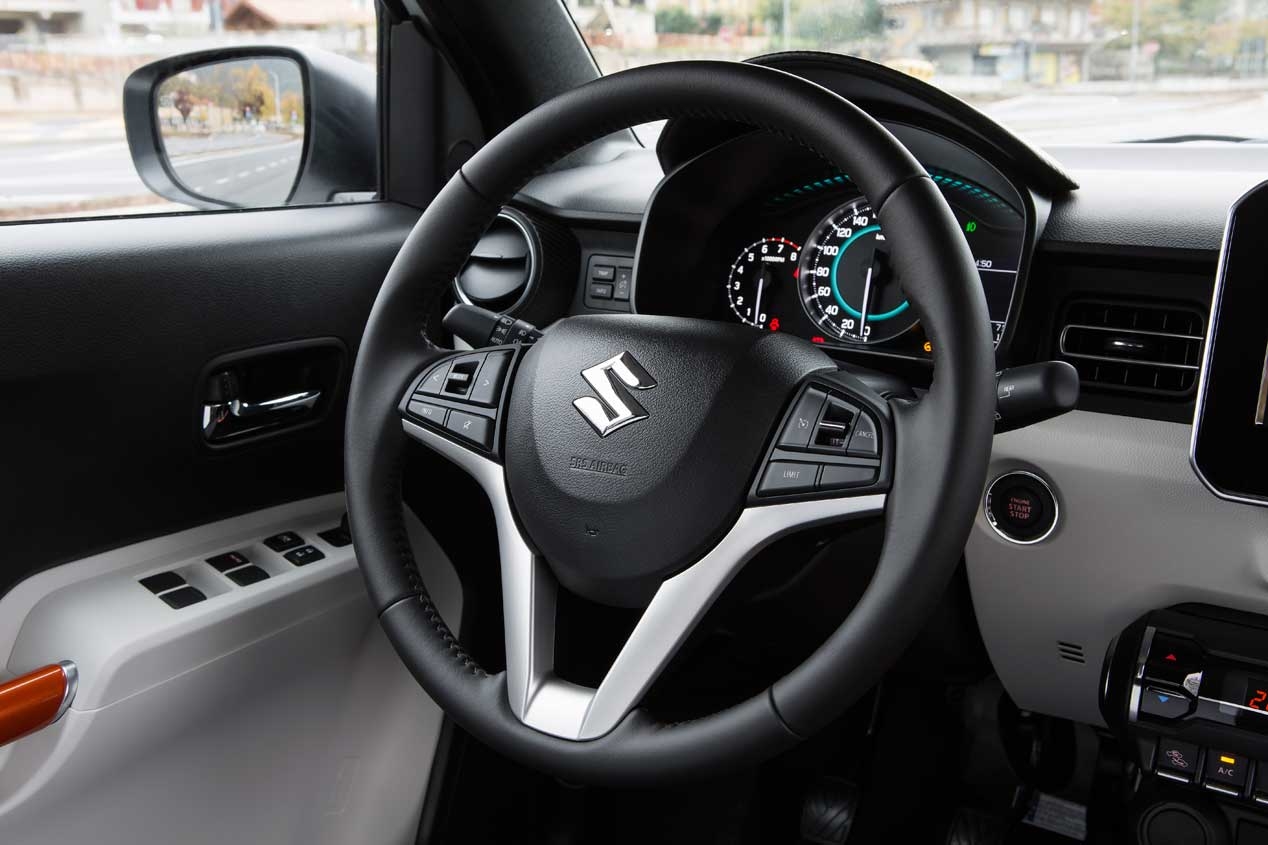 What it does allow us Suzuki Ignis 2017 It is to choose other options for the petrol engine 1.2 Dualjet. Leaving aside the micro-hybridization SHVS (only available in 4×2 version) this engine is also available with traction 4×4 ‘Allgrip Auto’ (Automatic torque distribution when required by road conditions or loss of adhesion) or 4×2, the latter may be associated with a automatic transmission type controlled with five speed, instead of the manual gearbox standard (also five-speed).

In safety and driver aids, finishing GLX system features’Brake Dual Camera Support‘(Dual chamber), can automatically stop if it encounters obstacles in your way. We must also mention the ‘Lane departure warning‘By visual indication and a small steering wheel vibration and sound and light warning of shimmy, I can be being caused by an oversight or a drowsy state driver.

Prices Suzuki Ignis 2017 (approximate and the absence of confirmation)

* All prices include launching a promotional discount of 2,000 euros and 1,000 euros can be lowered if eligible for funding Suzuki conditions.