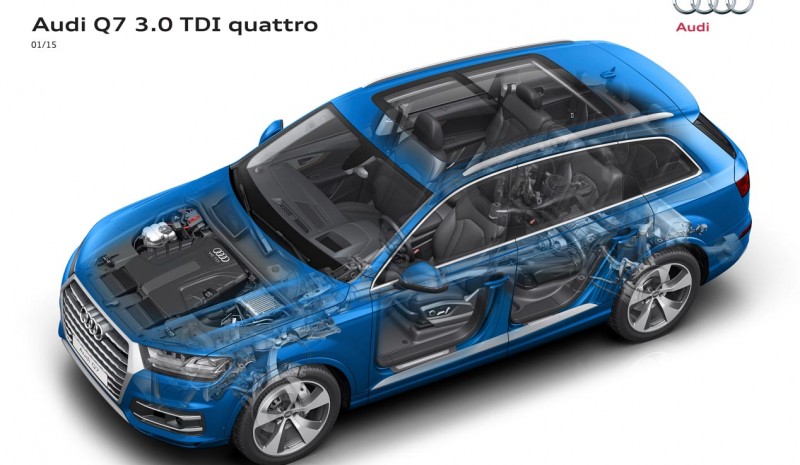 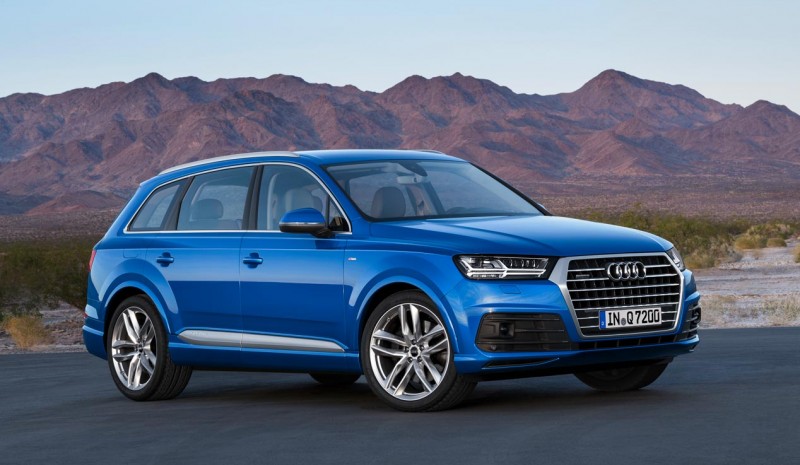 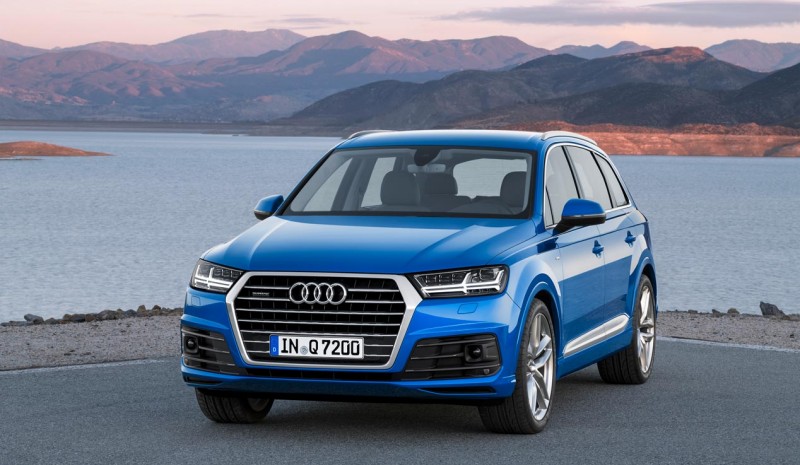 He Audi Q7 It has taken ten years to brand new generation. She was launched in 2005 which is until today the largest of the German brand SUV. Now, in the second installment of this luxury SUV The changes come on all fronts: platform, dimensions, materials, technology and engines, especially with the arrival of a new plug-in hybrid version of the Q7 TDI quattro e-tron, which becomes the first hybrid diesel 'made in' Audi.

The new Audi Q7, with new specific modular platform for engine longitudinally Q, has seen reduced dimensions: Now measures 5.5 meters long (-4 cm), 1.97 meters wide (-1.5 cm), 1.74 meters high (remains unchanged) and a wheelbase of 2.99 meters (- 1 cm). Still, the brand with the four rings acknowledges having both increased cabin space Q7, space for knees and legs, as in the trunk, now with a capacity of 890 liters (295 with three rows of seats installed). 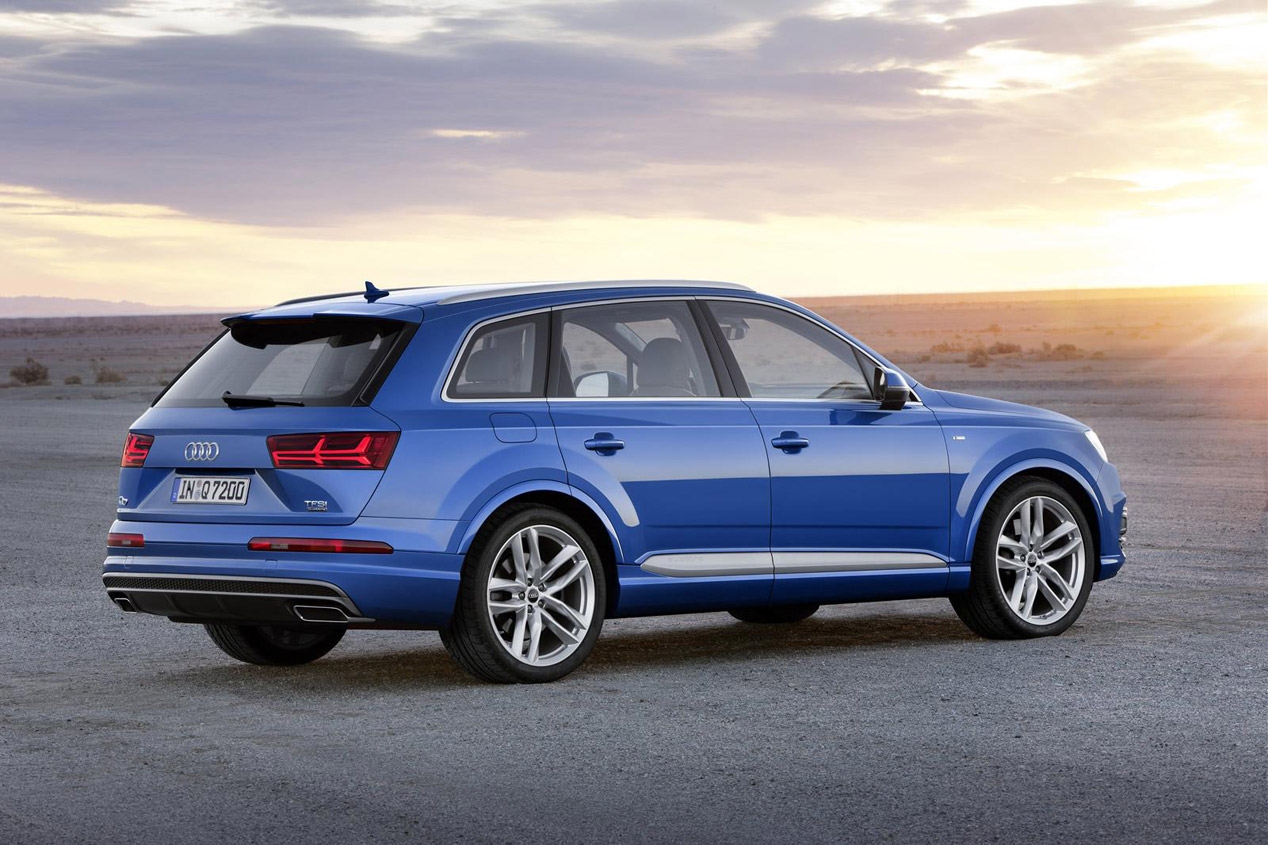 In total, Audi announced a reduction in the weight up 325 kg in the best case (with the 3.0 TDI engine under the hood, 1.995 kg). To this end, the Germans have resorted to use of stronger materials and, at the same time, lighter, as steel or high strength aluminum. This, in turn, translates into a greater efficiency in all its mechanics: up to 28 percent less consumption in their TFSI petrol engines and 23 percent in the TDI turbodiesel.

The technology will be another front where it will attack with the new Audi Q7: Optional LED headlights matrix, the new Audi virtual cockpit of 12.3 inches (premiered at the TT), the second-generation infotainment system MMI selector touch, Bose system with 3D sound and 23 speakers, tablets optional 10.1 inches in the rear seats, new connectivity features with smartphones, assistant driving in traffic jams, four-wheel steering, and so on. 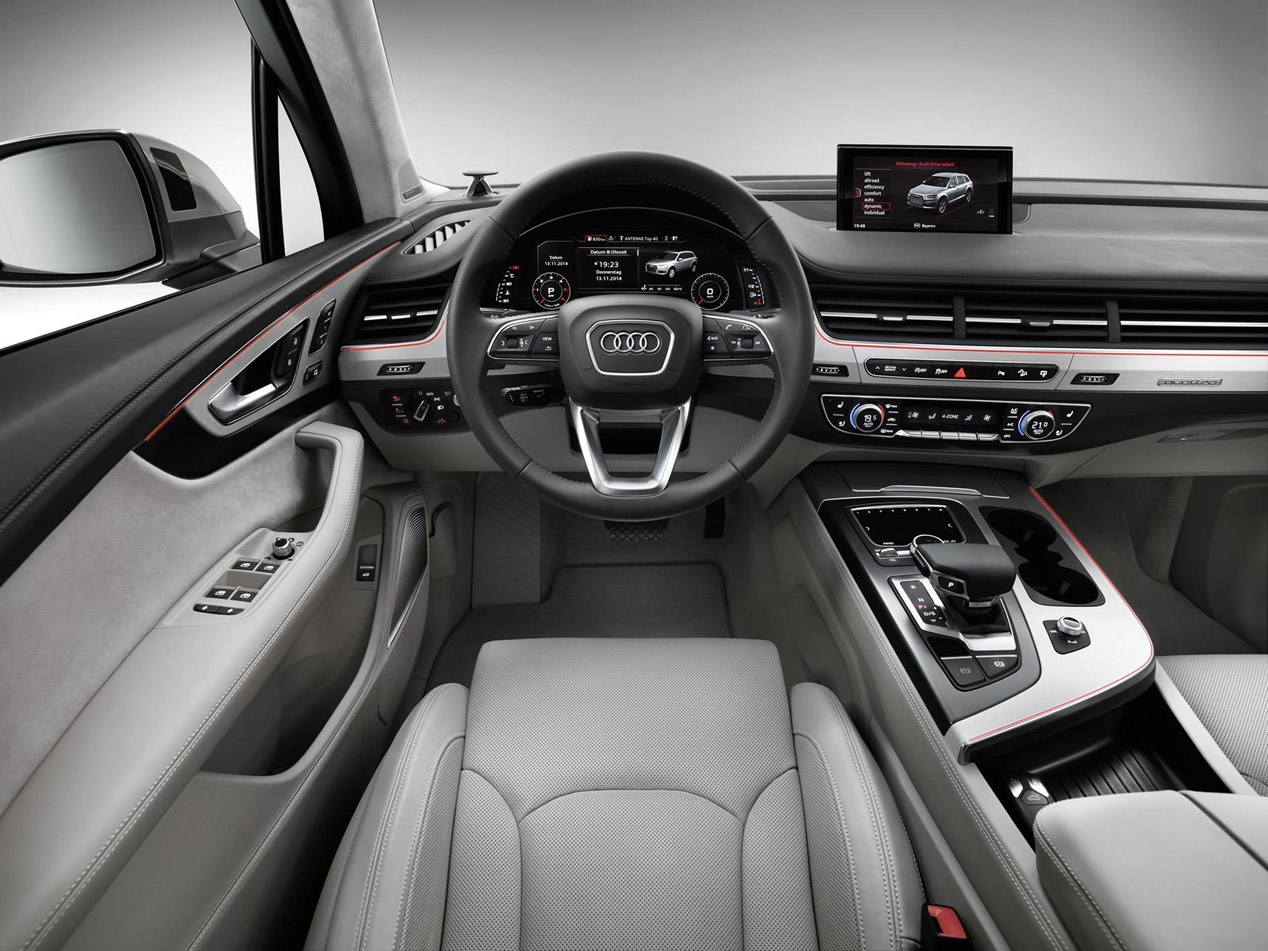 But undoubtedly the great mechanical novelty that comes with the second generation of the Audi Q7 is the version e-tron quattro hybrid plug, the second brand after the A3 e-tron quattro, but associated with the first mechanical Diesel. On the one hand, 3.0 V6 TDI 258 hp, and the other a 94 kW electric motor (127 hp), resulting in a total of 373 hp and 71.4 mkg torque. Force to all four wheels is transmitted through a Tiptronic automatic 8-speed torque converter (S-Tronic dual clutch in the A3 e-tron quattro). promises 56 kilometers in electric mode hundred percent (50 km A3) and average consumption of 1.7 liters per 100 km (1.5 l / 100 km in the A3).

Offensive 'Q' at Audi has begun. The German brand expects that up to 40 percent of your customers buy one of their SUV or Allroad in 2020. The new Audi Q7 will start in Germany, where you can order from next spring, from 61,000 euros. The first units will not arrive until the summer. Later, in 2017, they reach the Q8, his brother coupe, and Q9, his older brother; below the range, are provided new Q1, Q6, ...