A little over a week before the start of the 2015 Formula 1 season, have confirmed which vehicles will function safety car and medical car are both entirely new: the Mercedes AMG GT S, which replaces the ' gullwing 'SLS AMG GT, Mercedes C63 and S, respectively. 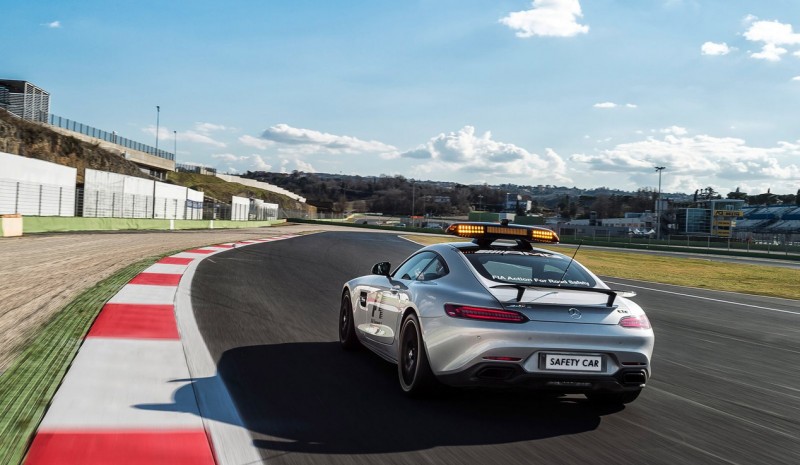 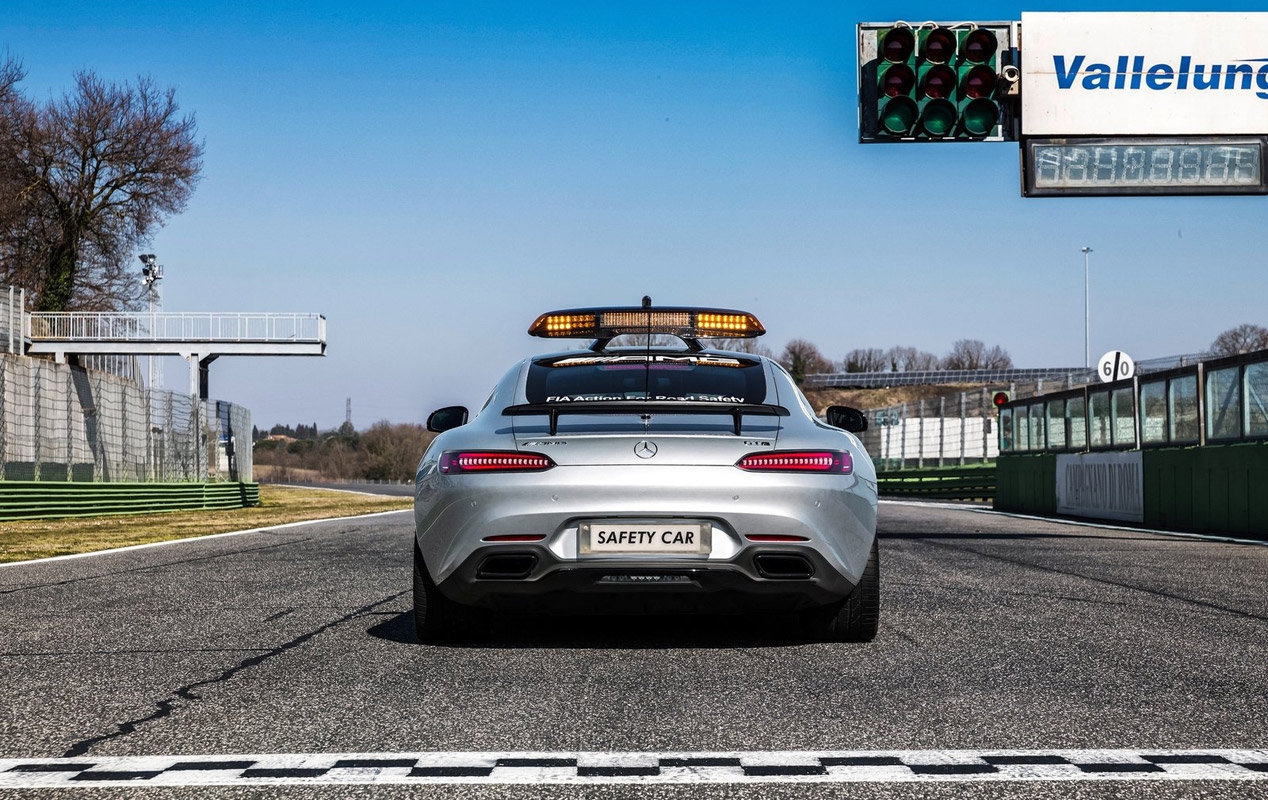 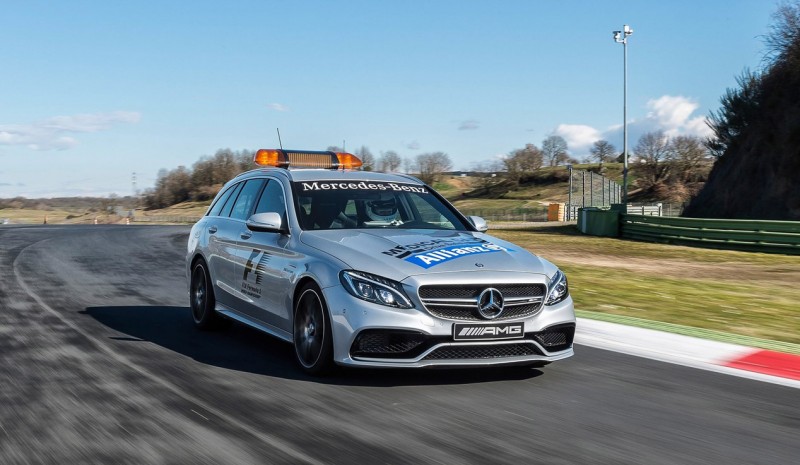 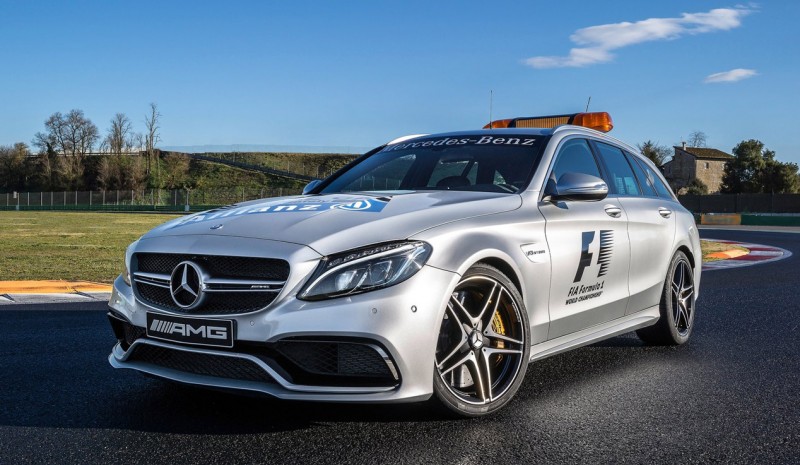 The two cars of the team Mercedes They will not be alone on the slopes during the 2015 World Formula 1. The defending champions will again be accompanied by two cars of the German mark, which again supply Car Safety and the Medical Car the maximum car category in the world. And it does so with important news.

As Safety Car, and after five years, the 'gullwing' SLS AMG will be replaced: Catch the witness the new supercar developed by AMG, the Mercedes AMG GT S, which will leave the track during races to regroup the cars when there is some kind of danger and / or accident.

Except for own details on the body to distinguish as safety car as logos waves Ceiling lights, the Mercedes AMG GT S keep unchanged its characteristics Street model. That is, preserves 4.0 V8 biturbo same mechanical petrol, with 510 hp Y 66.3 mkg torque that associated with the known automatic double clutch 'AMG Speedshift DCT-7', it catapulted from 0 to 100 km / h in 3.8 seconds and even 310 km / h top speed. To give more 'good atmosphere' to its outputs to track, has the exhaust system 'Performance', which gives it a stronger and more sporty sound.

At the wheel will be, for the sixteenth consecutive season, the German driver Bernd Mayländer, 43. At his side will be the British Peter Tibbetts, fuel analyst FIA, which is responsible for radio transmission with race organizers and will have available two systems integrated radio vehicle, he 'Mashalling System ' to know which flag is flown at all times and two iPads to follow the television and times real-time signal.

Mercedes-AMG is supplying these vehicles since 1996. During the last season, the safety car came onto the track 14 times for 10 of the 19 races. 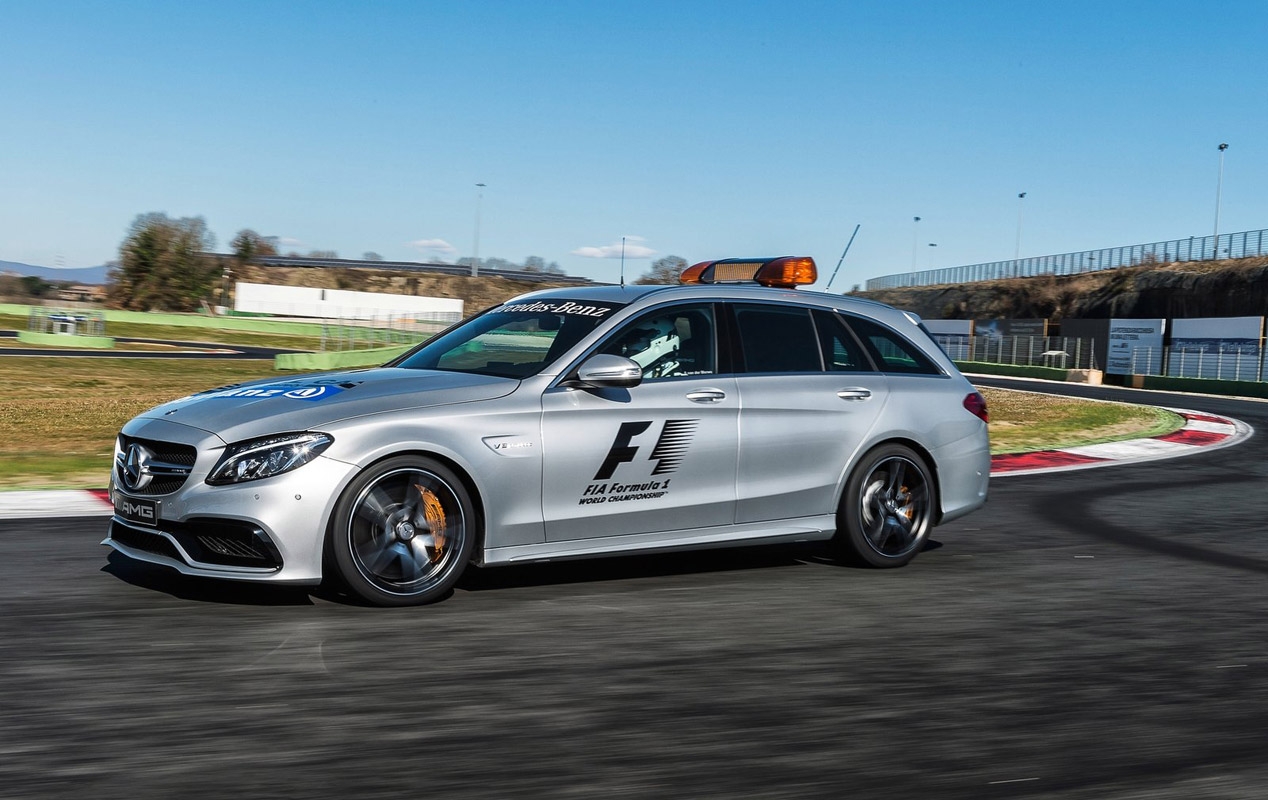 Star brand will also provide Medical Car of the Formula 1. New C63 will be a family, but this time the new Mercedes C63 AMG Estate S with the same engine, transmission and exhaust system AMG GT: the V8 biturbo 4.0, also with 510 hp but with 71.4 mkg maximum torque and acceleration track 4.1 seconds.

In the case of medical car, your role will be attend as quickly as possible to the pilots involved in an accident on track. It is the car that nobody wants to see during the races, as its output usually means a stronger than normal accident. For medical care, the South African pilot Alan van der Merwe will be in charge of leading the FIA ​​Medical Officer, British Dr Ian Roberts, 51, and one or two accompanying doctors in the rear seats, both specialists selected from a hospital close to each circuit.

It will be located beside the safety car in the pit lane during the race, after closing the grill for all races in the formation lap. He also will have the special logos of Formula 1, the special lights on the ceiling and all radio communication equipment and iPads in the passenger compartment. Its large trunk of 490 liters capacity shall be provided with Full medical equipment, It is including defibrillator and respirator.