Spectacular video last McLaren and his partner Tag Heuer. The team has rescued for the occasion Ayrton Senna MP4-4 that in 1988.

Before the debut of the McLaren MP4-30, the car of the British team for the 2015 season and that meant returning to the mechanical Honda, there was much talk of the return of a historical binomial. Why? Because both English and Japanese, together, marked a golden age in the history of the Formula 1 in the late 80s.

The climax of that team McLaren-Honda it took place in 1988, when the MP4-4 driven by Ayrton senna (Champion that year) and Alain Prost He achieved a dramatic milestone: winning 15 races and 15 poles achieve the 16 Grands Prix of the season. Now, McLaren rescues for that mythical car latest video as a movie called 'Do not crack under pressure. A legend returns' ( 'Do not break under pressure. The return of a legend') to celebrate 30 years of collaboration the Woking team and watchmaker tag Heuer. 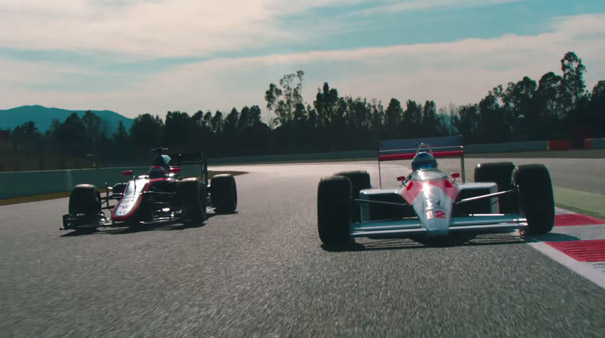 The driver who has been lucky enough to ride the MP4-4 in the Montmelo It was Fernando Alonso, accompanied by his companion Jenson Button at the wheel of MP4-30 2015. The recording took place in February, during the preseason, curiously days before Alonso accident that left him outside the first GP of the year.

Things in life, have gathered the overwhelming McLaren its history and which, so far, is being one of the most vulnerable in this 2015 with zero points in five races and many, many reliability problems. Will the magical era of McLaren and Honda will be repeated in this decade?

- You may also like: Alonso and Button parodian 'Back to the Future' (video).