Technological windows were General Motors in the late 40 and 50. These stylized microbuses were used by GM in the Parade of Progress, who traveled the United States exhibiting cars and technology. 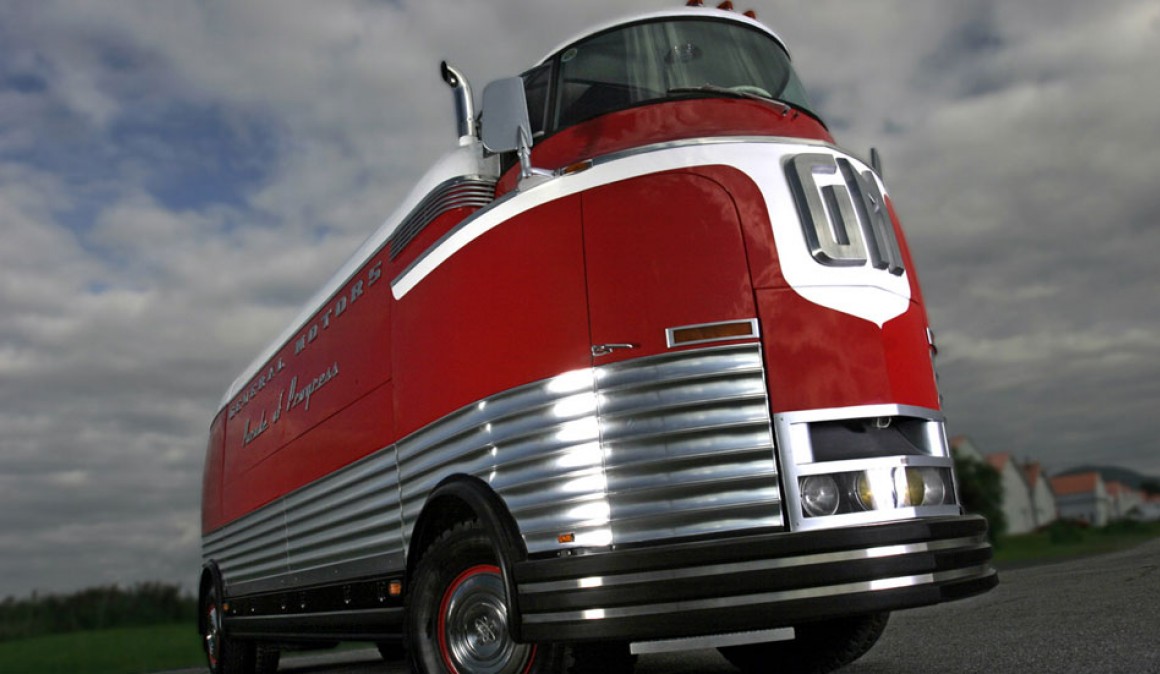 The first GM Futurliner was manufactured in 1939 for Expo New York and be part of a dozen units began touring American soil between 1940 and 1956 stopping at the peak years of the Second World War to show the potential of General Motors and disseminate technological solutions range for US buyers.

Every GM car Futurliner not only showed progress, also had an informative role of science and technology applied to other facets of society and so They showed stereophonic sound, microwave ovens, television and other innovations of the time. Caravans stopped Progress made in 1956, with the popularization of television.

The second life of the Futurliner was curious: several units were donated to the Michigan State Police to promote road safety. Other evangelical churches were sold in the '60s. At present there are only nine units, highly prized -in 2006 were paid four million dollars for a Futurliner at auction-. One is located in Sweden.

Harley Earl, one of the first designers legendary automotive history, It was its creator. Earl worked for General Motors between 1927 and 1959 and to his credit is also having been the father of the first Chevrolet Corvette. His first car was the Cadillac LaSalle in 1927.

Each GM Futurliner measured 10 meters long, with a height of 3.5 meters and 2.4 meters wide. Its weight was 13,000 kilos and mounted a fuel tank 340 liters of diesel fuel to power a four-cylinder engine with manual transmission that allowed him to reach 65 km / h. From 1953 mechanics change by a six-cylinder associated with an automatic transmission.