Opel Astra lowers the weight at 200 kg, which makes you more efficient and dynamic, while providing superior technology. Albeit with a smaller size. 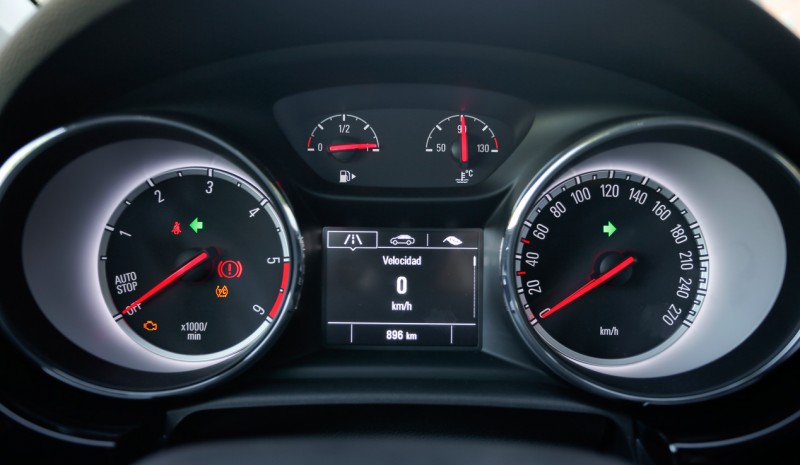 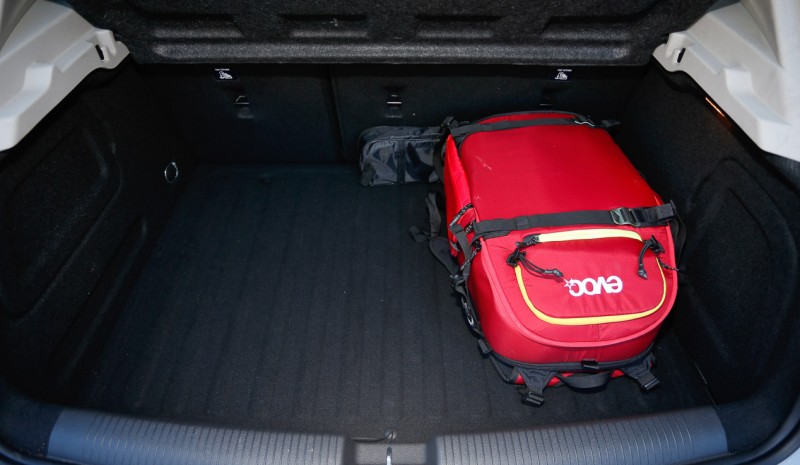 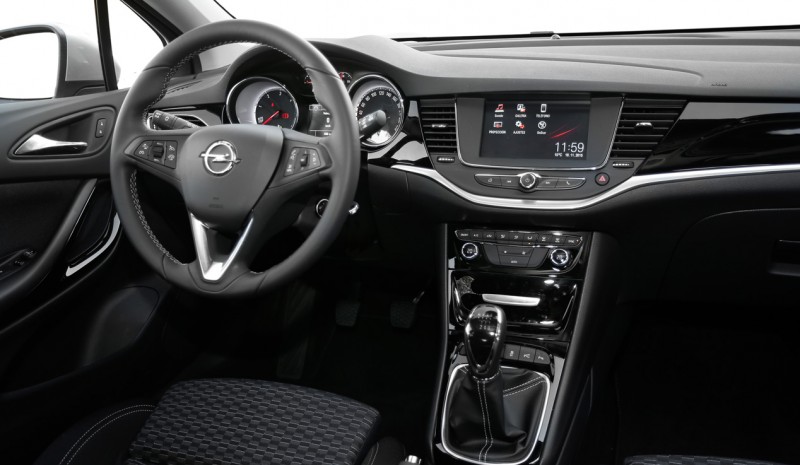 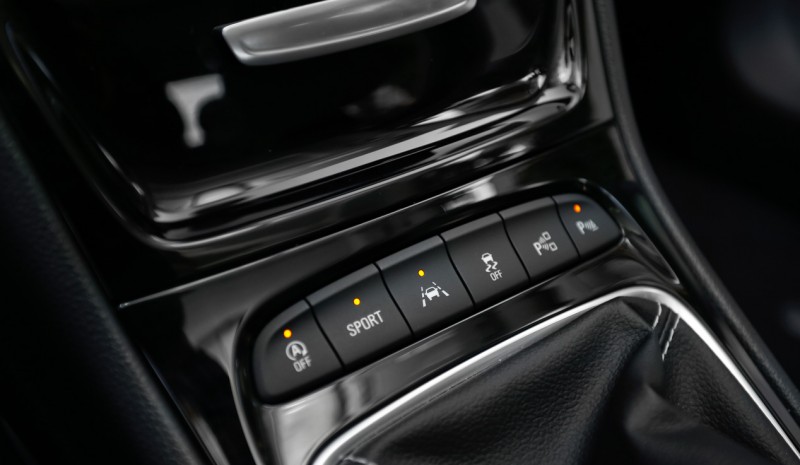 Does it come to an end fever large sizes in the automotive sector? That has led the utility to overcome the barrier of 4 meters long, formerly flirted with compact, which grew at half-size sedan while they were dangerously close to 5 meters. At least as regards the proposal of the Opel Astra, it seems so.

Now, compared to its predecessor, loses 5cm in length and 2 cm in width and height. his battle as well yields 3 cm while the track width is the only dimension that increases with 1 cm on each axis. However, now, with his 4.37 meters of length, size is somewhat above the average, while previously framed among the largest.

However, the main reason for this reduction measures is given by urgent need to reduce its mass, in recent generations it had increased to a level that made him the most obese category. And, of course, the more weight you have to move consumption will increase and the reactions of the car will be less agile, while be strengthened chassis, brakes, wheels ... to hold a greater demand.

Opel says he reduced the weight of the new Astra 120 to 200 kg, depending on version. Sometimes we see that these figures reveal manufacturers tend to be more theoretical than real, since many are turning at once to "downsizing." And of course, does not weigh the same as a V6 engine that an inline-four or a tricilíndrico it. In the case of Opel Astra figures do not lie. Not in vain, in practice even more cuts, although those extra pounds may be only due to higher equipment since the last unit of the previous generation with the 1.6 CDTI yielded 1,570 kg on our scales. Today we verified 202 less. Amazing! That is a reduction of 13 percent.

But look where they have been so very much lower volume. The point at which most effort has been made is in bodywork, with a thinning of 77 kg through the use of high strength steels, but also stand the 50 chassis, with subcahsis and lighter trains rolling. Nor is the trivial 11 kg electronic It seems lie, with low weight and how difficult it is reduced when the technology is still major, the 11 wheels or 10 each of these sections: engine, transmission and seats, they are now thinner.

Marketing the new Astra he has started with the five-door body, which in early 2016 will join the Opel Astra Sports Tourer family. It is not envisaged three-door coupe style, called Opel Astra GTC so far as such bodies have increasingly lower demand. As for the four-door sedan, will continue to sell without the generational change their brethren in range.

The motors, in gasoline are based on a 1.0 Ecotec turbo direct injection 105 hp, good ride and refinement for its architecture. premieres A 1.4 Turbo with 125 or 150 hp, very nice and extremely low consumption, and it will shortly be complemented by a 1.6 Turbo 200 hp.

But they are the Diesel which focus more attention. At the moment articulated around the known 1.6 CDTI versions of 110 and 136 hp. The 136 hp, stays Horse of the most common 120 or 150 hp, which may be a commercial handicap for this level only found in the Hyundai i30 1.6 CRDi, 1.6 CRDI Kia C'eed, Mercedes A 200 CDI Renault Mégane 1.6 dCi or. But in practice we see that is an excellent all-purpose; with low fuel consumption and higher performance than the best of 120. Now It feels somewhat softer than the previous generation while transmitting less vibration to the passenger compartment. It has good bass, amply fulfilled by performance and low consumption -0.2 l / 100 on average less than before, but his touch result slightly rough. In addition, its sound something worse.

Sufficient walk a few meters to note the high degree of evolution reached in their driving. And not just because it feels quality higher rolling, and next to that of the reference category, such as the Ford Focus, and comparable to that of the Seat Leon and Volkswagen Golf agility, although being punctilious not reach the same strength in its stride. But it is in areas where they really know curves the new Astra, with a precision unknown to date. This is facilitated by an address that despite being electric does not require corrections, with good initial touch and cushioning left behind the characteristic vertical movements to the limit. It also improves handling manual transmission, but not completely detached from its characteristic doughy feel, and brakes. Due to its lower weight, the diameter of the rear discs is reduced, since the equipment has to support less weight but with a surprising improvement. It happens to be next to Focus or V40 between longer stopping distances to be positioned above average, although not approach the incredible range of León TDI, reference in this section.

Opel Astra, smaller on the outside but not inside

Despite its cut in the external dimensions, ingenuity makes it possible to find a more generous roominess. Backrests finest front seats or rear bench located in a lower plane are some of the tricks to get it, but not alone. Better design can offer raised 2 cm more width in the rear and one in both legroom and height. Coinciding other dimensions. Excels again for good ergonomics for a large percentile of people, while the center armrest can collide with the elbow when changing gear if we have located the seat cushion in a low position. We have not tried loas seating standard, but Ergonomic sport with AGR certification, electrically adjustable height, with four-way lumbar adjustment and extensible on bench (600 euros) we look perfect; either for support, comfort or how our body adapts.

Does not protrude quality materials. It is well finished, but only exhibits soft plastic on top of the dashboard and doors, in the rest much abounds tough guy. We miss in the compartment larger gaps where objects or leave larger, particularly in versions with mechanical handbrake, providing less space in the lower area of ​​the center console.

If not in the passenger compartment space is lost, we can not say the same trunk, What is it Large utility. 320 liters only exceeds the Volvo V40 (275 l), cubic almost half the Honda Civic (500 l) and is 30 of a Seat Ibiza. At least in his apartment found a temporary spare wheel.

It is also standard on Opel On Star with free connection for one year. It's about a Personal Communications Assistant with various services which has already been operating in the United States almost two decades. In a collision, if an airbag is deployed, and the occupants do not answer the call, it is automatically sent to the emergency services to the accident site; creates a wi-fi broadband, 7 devices to power up; possible through the smartphone, close or open the car doors, turn on the lights, check the oil life ...; request an address a restaurant or other destination while it is downloaded to the browser or the police can communicate GPS position of our car if we have previously reported stolen.

Among its many options, with outstanding exotic seats with massage and ventilation suction, especially highlights of Led lighting matrix Intellilux (850 euros). The first of its kind in the compact segment. It consists of 16 segments led to constantly adjust for driving permanently with high beam without dazzling other traffic, for creating mobile dark areas. To detect the lights of other vehicles used Opel Eye front camera (including possible frontal collision warning with automatic braking up to 60 km / h, Lane Departure assistant, reader traffic signs ...).

A study by the Technical University of Darmstadt (Germany), more than 80 km / h the driver side detects objects between 30 and 40 meters before, which increases the reaction time within 1.5 seconds.

The new generation Astra also stomp by its price / product with a discount of 2,975 euros this version, in part 20,325, something that can increase a varied list of options, but always at competitive prices.

The aim of the new Astra is to become one of the references in its segment. If we leave aside your optional equipment adds nothing substantially new, but it gets better than ever an excellent balance in all sections ... except the trunk, which hampers its minimum capacity. And it has good mimbres to succeed.