Infiniti QX50 The Concept arrive at the Detroit Motor Show 2017 with nearly identical aspect which will have when it goes on sale in the coming months. To highlight its VC-Turbo engine. 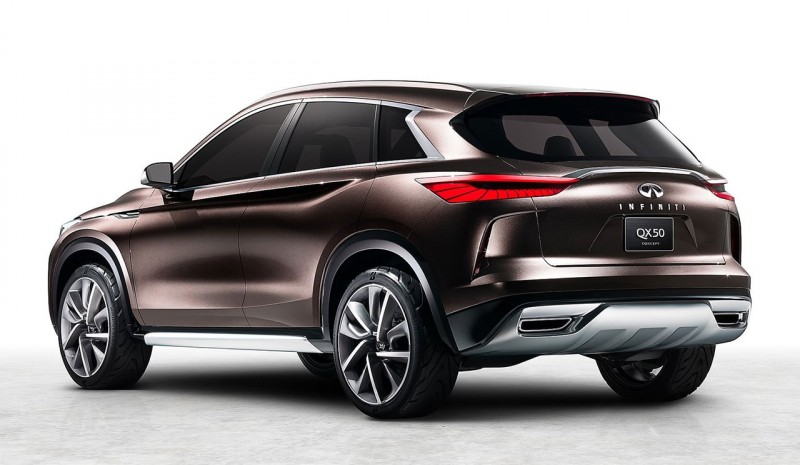 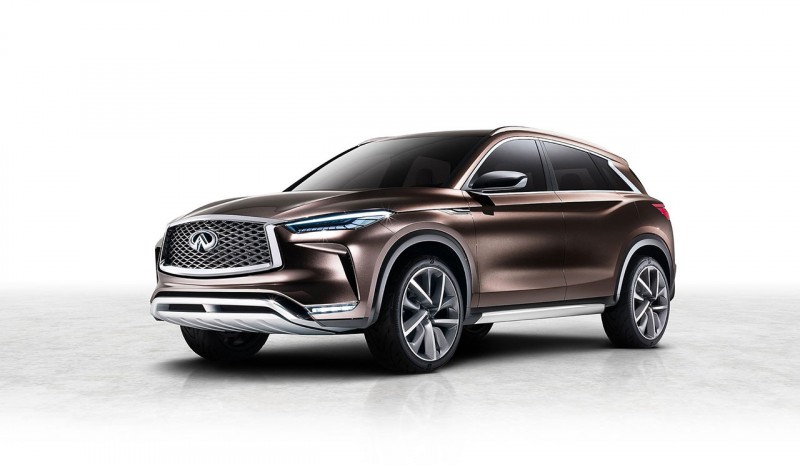 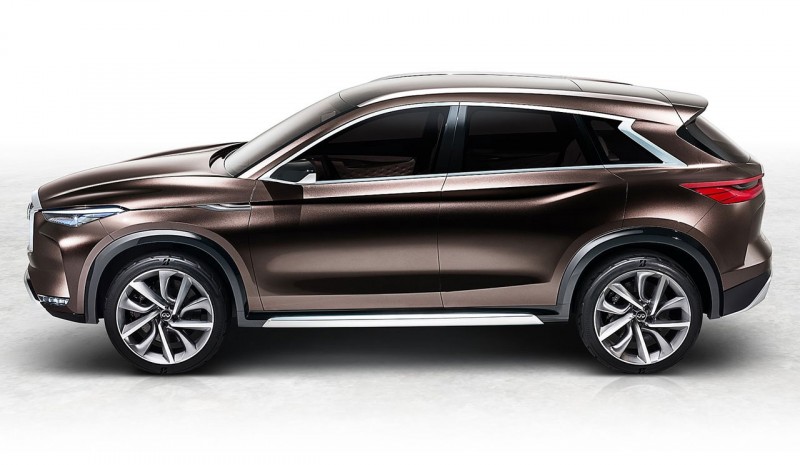 At Infiniti QX50 Concept We are the last step before the arrival of the final model, which will replace the mid-sized SUV which takes its name. The luxury division of Nissan and showed us a prototype in the past Hall of Beijing (Infiniti QX Sport Inspiration) to then unveil a first concept at the Paris Motor Show 2016. That car still had details that kept him away from the production model series, so in this Detroit Motor Show 2017 which will be unveiled almost entirely the final version that goes on sale.

His body still has a few sharp lines and very elongated headlights that have led technology. The grill comes in a high position and has a fairly generous dimensions, the same thing happens with front air intakes, one on each side. The rear view mirrors Outside now have shapes and a conventional configuration, leaving behind type 'camera' from the previous concept. The wheels have also taken a more logical dimensions in size, compared to previous sketches shown by Infiniti.

Inside the Infiniti QX50 Concept, We are speaking of quality materials, with a driver-oriented layout, with many driving aids and even the possibility of a future functions autonomous driving.

Although surely the most revolutionary of this Mid-size SUV is that it will for the first time with gasoline engine VC-Turbo developed by the manufacturer. It is a mechanism that applies a Variable turbocharging, so that it can, according to the driving conditions or driver demand, provide a compression ratio 8: 1 (High performance priority) or 14: 1 (Priority to efficiency). That is why this engine Infiniti states that two-liter 268 hp may be able to perform as a gasoline engine six cylinder (39.80 mkg of maximum torque), but with a fuel similar to one of four cylinders. Therefore, it could position itself as a clear alternative to diesel mechanics, who seem to have their days in Europe.