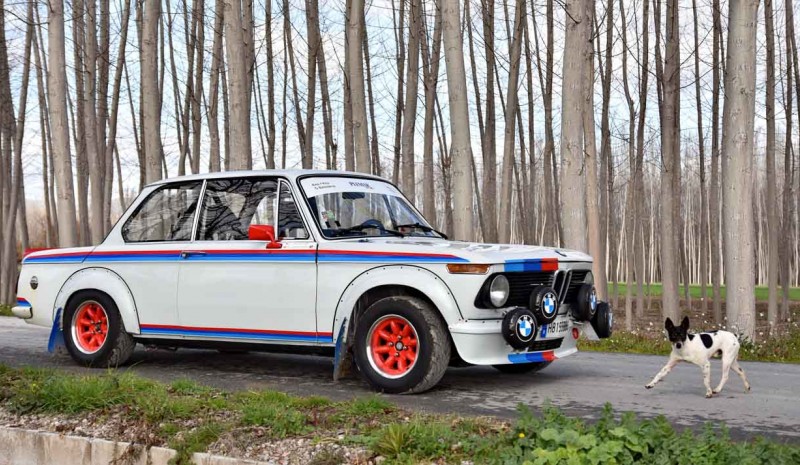 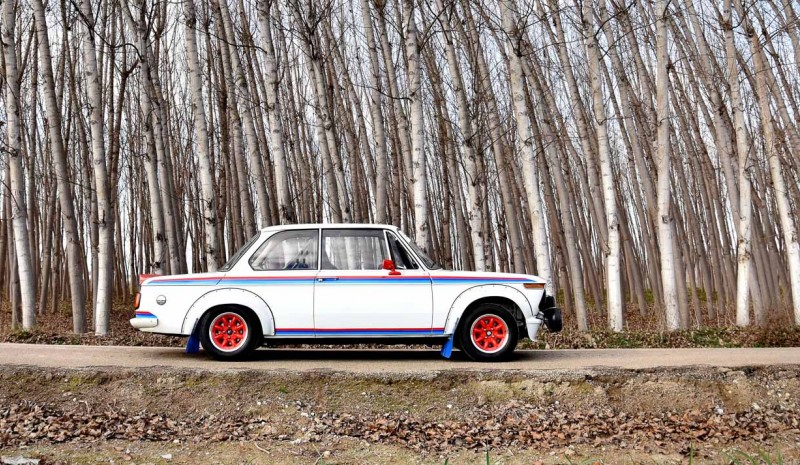 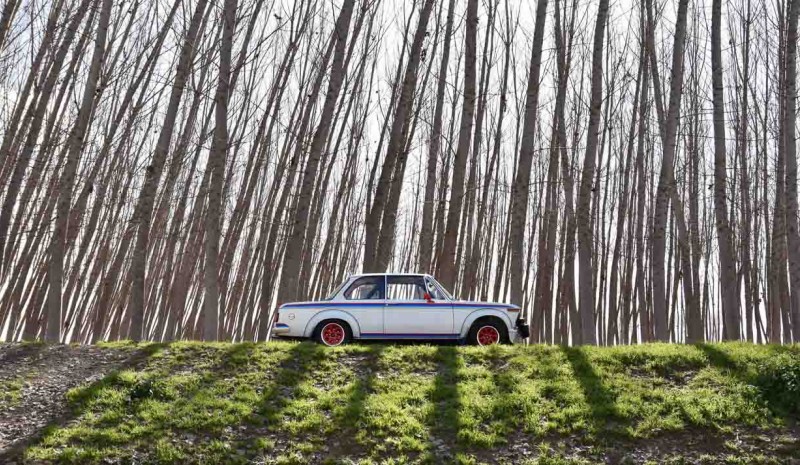 The Darwin's theory It is to say that animal species gradually evolve to adapt to the environment and survive. Extrapolating the Darwinian thesis, also automotive brands follow similar patterns, just as we could apply it to countless more or less everyday aspects. But for now we are interested in, the BMW 2002 Tii, it can be said that the current BMW 3 Series is only evolution, adaptation, improvement and refinement of the Series 02 of the 60.

Behind the serious crisis 50, the division motorcyclist and the Isetta could only alleviate, let alone the large and luxurious but obsolete structure 501 antebellum house Munich threw the rest launching a "Neue Klasse" aimed at reinforcing his image. In 1960, the inflow of capital from the Quandt family gave wings to this project saloons and coupes category which main objective should combining luxury, sportiness and economy.

And so, 1961, They were presented at the Frankfurt Motor Show he 1500 sedan four-door and coupe 3200 CS. The second put the emphasis on style, power and dynamism; the first, a mid-range sedan, sought to make the process profitable; and both marked the line of the future of the Bavarian house.

Years later consolidated salvage plan with success 00/02 range (Four doors and 2 respectively) and successive 1500/1502, 1600/1602 and 1800/1802, since U.S, the importer Max Hoffman He asked the German parent a sports version of the series 02. Coincidentally Helmut Wemer, director of planning and Alex von Falkenhausen, M10 engine designer, had already developed a title particular a 1602 with an engine two liters.

The response was immediate and quickly went on the market the BMW 2002 home equipped with a carburetor and 101 hp, which soon would be replaced by the Ti 2002 (International Tourism) with double carburetor and 119 hp and culminating in the 2002 Tii (International Tourism injection), four-cylinder engine which was fueled by a mechanical injection Kugelfischer: Power? 130 hp.

He Design BMW 2002 Tii It is very personal and identifying: the line with the three distinct volumes, the front wedge forming a bow and grill with characteristic kidneys and central round headlights. A modern and successful aesthetic traits that would mark design future series 3. But as you may have already noticed, Tii 2002 Photo is modified, and it is because this unit was prepared to compete in rallies for historic vehicles and has even FIA2 corresponding passport. I noticed in the intro of the article: usable daily and ready to race weekend. 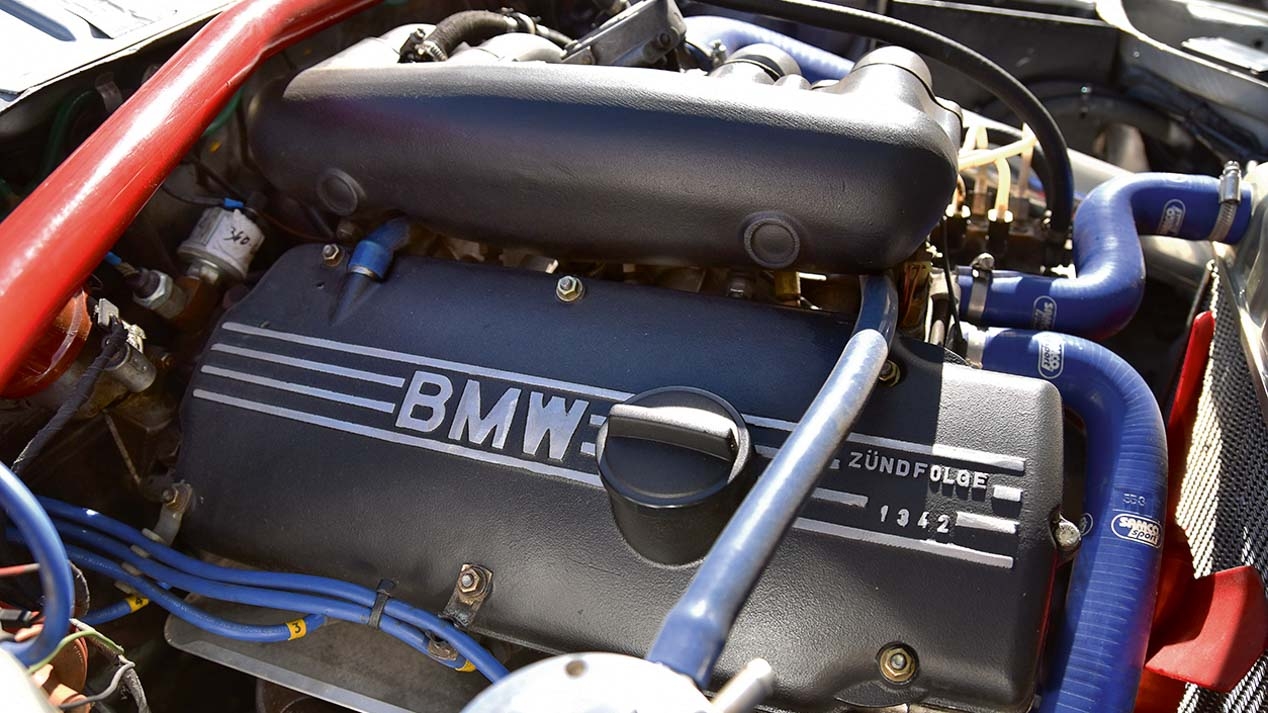 With all these modifications, the vehicle substantially improves their behavior and performance compared to a normal Tii. In his day, 2002 became, along with the Ford Escort, the Alfa Romeo Giulia and also to a lesser extent the Porsche 911 in the Race-client preferred by known 'Sunday racers' or European non-professional runners. At an advanced level, in Group 1 and 2, and despite the competitive preparations Alpina, Schnitzer, GS-Tunning and Koepchen, the 2002 -atmospheric or subsequent turbo had their particular coconut Alfa Romeo 911 GTAm and approved.

Thus, in Spain it isolated over the limited import quotas and in which the common fan ran with indigenous Renault 8 TS, or Simca 1300 Rally Seat 124, who could introduce a unit from Peninsula Canary -for example-, as is the case, he had half rally cattle. In fact, this particular unit has a historical record in regularly with a championship and several victories in national tests.

Live, striking his aggressive front, its fine B pillar, the C pillar leaning forward and rear trunk (which by the way mounts square pilots and not the previous round). However, it lacks, in my view, beauty and especially the muscle of an Alfa Romeo Giulia.

At interior of this BMW 2002 Tii It surprises me positively prepared interior space certainly very suitable for high size as mine. Furthermore generous glass area, gives feeling of spaciousness and brightness. The dashboard is chaired by a full box, before turning the main switch and fuel pump, observe a curious regulator steering assistance and timely watches reporting, in addition to the coolant temperature and voltage, temperature and pressure of oil.

hit the start button and no surprises sounds German powered four-cylinder injection and provided with free exhaust; that is, powerful and slightly raucous. Gtrag gearbox has exchanged the drawings of the first -left and -above- and down and back up. I admit it's somewhat cumbersome until you get used. On the contrary, its operation is convenient, but, yes, the whole change-differential has a very short development, with a top speed according to the Blunik meter only 145 km / h.

In exchange grants a outstanding acceleration in the first three relationships, with a third "all-purpose" in a regularity rally. I realized that to go from 25 to 75 km / h, it had to just step on a second or two or three. With a weight / power ratio around 7 kg / CV, the car achieves a performance that would blush, with a gap of 40 years, a brand BMW 420i (F32 type) in a stretch of twisty mountain. 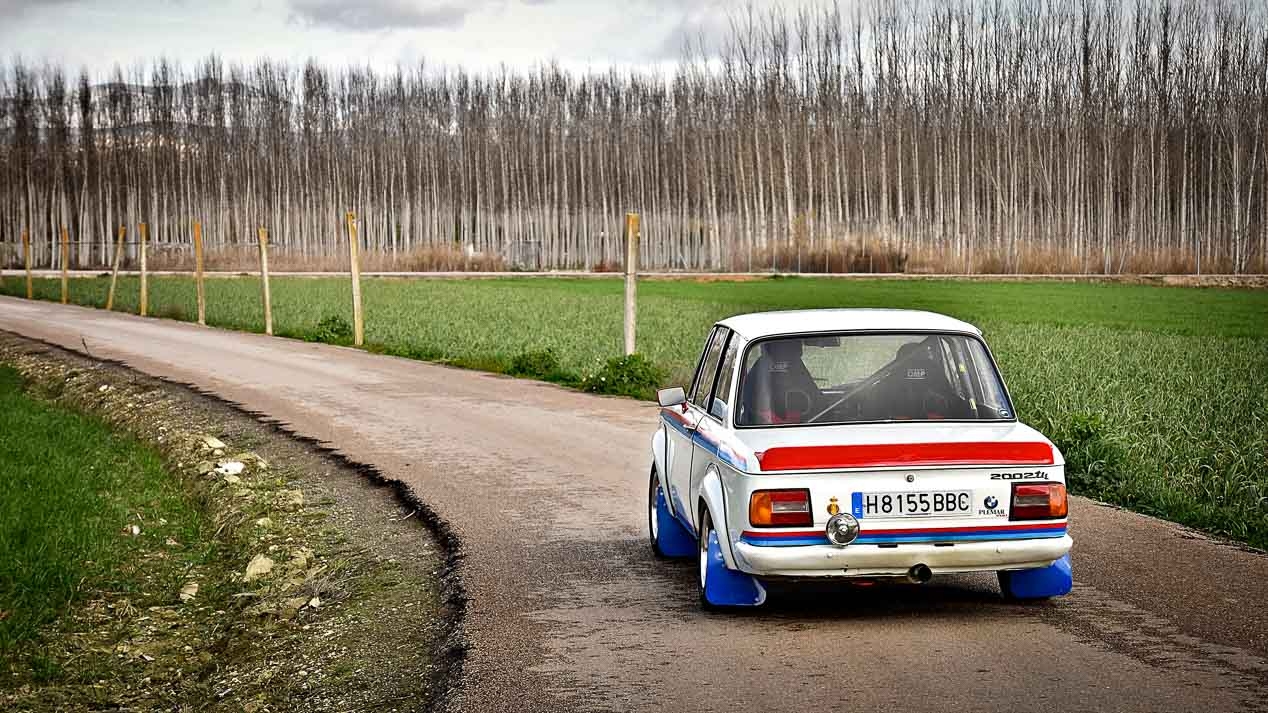 He is rolling in this field and cheerful, behavior is very neutral and its natural tendency to oversteer is neutralized the combined effectiveness of the limited slip differential 75%, Bilstein shock absorbers and tires Yokohama. Vira plane is balanced corner entry and exit well pulls and transmitting driver confidence.

It is logically right out of their natural habitat when it shows its shortcomings, taking wrong with the traffic and speed bumps city. But it's mostly highway to go when it shows signs to cycle 120 km / h mark cuentavueltas and 5,000 rpm. And although still has room, I note once again that their ideal terrain are back roads. The renewed brake system but do not affect it: braking is powerful and provides the appropriate level of trust and security.

One day after I taste it, I phoned the teacher Arturo de Andrés, who had a personal capacity one Tii 2002 1972. Asked how he was going to show, I said that, without modification, the series Tii were as leathery as the models here prepared for amateur competitions. "The car series had a weight distribution of 56.5 / 43.5 percent in the front and rear respectively trains. With the original suspension recalled Arthur, the car tended to balance, though not as much as its competitors. Also with open front differential and such weight, he tended to understeer to oversteer after first requiring special attention during acceleration in second gear and wet, where it was easy to lose wheel. Yes, it was a robust and very reliable car that sold 250,000 km without having opened the engine or consuming a drop of oil. "

Ultimately, the BMW 2002 Tii was a very advanced car in its time, with an independent frame wheels, an engine so reliable that even Alpina marketed a version with 200 hp while maintaining the same warranty as BMW was offering an optional limited-slip cash and a box of five relationships recommended also offered as an option. With all these elements, BMW made its own right a gap in the market for European sports sedans starting a path which is today a reference.

Classics of tomorrow: cars today that will make history