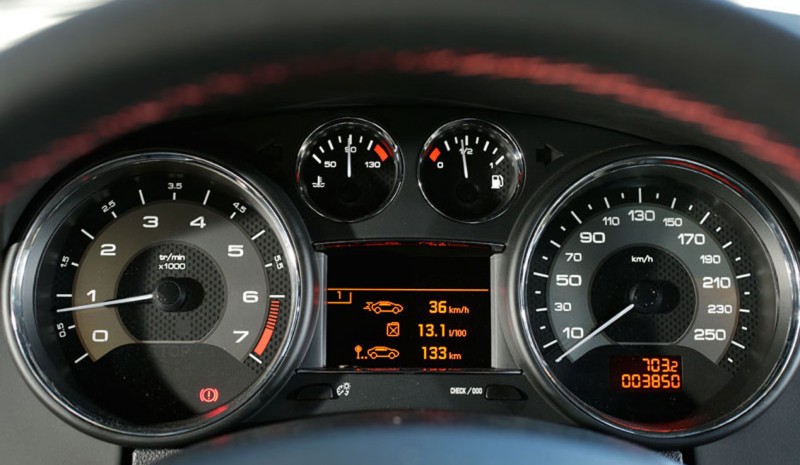 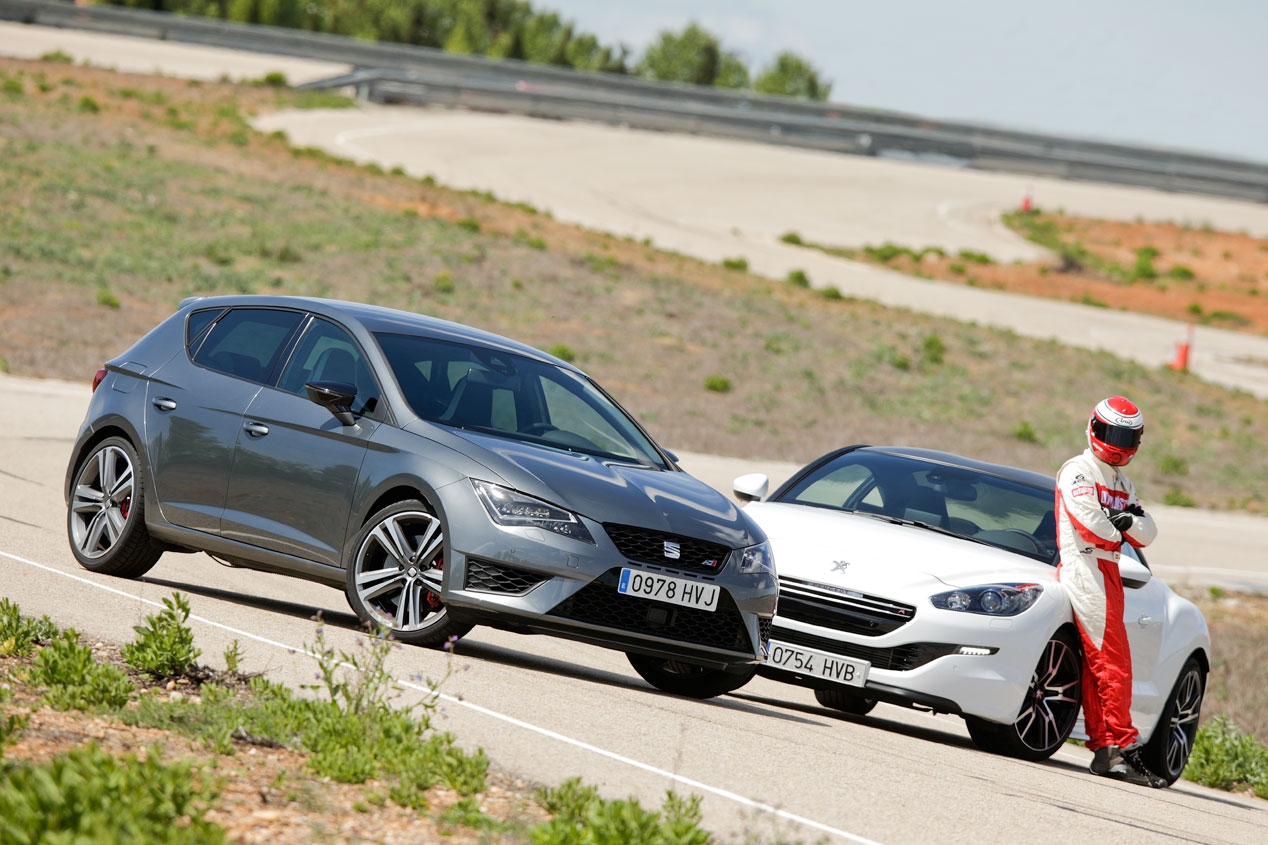 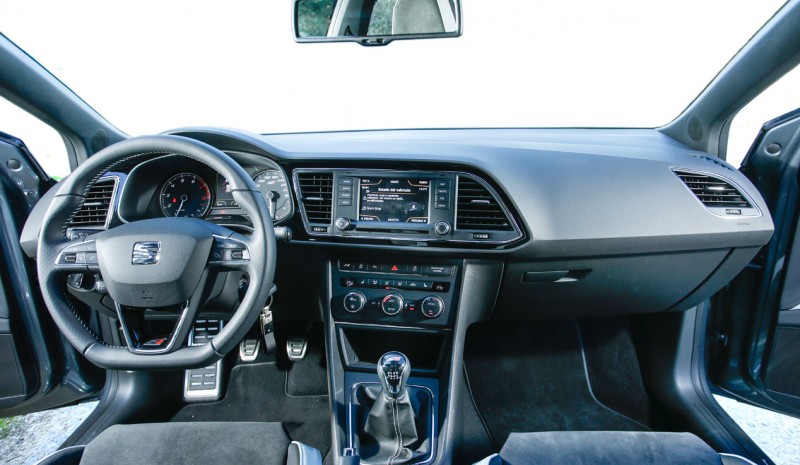 Seat Leon Cupra beat the time in our usual circuit of the INTA (National Institute of Aerospace Technology) all rivals. He came to do the same in Nurburgring (Germany), although there the adoption of the optional Performance Pack sowed doubts about whether the Cupra was really the compact world's fastest series. He arrived at our test track, this time without any additional aid which it had to pay more, and beat forcefully; confirmed: Currently there is no other compact fastest street. Now tell your Mégane Renault has managed to beat him, but also using certain extras Racing as tires, exhaust, brakes ... For now, and until it is something official and the Mégane reaches our hands and show it, Compact king is the Seat Leon Cupra.

We had not subjected to RCZ R the fastest lap test at INTA. He left very dissappointed in his first test and the arrival of the Cupra has been the best excuse for see if it really is as effective as pointed and as you will see in the time circuit it has been. a nice duel is presented.

Seat Leon Cupra has endowed a magnificent frame, and when I use the word great is not only because it has been fast, but also by the quality tuning. I believe that when a car is quick and easy once the driver is that it is well done. Count with one active differential, multilink rear suspension and shock absorbers of varying hardness. It does not have the vividness of reactions almost racing Renault Megane RS Cup chassis and mechanical brutality of the very rapid Opel Astra OPC; Lion bases its effectiveness in its electronics front and rear guiding aplomb, accompanied by a very fast engine with good resources and better high. Trust me, GTI is a very well done, perhaps somewhat bland in its aesthetic but extremely effective.

Opposite, a sports coupe derived from a compact. Technically simpler than the Seat, Peugeot RCZ R the bet for conduct which does not intervene electronics from the time when the ESP is turned off, and it also has its charm. Uses a 1.6-liter engine, compared with 2 liters of his rival, with 10 hp less -32.5 CV in our mediciones- a mechanical Torsen limited-slip differential and a semi-independent torsion beam rear axle by ... and yet has been faster; Let's see why.

The RCZ Peugeot born as a sports from the first sketch, while Cupra shares the body, not set-up with the rest of the León family, It is including versions with the economy as the main premise. From there all advantages for the French, with body proportions lowering the center of gravity based wider track and lower height, important detail in any sport; at the bottom of course, they are not as rivals in sales as if they have been in this comparison.

Since you put them up They feel like sports race. Peugeot has a more elaborate sound escapes, or at least I liked it better. Lion purrs like no rival idling, as if follow strict guidelines discretion must even affect the body, but it reveals who he really is as Cupra driving mode, engine over -lleva one resonador- that escapes is selected. The first warm-up lap I give to each, which sought to have temperature in the rear without much warm front, and tells me that Lion goes back very subject, I would say excessively, and the RCZ too nervous, while cold holding back support I'm almost about to spin (ESP disconnected in both, of course). Round starts fast cornering linked in fourth gear, with a strong change support ending in braking, put the second and the straight angle clockwise. At the entrance of this zone RCZ gives me more confidence, also because some km / h slower arrives, not many. In the Lion, raised the right foot slightly before entering what is usually called a light removes fears and once again thoroughly. Nor flinch, what I implied that fast track this car has to be even better than demonstrated in the twisty INTA. I leave fast and I have to wait to set it straight to stop, because support costs more than the Peugeot stop, so I go always a little strained; If I do this very slow to slow before I lose time.

By that point the RCZ R passes thorough but quick in the second unsettles the rear train. I touch the brake light and full support countersteering let me take it straight and get good speed on the curve; That's faster than the lion, but also makes you work harder. 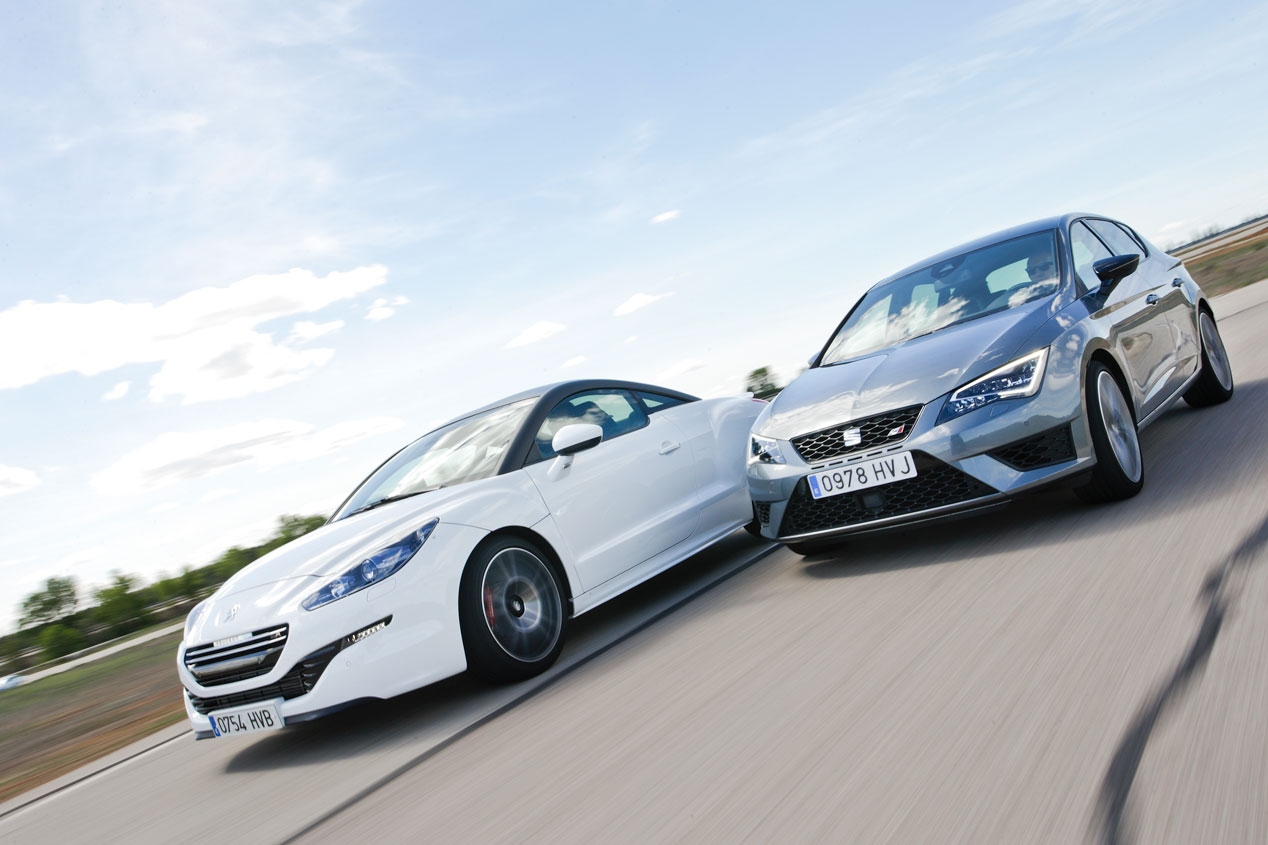 In slow curve the RCZ again drives me to give more confidence to the entrance fruit, again, their rear contributor. I can open the throttle very quickly, the nose starts pulling inward curve to quickly begin to understeer outward. It goes very fast. The same operation in the Lion occurs in different forms but something better result. Must rely on electronics, but not where you cut the wings, rather that makes you go really fast. Being so settled back will not let you round the racing line as the RCZ R and forces to make a more pronounced peak in the curve. You brake later and are late vertex input address metes open gas curbed. At that point you start to notice "strange things", as if it were an ESP, but forget, it is the active limited slip past couple of one wheel to another like mad not to lose traction.

He Leon Cupra in the slow areas, despite having a step slower curve, Get out faster of each one. Its differential is the key. Thanks to it have allowed the luxury to hold back both to make it easier and solve this theoretical disadvantage with excellent traction. It's a job very well done. Meanwhile the R bet on a more traditional, very fast and full of emotions sporty handling with a rear standing with ease. The end result is very even, with 7.6 tenths of a second for the Peugeot, be worth makes his good manners and lightness. There are two styles of car, both in form and in their behavior. French surprising agility and speed of your "little" engine, while the Seat you stay with how easy it does things and how well it pulls. Too bad the Lion does not have the sporty appearance of the RCZ R and it is not as versatile as the Seat; it is clear, you can not have everything. 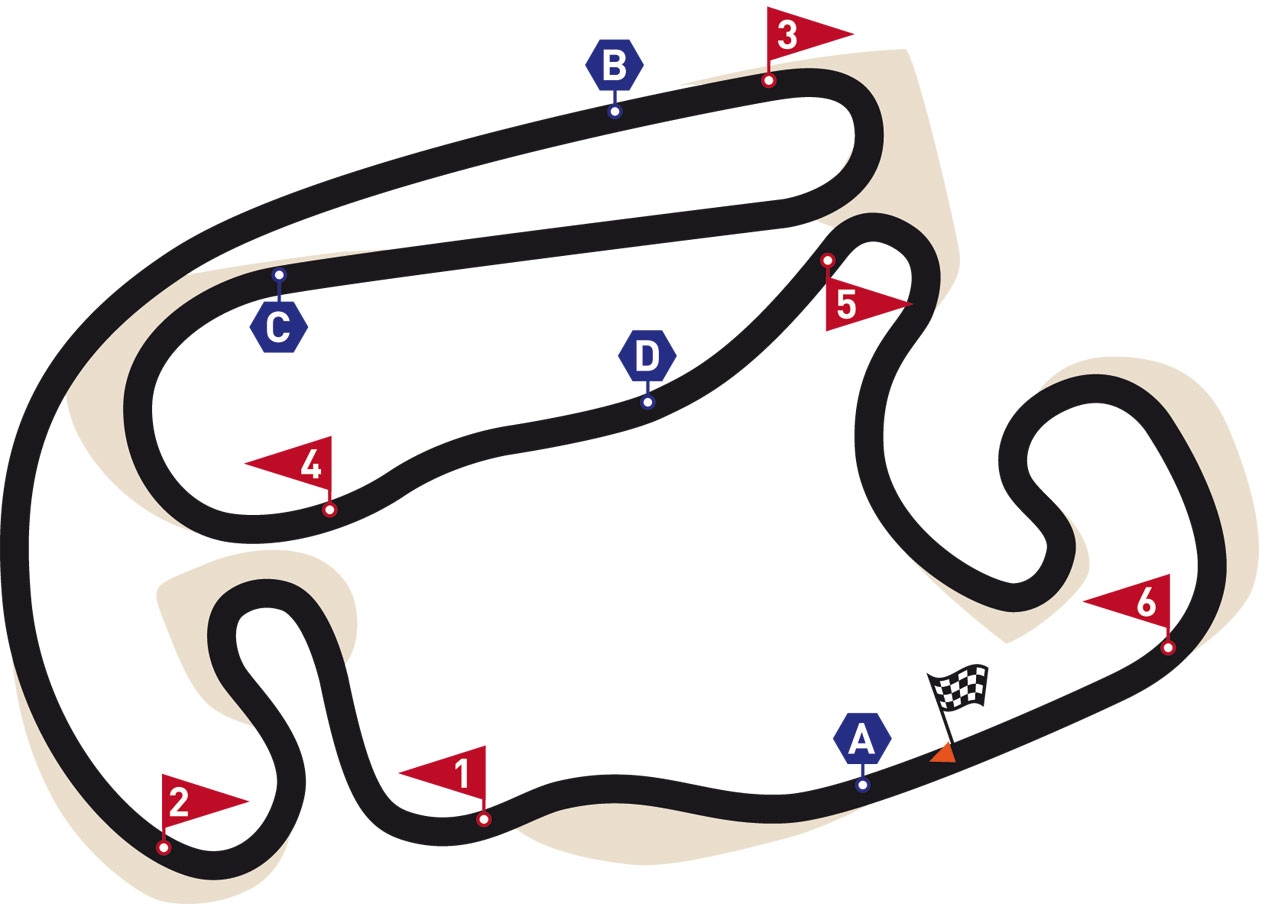