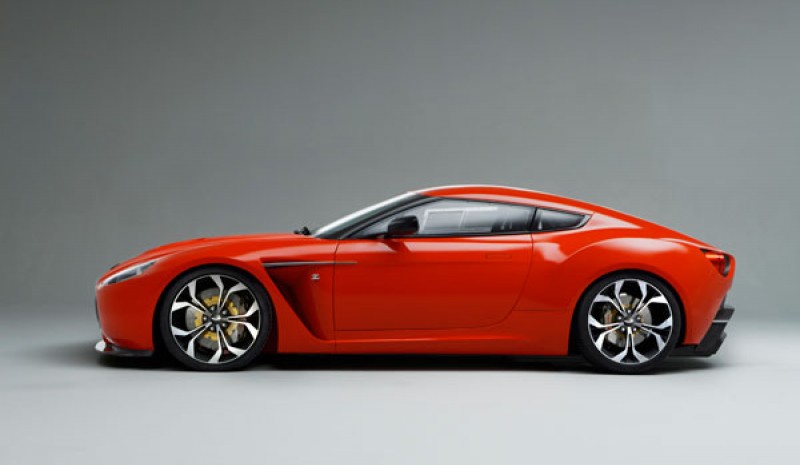 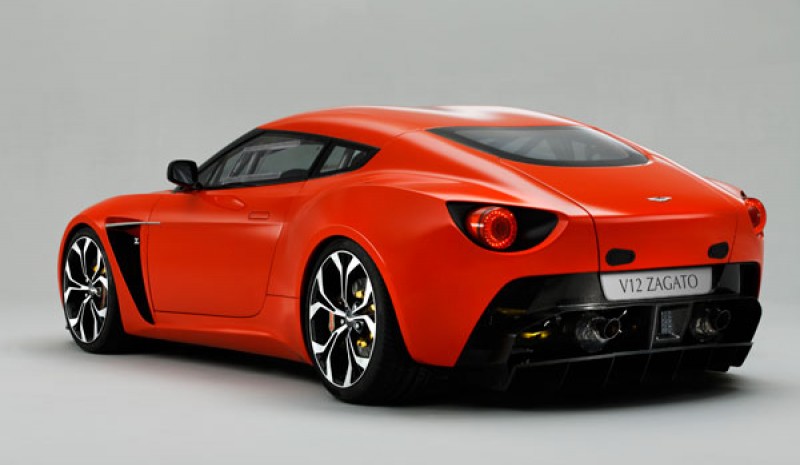 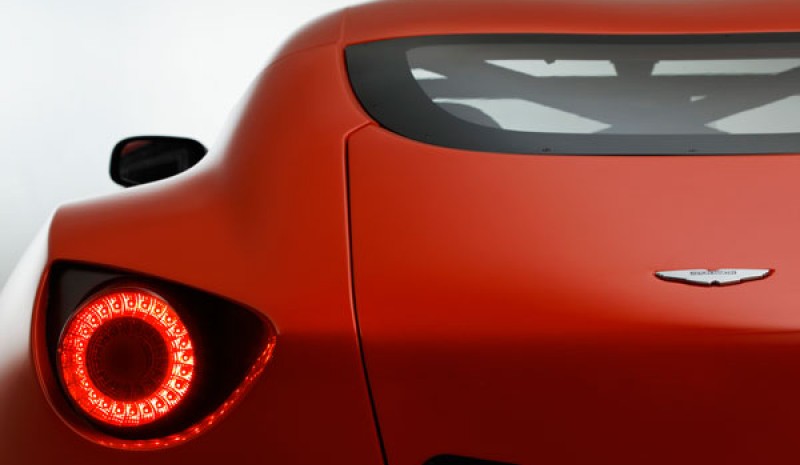 Aston Martin and he left a year ago to see what would be his new 'V12 Zagato', a spectacular two-seater sports, aesthetics and two-door coupe. It is based on Aston Martin V12 Vantage mounting the same engine, an engine V12 from 6.0 liter 510 hp located on the front of the car but transfers its power to the rear wheels. Its torque is 58.1 mkg to 5,750 rpm and has six-speed manual transmission. Everything is perfectly prepared for this car reaches a top speed of 305 km / h, can go from 0 to 100 km / h in 4.2 seconds,.

Aston Martin V12 shoe incorporates on an aluminum material which is also used in hood, roof and doors, while the rest of the body is made of carbon fiber. Its measures are 4.38 meters long, 1,86 wide and 1.25 tall and has a wheelbase of 2.60 meters.

Its independent suspension on each axle and wheels mounted 19-inch tires Pirelli P Zero Corsa with 255/35 R19 front and 295/30 R19 behind. Its breakneck speed can slow down thanks to ceramic disc brakes with measures of 398 mm front and 360 mm on the back.

Inside, we can find two types of seats to choose from, both with sporty look but differentiated by their weight and possible adjustments. Among its equipment features cruise control, heated mirrors, Bluetooth, browser, rear parking camera, USB and tire pressure sensor.
It is available in four colors: 'Scintilla Silver', 'Alloro Green', 'Alba Blue' and 'Diavolo Red'.

Unofficial reports suggest that the fact of making 101 units instead of 150 announced last year it would duty to the current economic situation and the fear of not monetize this English car care looks back on more than 2,000 hours of precise work.