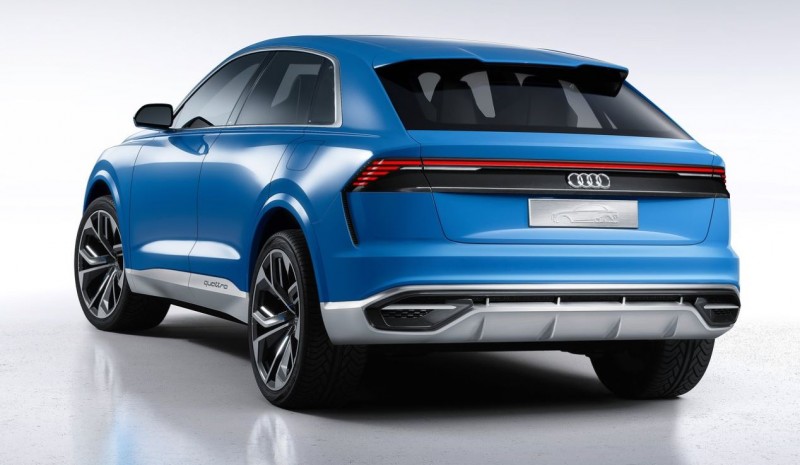 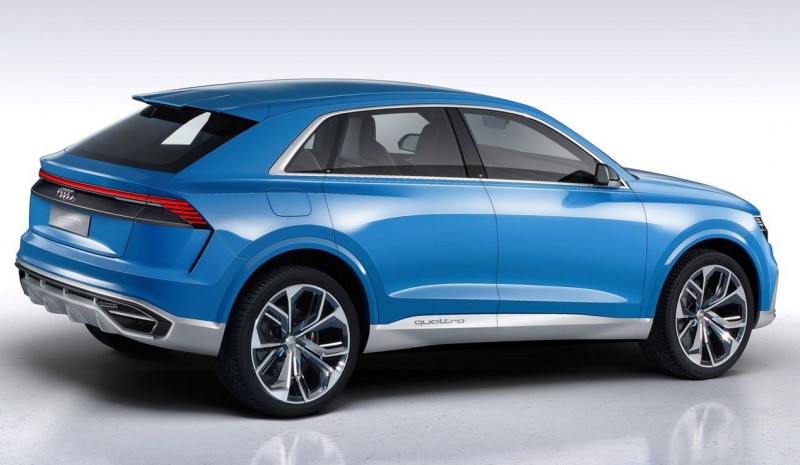 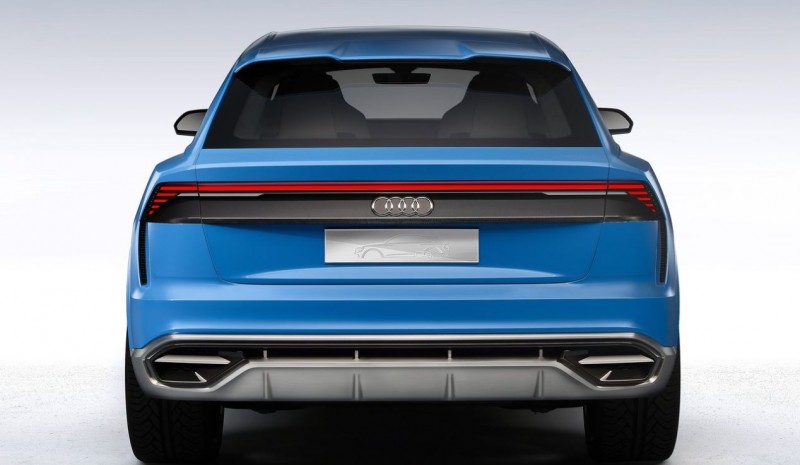 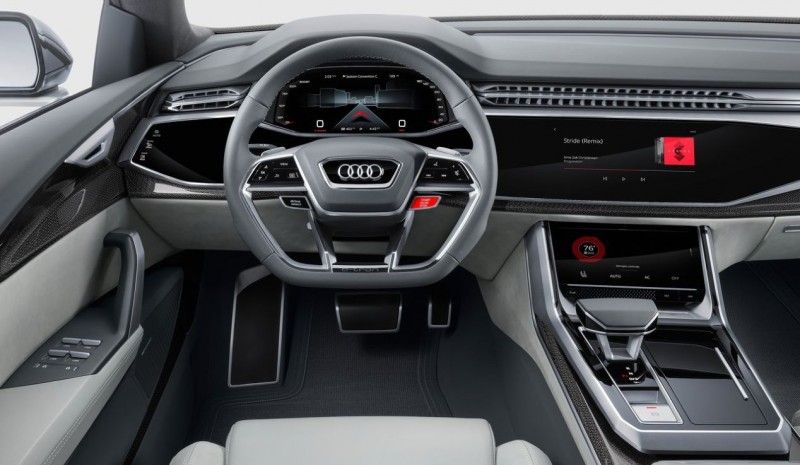 Audi Q8 Concept with the manufacturer proposed in the 2017 Detroit Motor Show by one step on the range with sporty accent and comes even closer to the level of cars like the BMW X6 and the Porsche Cayenne. This model coupe-like and self-proclaimed as a Large SUV, It maintains certain sporting touches that characterize this resource luxury segment. And the brand wants this car is proclaimed in 2018 as flagship range.

Mounted on the platform MLB EVO (The same as the Audi Q7), will share elements of their little brother and will feature dimensions 5.02 meters long, 2.04 meters wide and a height of 1.70 meters. Battle Audi Q8 Concept It is three meters.

In the front, there is a large front grille with current and typical hexagonal shape, combined with the marked lines of the front of the car. Optical groups lights are given as X and the digital laser technology Matrix, accompanied by some type LED daytime running lights, which also made the work dynamic direction indication.

Perhaps the highlight of your profile is the way they are integrated door windows, the latter handleless sight, so that its opening is caused by the Contact hand. 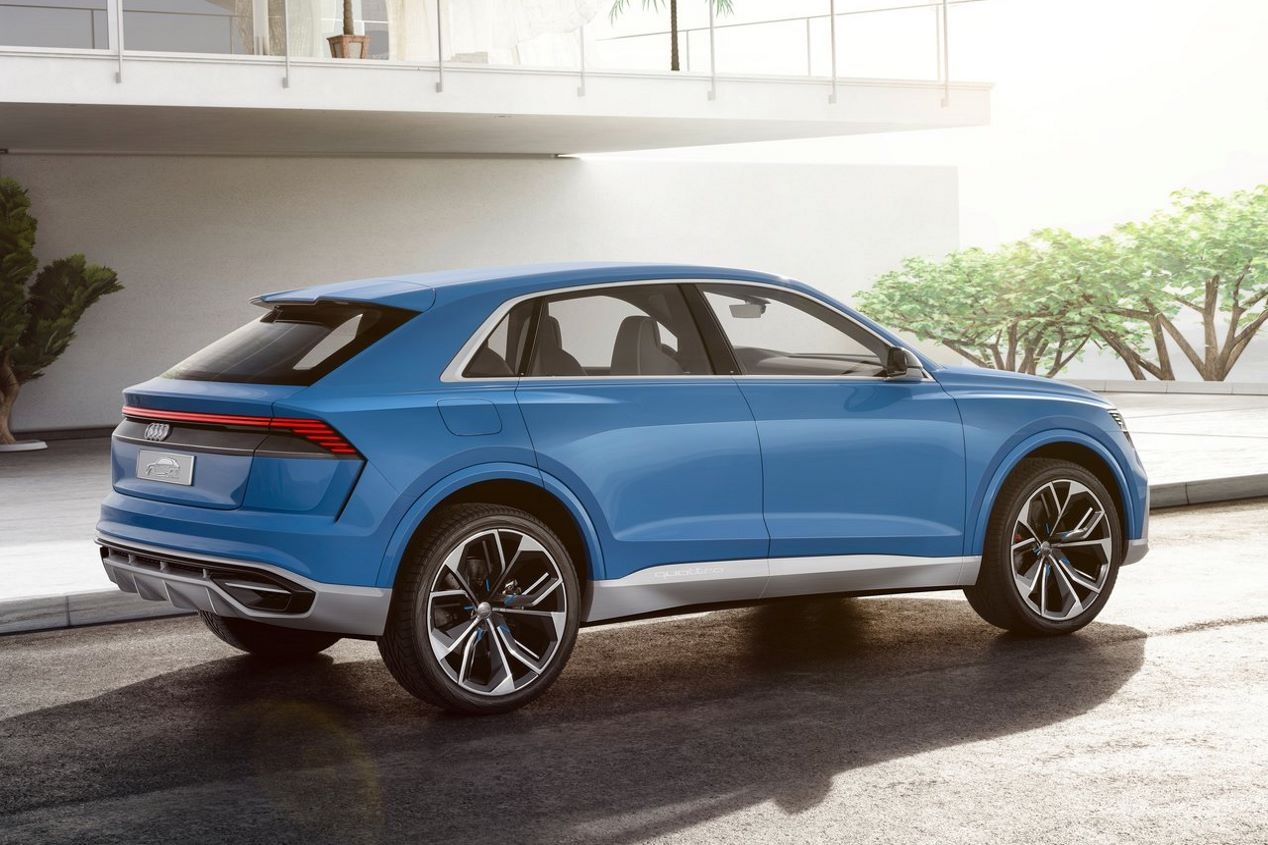 Inside the Audi Q8 Concept presents a space for four occupants in total, with an elegant and luxurious aesthetics, using the 'virtual Cockpit '(box digitized instrumentation) and a 12.3-inch touch screen in the center console.

In the trunk there is talk of a capacity of 630 liters volume, more interesting for the segment we're trying space.

East Audi Q8 Concept uses a propulsion system hybrid plug yielding a total of 330 kW (445 CV), Due to the combination of a gasoline engine 3.0 TFSI 333 hp and an electric motor of 100 kW (134 hp), engaging a automatic gearbox eight-speed tiptronic. The maximum torque of 71.42 mkg is announced.

The interesting thing about this is that Audi Q8 Concept is also homologated consumption only 2.3 l / 100 km, with a range in electric mode 60 kilometers and total range of over 1,000 kilometers with the reservoir and the battery at full charge. The latter has a capacity of 17.9 kWh and can be fully charged in two hours with a power of 7.2 kW output.